Apple spritzer, Spezi, Berliner Weisse - these are some of the most popular thirst quenchers in Germany in summer. 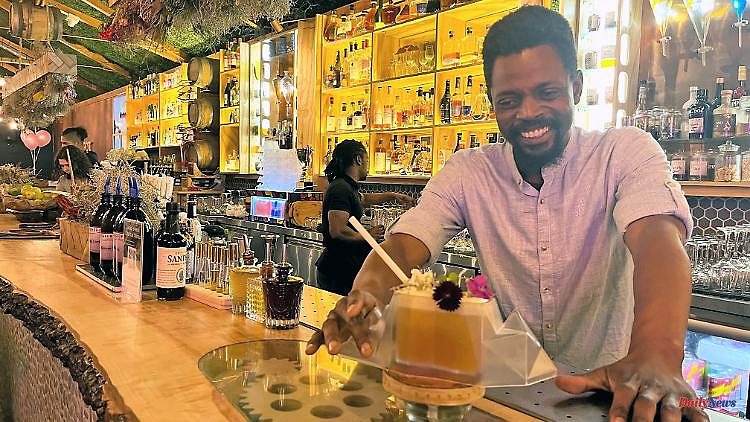 Apple spritzer, Spezi, Berliner Weisse - these are some of the most popular thirst quenchers in Germany in summer. Different countries, different drinks: From Bangkok to Cape Town, a wide variety of trendy drinks are popular to get through hot days in a good mood.

When it's hot, people around the world long for cool thirst quenchers to refresh their sweating bodies from the inside. Almost every country has an insider tip ready. Some drinks are tradition, others are just becoming a trend drink. A summer trip around the world between herbs, infusions, purple soda and resin paste.

The iced tea Cha Yen is very much to the taste of the Thais - namely quite sweet and still very refreshing at the year-round high temperatures. The famous cold drink is available on every corner from Bangkok to Phuket. The color is unmistakable: the Thai Ice Tea shines in sunny orange. First, a strongly brewed black tea is poured into the glass, which has been refined with spices such as star anise, cardamom, tamarind or orange blossom water. This gives the drink its unique touch. The tea is then mixed with a good portion of sugar and sweetened condensed milk and poured into a glass with crushed ice. With its perfect balance of creaminess, spicy aromas and sweetness, the revitalizing mixture not only inspires locals but also tourists.

And another drink comes in a striking color in Thailand: Butterfly Pea Soda. The trend drink shines in seductive purple-blue tones and is made from the blossoms of the "Clitoria ternatea" plant (butterfly pea). Among other things, it is said to have a calming effect, but it is also said to have other health benefits. In Southeast Asia, it is commonly used in dishes and drinks. As a soda, Butterfly Pea is extremely refreshing with its herbal notes.

In the tourist metropolis of Cape Town, cocktails infused with local botanicals are trending this season. A classic is the Table Mountain, a shaken sour brandy cocktail with a dash of locally made vermouth. There are also mint, cardamom, lime juice, orange bitters, rooibos syrup and a tart infusion of fynbos leaves, the shrubs typical of Cape Africa. The drink is served with a foam cap symbolizing the clouds on Table Mountain and decorated with edible wild flowers. "Aromas of local plants are all the rage, not just fynbos, but also bacon tree, elderflower and knapweed," says Michael Tonderai, bartender at the Cause Effect cocktail bar, from where you can admire Table Mountain while enjoying a sundowner.

When it comes to the term submarine (Greek: ypovríchio), food lovers from Athens to Alexandroupolis first think of viscous mastic that is dipped into ice-cold water with a dessert spoon. For the chewy paste, sugar and vanilla are mixed with the resin of the mastic tree, which only grows on the island of Chios. The resin has a rather idiosyncratic - just resinous - taste. Every Greek grandma knows how to make the grandchildren happy with the mix. The mastic mass slowly dissolves when stirred in the cold water - but some sweet toothers lick the paste straight off the spoon and then drink the cold water to refresh themselves in the Greek summer heat.

In the hot summer months, the sweet and slightly bitter traditional drink is available on every corner: citronnade. Lemonade not only effectively quenches thirst, many fans also swear by its health benefits. Citronnade strengthens the immune system, lowers blood pressure and regulates digestion, say the Tunisians. Some people swear that the cloudy yellow drink is also a slimming product. However, the drink, which consists of pureed lemons, their peel and still water, also contains sugar. When it comes to production, there are two camps in the country: some first pre-cook the lemon mixture, others not. A few mint leaves or almonds refine the filtered drink, which is consumed chilled.

On hot summer days, Israelis like to drink the sweet fizzy drink Gazoz. In Tel Aviv there is a particularly trendy version of the traditional fruit lemonade: fermented fruit is mixed with fresh herbs, ice, mineral water and spices. At Benny Briga's iconic kiosk at Levinsky Markt in the south of the city, every drink is a unique blend. The taste of the drink is somewhat reminiscent of the fermented tea drink Kombucha. But the special thing about the Tel Aviv Gazoz are the beautiful arrangements of flowers and fresh herbs that decorate it like a bouquet - as if made for impressive pictures in social media.

The average German holidaymaker almost always orders a cold beer or sangria on hot summer days - whether on Mallorca or in Madrid. Tinto de Verano - or summer red wine - is at least as popular with the Spaniards themselves. The drink is said to have been invented around 100 years ago in Cordoba, Andalusia. The mixture is not only more refreshing, but also more tolerable in the heat than undiluted wine. The recipe? Very simple: half red wine and half sparkling lemonade. Some lemon or orange slices, ice cubes - and you're done! The difference to Sangría: This is usually prepared with fruit, juice and often other alcohol and is much sweeter.

In the event that

Sugar cane juice is very popular in India, where temperatures are currently well over 40 degrees. Many people in other Asian countries also appreciate the green juice. You can find it everywhere on the roadside, where vendors prepare it on the spot. They press the sugar cane through a diesel-powered machine and then mix in lemon, ginger, some salt and ice. The ice is often not completely hygienic, but it makes the drink all the more refreshing. A glass costs around 10 to 40 cents in the capital, New Delhi, says seller Salman Khan. He later sells the leftover sugar cane to farms, where they eventually eat cows and other animals.

The most famous and most colorful dessert of the island state is also a drink: halo-halo, in English something like mix-mix. To prepare it, sweetened fruits such as bananas or coconut strips, candied mung or kidney beans, and pieces of red and green jelly are covered with shaved ice. It's all doused in condensed milk and topped with leche flan (the Filipino version of crème caramel) or purple yam-flavored ice cream and sprinkled with toasted baby rice. Then the splendor is destroyed and everything is mixed together (hence the name). The thick liquid is drunk, the fruits and beans spooned. The ingredients vary in different regions.

When quenching their thirst, the Swiss turn to Rivella. The carbonated lemonade is considered the secret national drink. Citrus-like, with notes of nectarine, apricot and a bit of nuttiness - this is how a wine taster describes the aroma in a commercial. The recipe is secret, the original drink has remained unchanged since the family business was founded 70 years ago. There are now variants with less sugar or fruity aromas. All we know is that Rivella is made on the basis of milk serum. The cultural scientist Walter Leimgruber says about the secret of the success: "Some have the feeling that the Swiss have milk in their veins and not blood." 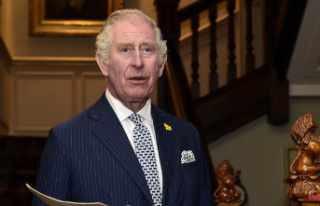