Hint of cedar and Co.: Are you still grilling or are you already smoking? 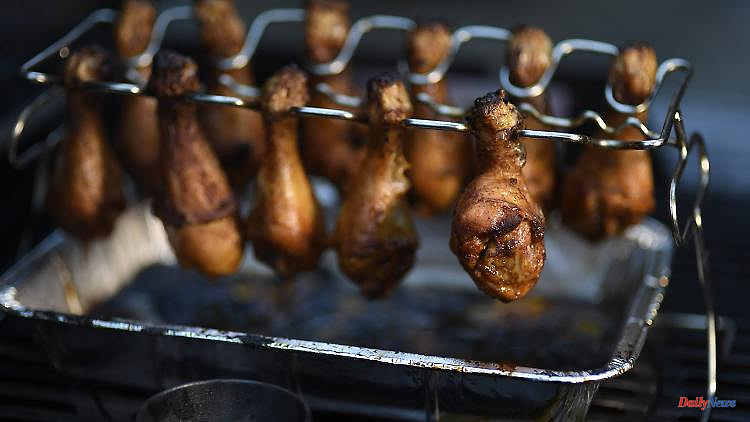 Smoking is trendy in 2022. Smoking wood chips are used for this, which give meat, fish and vegetables a special taste. You can also make smoking tools yourself.

Which smoking chips made of which type of wood can be used for which grilled food? And which grills are the best to smoke it on? Bart Mus has been hearing these questions a lot lately.

And there is a reason for that: according to the chef and grill master at the Grill Academy Ingelheim, smoking is becoming increasingly popular. "We notice that in our barbecue courses," says Mus. "People are asking questions they didn't ask a few years ago."

But how does smoking actually work? When smoking, the food is not placed directly over the fire, but is cooked in hot air or smoke over a longer period of time. "With a conventional kettle grill, the smoking wood chips can be placed directly on the glowing coal bed," explains Bart Mus, who gives grilling courses for a large grill manufacturer. The grilled food is placed on the grate above it and takes on the taste of the smoke.

It is important that you soak the chips in water an hour before you start grilling and then let them drain. This delays the onset of smoking, but intensifies the taste of the food. Just as important: that the grill has a lid. Because without a lid, the smoke flies in all directions instead of going into the grilled food.

With a gas grill, a smoker box can be used for smoking. This can be filled with the smoking chips and placed directly in the grill. The grill grate is removed and the smoker box placed on top of the burner cover. Alternatively, the box can also be placed on the grill next to the food. "But it really doesn't matter where exactly the box is in the grill," says Bart Mus. "The main thing is that the lid is closed."

By the way: If you don't want to invest in a smoker box right away, you can try smoking first. According to the "Sizzlebrothers" YouTubers, the soaked, drained wood pellets or smoking chips can simply be wrapped in aluminum foil. Then poke a few holes in the foil and place the incense packet in the grill.

If you want to make pulled pork with this method in the gas grill, for example, you always need about ten such packets at the same time. Since the chips smoke quickly, you have to refill them again and again during the smoke process.

Ready-made disposable smoking boxes made of aluminum are also available in specialist shops. Here it is worth playing with different temperatures. For example, turn on one of the outer burners on the gas grill, set the middle one to the lowest level and place the smoker bag there. Incidentally, smoke should never rise from the grill. The smoke may remain subtle so that the food is cooked slowly and gently.

Grill and smoking boxes - so that's settled. The next important decision concerns the type of wood used to create the smoke. Because the different types of wood release a wide range of scents and aromas. "Smoky wood from the apple, cherry or plum tree produces a fruity, mild smoke," explains Maximilian Böhm from the "Raeucherchips.de" website.

The wood from these fruit trees is perfect for all types of meat and poultry, as well as for vegetables and fruit. The grilled food gets a deep yellowish, slightly brown colour. Smoker's Tip: The fruit itself can be used as a grilled dessert, or its juice can be used to cook food.

"Beech and alder wood chips have a slightly stronger taste," says Böhm. "They are particularly suitable for fish, seafood and vegan grilled food." The most distinctive, strongest types of wood are mesquite and hickory. They would be used to add a proper BBQ flavor to the meat.

Good to know: The pellets often come from the USA, where the hickory tree is native. Although the tree belongs to the walnut family, its smoky flavor is not comparable to that of a local walnut plant.

Equally interesting: Logs from disused trees are often used to produce smoking chips, flour or pellets. So it's a kind of recycling that can also be done at home if you have the right equipment. Disused, chopped up brandy barrels can even be used for an extra delicious smoke aroma.

Maximilian Böhm reminds that the ratio of smoking chips used to grilled food should be balanced. Also, hardwood or fruitwood should always be used, not resinous softwoods or treated wood. And: Different woods can be combined and spices such as bay leaves or juniper can be added to the mixture.

Oliver Pozsgai, grill coach and founder of Grillzentrale Leipzig, recommends trying out another type of smoking: preparing salmon on a cedar board directly in the grill. To do this, the smoking board is soaked in water for about two hours and then placed on the grill grate over direct heat. You wait for it to crackle and smoke.

Meanwhile, the salmon is pre-portioned on the skin and seasoned with salt and pepper. The board is placed in the indirect zone, the fish goes on it. Let it absorb the smoke for about six minutes. Then it is thickly coated with marinade and grilled for another ten to twelve minutes.

Trained chef Pozsgai emphasizes that it pays to invest in quality grilled food. For him, it is not true to buy a 1,500-euro grill, but to reach for discounter meat when it comes to grilling. "For us as professionals, it would be desirable if the trend developed even more in the direction of sustainability."

Vegetarian or vegan grilled food is celebrating a kind of revival and really delicious grilled food can be prepared with it - but it has not yet really established itself as a trend. That's why Pozsgai's motto is all the more: It's better to buy a few high-quality grilled items than cheap ones in bulk.

And finally this: Smoke aroma, for example from bacon, can be imitated in a deceptively real way, according to grill master Bart Mus. And with smoked onions. For an onion tart: "Just turn on the grill on low heat, put in wood chips, peel the onions, cut into slices, brush with a little oil and smoke for 20-45 minutes." Depending on how much flavor you want them to have.

Then the onions are stewed normally in the pan and come on the cake. "Everyone will think there is bacon in the cake. Of course, no one will be able to see it, but the smoky flavor is nice."

1 27 percent protection: Lufthansa with a 21 percent... 2 In several points: premium savings contract lawsuit... 3 Driving ban for the car: On the road with e-scooters... 4 Invest in concrete gold: Is real estate still a worthwhile... 5 Air number at Lidl: This is the deceptive package... 6 Lifesaver in an emergency: is your smoke alarm still... 7 Relief fizzles out: consumer advice center: postpone... 8 Seven tips: This is how you can save money on insurance 9 Extraordinary hardness: Can the speeder avoid a driving... 10 Smart Gardening: Gardening in the digital age 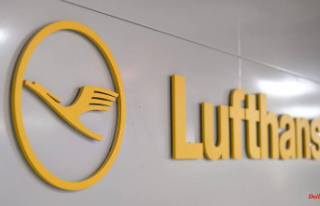 27 percent protection: Lufthansa with a 21 percent...