Holidays in Sandringham: Here you can spit in the garden of the Queen

In the English county of Norfolk there is a historic water tower with a pretty holiday home. 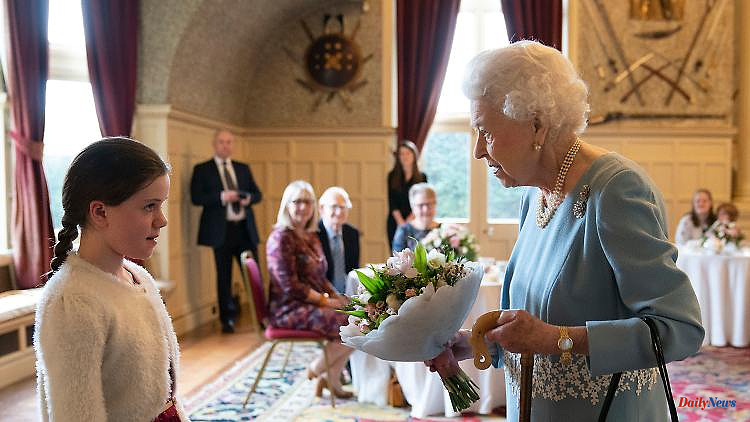 In the English county of Norfolk there is a historic water tower with a pretty holiday home. Those who rent it also get a unique view over the park of Sandringham, the private country residence of the English Queen. You also own the tower, by the way.

To get straight to the point: this structural trouvaille cannot be found on AirBnb or Booking. You have to visit the website of the "Landmark Trust" - a not-for-profit British letting agency founded in 1965 and founded in 1965. She couldn't have a better patron than Prince Charles. After all, he is not just heir to the throne and large landowner, but also the nation's top monument conservator.

The Landmark Trust specializes in renovating unusual, often very old and not infrequently grandiose buildings with all kinds of donations and lottery funds, restoring them in proper style and furnishing them true to the original - which, apart from a few English-style fitted kitchens, is impressively successful. After that, the objects are rented out at (reasonably) affordable prices. In this way, 200 landmarks can now be used by many people - instead of, as it is officially said, "turning to dust as ruins and disappearing from the map".

Out of a total of 17 residential towers in the Landmark Trust's collection, the "Appleton Watertower" in the county of Norfolk is outstanding in every respect. Because the water tower stands on the highest point of the Sandringham Crown Estate, an approximately 8,000 hectare estate that "Her Most Gracious Majesty Queen Elizabeth The Second" owns personally - as listed under number NK396417 in the English "Land and Property Register". In the Landmark Trust's catalogue, the lessee is described more obediently: "A public-spirited local owner gave us a lease of this exceptional Victorian tower".

As an "eccentric holiday cottage", the tower offers space for four overnight guests: "1 double, 2 twins = 4 sleeps". Spontaneous people who have around 1400 euros to spare and are not deterred by a narrow cast-iron spiral staircase, which is expressly described as "awkward", will even find space from June 17th to 19th (as of May 30th). You can then either stay in the blue and mahogany Victorian rooms or enjoy the views from the rooftop terrace, which is undoubtedly a highlight. There is evidence that this location was also used by the English royal family - albeit not by the incumbent.

In fact, the history of the tower is about a two-fold purpose for its noble owners: On the one hand, since its construction in 1877, it has served as a storage facility for clean water, which was not a matter of course at the time. After a series of cases of typhoid in the royal family - which may have led to the early death of Victoria's German husband Albert - investigations revealed that Sandringham's underground reservoirs resembled a cesspool because they were heavily infested with germs. Then the tower was built.

The replacement was provided by a tank that was extremely modern and gigantic by the standards of the time, and which continues to form the crown of the approximately 20 meter high water tower. It holds 32,000 "imperial gallons," which is roughly 1.4 million yards. Up until 1973, this was used to supply not only the main house in Sandringham, but also outbuildings and country estates such as Anmer Hall, where the Duke of Cambridge, i.e. Prince William, spends part of the holidays with his family today.

At the same time, the tower with its relatively magnificent rooms was something of a hide for the hunting-obsessed King Edward VII and his guests. Queen Victoria's eldest son and Charles' predecessor(s) bought Sandringham in 1862 for the astronomical sum of £220,000 to have it converted and expanded into his personal hunting paradise. So eccentric was his penchant for killing partridges and pheasants en masse that he set the clocks forward half an hour between October and February. So you could use the daylight better. In this way, Edward invented his own time zone in the middle of England: "Sandringham Time", which applied until it was abolished in 1936. Meanwhile, today's tenants are forced to be more down-to-earth as they chill above the Norfolk trees on the mansion's rooftop terrace in the provided "deck chairs."

The description of the tower is a bit pompous: "This functional building of the highest provenance resembles a cozy little nest at the height of the treetops." But what remains in the lofty heights when - as in all landmarks - there is neither television nor WiFi available, you have played through the games and books you have brought with you and are not allowed to live out your hunting fantasies without further ado? Speaking on the Landmark Trust's 50th anniversary, Prince Charles said: "The best and most enduring ideas are often the simplest."

So while you look into Elizabeth II's garden and realize that she of all people is making money with this unique experience, you can think about the simple thoughts of the children. Would you bother to peek into a real queen's garden? Certainly not. You would spit! 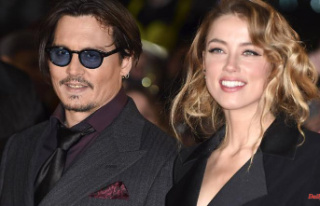