Energy is more expensive than ever. 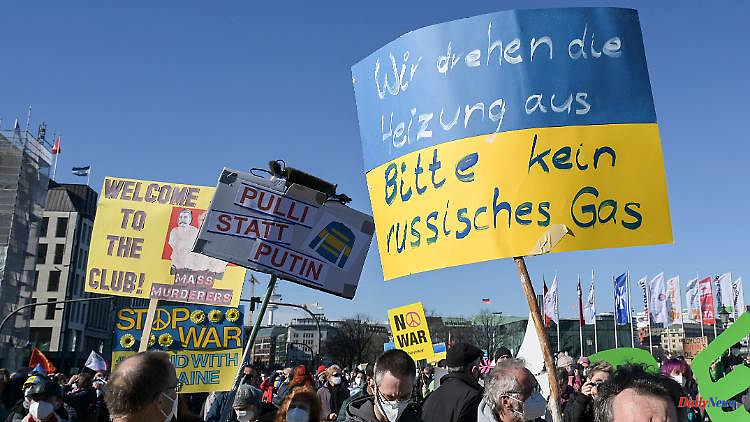 Energy is more expensive than ever. And because Russia could stop its gas supplies at any time, there is a risk of prices doubling or even tripling. Economics Minister Robert Habeck is therefore calling for energy saving. There are a lot of options at home.

Electricity and gas prices are skyrocketing. Because of Russia's war of aggression against Ukraine. But also because there is more demand again after the Corona break. And because of the higher CO2 tax.

In May, people in Germany had to pay almost 40 percent more for energy than a year ago. Electricity was around 20 percent more expensive, natural gas 55 percent and the price of heating oil almost doubled.

Gas in particular is slowly becoming a scarce commodity in Germany. Prices have been rising since autumn. Surcharges of 30, 50, 80 percent or even more are not uncommon, and may soon even become the norm: In June, Russia pumped less gas to Germany through the Nord Stream 1 Baltic Sea pipeline several times than agreed.

In June, Economics Minister Robert Habeck therefore declared the alarm level in the gas emergency plan. Although the gas supply is secure, the Federal Network Agency assesses the situation as tense. A decent price jump could come soon. Namely, when the network agency activates paragraph 24 in the Energy Security Act. The energy suppliers are then allowed to pass on the costs directly to the customers - in order to save themselves.

"The experts are currently saying that the gas price for household customers in 2023 will be about twice as high as it is at the moment Reinhard Loch, head of the energy efficiency group at the North Rhine-Westphalia consumer advice center in the ntv podcast "Learned again".

Loch also addresses the case of what will happen if Russia's President Vladimir Putin completely shuts down the Nord Stream 1 gas pipeline, as Habeck and the Network Agency fear. "Of course, that would be a difficult situation to assess, since the gas price may even triple in 2023 or 2024." That depends crucially on the savings measures and whether Europe gets a replacement in time.

Because energy prices are rising, Reinhard Loch and his colleagues' phones are ringing more and more frequently. Many more people than usual would like to be advised on energy saving issues. "Especially the owners of old gas heaters, who now have to convert their heating anyway, naturally ask us about alternatives."

"If you want to harm Putin a bit, then you save energy," said Minister of Economics Habeck and launched an energy-saving campaign. Because households in Germany consume a third of all energy, says Reinhard Loch. The biggest energy guzzlers are heaters and hot water boilers.

"That's what's keeping us busy at the moment, especially before next winter, of course. That we use three quarters to 80 percent to heat our rooms. About ten percent of that is hot water and the rest is what we use as classic electricity consumption know", the energy expert knows.

Heating is not a big issue now in summer. Nevertheless, even in the warm season, many heaters are not turned off, says Reinhard Loch. "Many operators of heating systems are not really aware that, for example, normal central heating can be switched off in summer." If you don't know, you should check and switch them off if necessary - or check whether the system can be switched to summer operation.

The summer can also be used to examine the heating settings. "Switch on the heating curve, switch on night reduction. These are things that are usually done in autumn, but can perhaps be tackled now in summer. That is what Minister Habeck means, who says that savings of up to 15 percent can be when you optimize the operation of the boiler."

In the fall, when it gets cooler, the heaters turn back on. The consumer center recommends a temperature of 18 degrees in the bedroom and 21 degrees in the living room. If you're not at home or at night, 16 degrees is enough. With every degree less, you can save six percent of heating energy. The International Energy Agency has calculated that if all households in Europe did this, 2.5 percent less gas would be needed each year.

So should energy saving when heating be enacted by law? The Association of Towns and Municipalities, among others, proposes lowering the minimum temperature in rented apartments to 18 to 19 degrees. Tenants are currently entitled to a temperature of at least 20 degrees during the heating period. "It can certainly bring enormous savings if the landlord can say I can throttle the heating system a little so that the tenant may only have 18 or 19 degrees in case of doubt. That is reasonable. But it shouldn't be much lower, we're all afraid from major moisture and mold damage if the apartments cool down too much," advises Reinhard Loch.

The energy expert knows that energy can actually be saved anywhere in the home by changing small everyday habits. "You can save 15 percent just by making small changes in behavior, through very small, invasive measures. The electronic thermostatic valve can also be used for the winter. Or maybe a new refrigerator."

For example in the bathroom. Taking a shower off the children instead of putting them in the bath saves at least 50 liters of water and thus also energy. With an economical shower head, the energy consumption for hot water can be reduced by up to 30 percent. Another simple option is to simply take a shorter shower, as Minister Habeck says he is now doing. You can also wash your hands and brush your teeth with cold water.

We can also save a lot of energy in the kitchen. If there is less water in the saucepan, the stove can heat it up faster - especially when the lid is on and the heat doesn't dissipate. When baking in the oven, you can use the air circulation function - this saves up to 15 percent energy. A dishwasher uses 50 percent less energy than washing dishes by hand - and also 30 percent less water.

The temperature in the refrigerator decides whether it is a power guzzler or an energy saver: Every degree colder consumes six percent more electricity. "The internal temperature of a refrigerator should be around seven degrees. For freezers, it's minus 18 degrees. And especially in summer, the refrigerator has to do a lot when the kitchen or the place where the refrigerator is is getting warm," recommends energy expert Loch in the podcast .

Energy can also be saved when washing and drying laundry. The new EU energy label offers guidance when buying an economical washing machine. The machine should always be fully loaded, because only then does it really save. Especially in the warm season, Reinhard Loch recommends letting the laundry air dry: "Because then the environment creates heat for us. The tumble dryer uses considerably more energy than the washing itself."

Last but not least: If you work from home, it is better to use a low-energy laptop or tablet and turn off the devices completely after work. A power strip with an on and off button helps. In this way, all devices can be switched off at the same time. This also applies to the living room: If you switch off the stereo system or television completely instead of leaving the devices running in stand-by mode, you can save up to 20 percent on electricity costs.

These are all only small amounts, but overall it pays off, Loch knows. "In the winter of this year we have to reckon with the fact that electricity and gas prices will roughly double. Many tenants or owners are not even aware of this at the moment because the price increases in 2023 will reach us with a delay. There are around 2,000 in one family $1,000 for heat and electricity, maybe even $3,000 if you have a house. And if that doubles, that's already going into the $100-$200 per month range that's now due for energy bills."

An expensive autumn and winter is ahead of us all. The head of the Federal Network Agency, Klaus Müller, has recommended putting money aside. 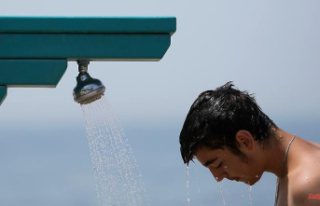