"I lack nothing": A dropout lives in the forest

His home is a mud hut without electricity and running water in the middle of the forest. 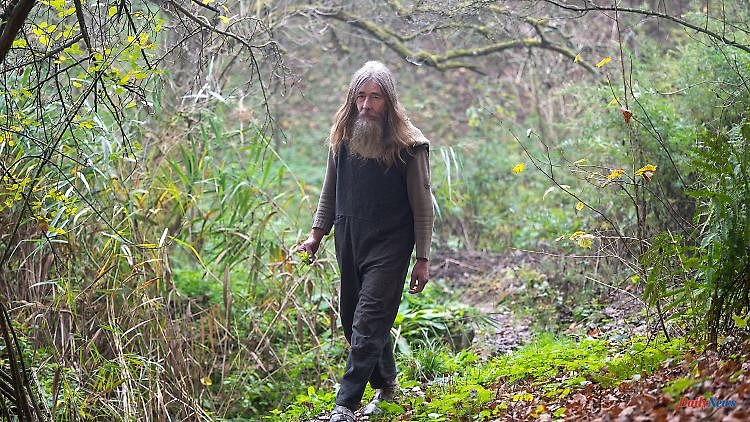 His home is a mud hut without electricity and running water in the middle of the forest. Friedmunt Sonnemann is a dropout on a mission to preserve old seeds.

Friedmunt Sonnemann is one of the very few Germans who are not affected by the increased electricity and gas prices. "None of that affects me," he says in a self-built mud hut in a remote wooded area in the Hunsrück near Longkamp. He has been living in the middle of nature for 32 years - without electricity or water. "I lack nothing," says the 56-year-old, who has long hair and a long beard, on his small farm, the "Königsfarm". "This is the only way I want to live." He and his "colleagues," as he calls his temporary roommates, fetch drinking water from a nearby spring, while rainwater is usually used for cooking and washing. "The toilet is dry composting." And it is heated with wood. "If an oven is on in the room and the thermometer in the corner shows 14 degrees, then we find that pleasant," says the native of Bonn, who grew up in Cologne.

"In no case" is the room heated to 20 or 21 degrees during the cold season. "That would really be a waste," says the slim man. "We also dress warmly in winter." Sonnemann gets the wood from its own areas, but also from outside. "Of course, the prices have also increased, but I can live with that, it's not that dramatic."

Overall, says Sonnemann, people can get by with less than they assume. It is clear to him that not everyone could live in the forest like he did. "There aren't that many places in Germany." But the way of life in the industrialized countries, which the majority of the population has enjoyed, will not be sustainable in the long run, he says. "There will definitely be a rethink."

Sonnemann's life is in the rare plants that he tends on the approximately four hectare area - and the seeds that he collects and sells. He now has some 100 species, he says, spreading the dried evening primrose seeds into a bowl. "There are also plants from great-grandmother's times that would otherwise have disappeared." Like the "Hunsrücker Schnitt" chard variety or the "Hunsrücker Weiße" and "Blauhülsige" runner beans. Preserving old cultural heritage plants is important, especially in the face of climate change, because they do well on poor soil and in extreme weather.

But he also grows more exotic things: such as courgettes from Croatia and huacatay (spiced tagetes) from the Andes in South America. "It's one of my favorite plants. It's regularly used in soups and sauces, and we also make tea from it." At work he is helped by people who live on the farm for a while. "We're eight now." They also come to get "a certain distance" from "the world outside". "We don't live in a separate world here. But the impact of what's happening in the world right now is comparatively small." Sometimes people even come to the farm from Mexico or Taiwan. You talk a lot about what's going on in the world.

The farm has so far been spared from Corona. "If so, then I had a very mild course," says Sonnemann, who has only been to the dentist in recent years. "I'm actually my own healer." The residents of Longkamp in the district of Bernkastel-Wittlich respect their neighbors in the forest. "The work he does is accepted here," says local mayor Horst Gorges. It is a good thing to save seeds and plants that are threatened with extinction. But very few in the village could understand how Sonnemann lived there.

However, the farm residents cannot live on herbs, pumpkins, apples and quinces alone. "We also buy rice or noodles," says Sonnemann, who doesn't see himself as a recluse or dropout, but rather as an artist. "I don't live alone and I didn't get out of the world, I got in here. I'm not doing it all alone, just for myself." 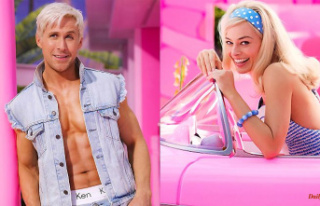