Talking while eating is not etiquette-wise. 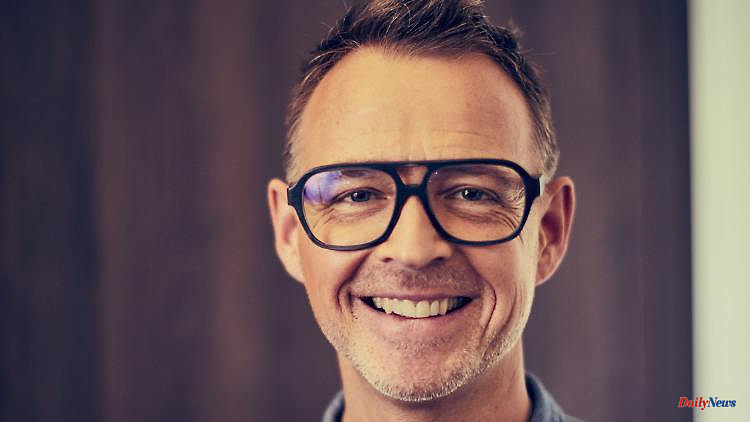 Talking while eating is not etiquette-wise. Talking about food: Holger Stromberg is sitting in the office of his startup "Organic Garden" and talking to ntv.de about food and what goes with it. Because eating and groceries is not only his job, but his passion. The entrepreneur has also just published a book called "Cooking the Future: Cooking Sustainably, Enjoying Healthily, Wasting Nothing", and it's about - everything. Anything that fuels his passion for food. Starting with stirring pig's blood in grandma's cellar, through his time as a chef for the German national soccer team, to becoming a "reluctant" for a new form of dining culture.

ntv.de: Enthusiastic - was that called "know-it-all" in the past?

Holger Stromberg: (laughs) Here in the Organic Garden we think in terms of circular economy: from soil culture to the human metabolic cycle. And that's why we have to get people excited, there's no other way. We do not want to convert or persuade anyone, but to show the possibilities that we have and that we are not exhausting.

Exactly. You can't dictate anything to people in that direction, that's for sure. People change when things get better than before. And I can promise that as a chef and epicurean, but also as a motivator by saying: Hey, just give it a try. It's now up to the chefs, the professionals, to develop trends and dishes that taste super good and are healthy at the same time and don't pollute the environment.

In what specific direction do you want to re-inspire?

Eat as plant-based as possible. I have to be able to look my children in the eye later and leave this planet in such a way that other generations can live on it. People need to understand that we are all a team, we need to face and overcome the challenges that life throws at us together.

What was the decisive factor in writing the new book, which contains lots of good tips for everyday life in the kitchen? I had some aha moments...

This is of course ideal. That was my wish when writing. When we can inspire the reader about the taste, back it up with facts and say it's good for the planet, then we inspire people to eat better.

Without the raised finger...

Absolutely! I much prefer to provide facts. We are all being challenged to find solutions right now: it should taste good, it shouldn't pollute our earth any further and, on top of that, it has to be healthy. So a win-win-win situation (laughs).

When and why did it "click" for you, you are a celebrity chef and could keep making stars...

When I had my star, we played a six-day week, twice a day, which is really unhealthy in the long run. And I really let off steam in the kitchen area, there's the Champions League every day, at lunchtime and in the evening. This couldn't go on like this. I grew up quite conventionally, I slaughtered a sow with my grandmother in the basement and stirred blood, I couldn't even write my name (laughs). And I still eat meat today, but extremely little. I switched to 95 percent plant-based and a maximum of five percent animal products. I really don't miss anything. On the contrary, I sometimes wonder about what I used to eat.

As a chef you stand on a stage, right?

More like a kind of Colosseum and people give their thumbs up or down (laughs). It's colossal pressure, mentally and physically. And you eat extremely unhealthily yourself: After the shift, have a beer or two with your colleagues, and later in the evening currywurst or doner kebab, no body can stand it in the long run. So I pulled the ripcord after 15 years. I really had everything from rashes to a new hip, inflammation all over my body. I got rid of all that just because I changed my diet. It used to be said that cooks don't live to be 60 because it's a really hard - albeit very nice - job.

How old were you then?

In my late 30s I changed everything. That was the time when I met Oliver Bierhoff and then cooked for the national team for ten years. I saw these 20-year-old guys and I thought I used to be like that. I thought nothing would throw me off course, but I noticed that the body was really breaking down. I was able to motivate the young players to eat better. And unlike me, they still had ten hours of sleep and a masseur (laughs).

What did you take with you from that time?

Work less, sleep more, exercise more, I feel younger today than when I was in my mid-30s. The players and the whole team taught me above all that people need regeneration. Therapeutic fasting is also good. But I had opened Pandora's box for myself when I started to deal with sustainability: once you get into it, you can't stop. Because it is as exciting as a thriller to deal with food.

So no more plated steaks and foie gras.

Yes. We have to reorient ourselves. It's also just not hip anymore to stuff meat into your mouth every day, we need sustainable concepts. And we need to understand that sustainability is sexy. Sustainable luxury is the future.

A steak from the pasture next door or milk in the coffee are ok if I control myself otherwise, right?

Yes, that is desirable. Bans are useless, but if you develop a feeling for exceptions and know when to treat yourself, for example, then we've come a long way. I enjoy fresh bread with good butter and a little salt - but not butter every day, but above all a plant-based alternative in between.

Argentinian beef steak, which has flown halfway around the world, is often cheaper than the beef next door.

That's bad, right. And that's why guests, restaurateurs, cooks, farmers - simply everyone - have to pull together. Let's stay with the beef: If the animal is slaughtered on the pasture, as it should be, and is completely processed, then a steak from the cattle next door is no more expensive than an Argentinian steak. I would also like to provide this proof with my book.

Changing the habits of adults is one thing. Can we cook, eat and teach everything related to it?

I've been trying for a long time to establish the topic of nutritional science as a subject at school, because we are underage eaters. We need the basics of food, we need cooking academies. If it were up to me, the "Organic Garden" like here near Munich should be created all over Germany so that we can cook healthily for many more people and also show the youngest that plant-based food is good, tastes good, is fun and helping the planet.

So it's also about a new attitude...

Yes, because attitude creates norm. The more people are inspired and switch to a more conscious diet, the more follow. If a few people start rowing on a boat, the others will join in after a short time. Humans need orientation. Older people can adapt just as much as younger ones can learn it, maybe it takes a moment longer.

But older people still know quite well what it means to recycle things, don't they? I'm thinking of the leftover veggie paste in your book. Well, my grandmother didn't really throw anything away...

Exactly, good example: organic food is expensive. Or better - they are appreciative, valuable. And then I don't want to throw that away. And with the leftover paste I get a return on investment. I can use the white part of the organic lemon peel to bind dressings, for example, and then the rest goes to the compost or organic waste. Of course it's easier to buy lemon juice in a bottle, I'm not unrealistic, and not everyone can afford this excessive processing all the time, but once you have this knowledge, you can't get it out of your head. And then he chooses his restaurants, his groceries, differently.

How can we cook cheaper and healthier if I can't afford "organic"?

That works: It's not 300 grams of pork neck with herb butter and fried potatoes, but fried potatoes with a small pinch of organic bacon on top and a nice big green salad. It will fill you up and get your protein too.

Don't you get in trouble with the farmers and the unions if you remove pork and beef and milk and cheese from the menu and call for renunciation?

Yes, but I have solutions. And we all have to show understanding for the situation of others. I am in favor of positive discourse. We have to rub against each other, that creates energy. Humanity can't go on without energy anyway. In addition, there has to be respect between us - and I manage that, even with the farmers, who looked at me suspiciously at the beginning (laughs).

Are things actually better in other countries?

The only thing that comes to mind is France, where it's forbidden to throw away groceries in supermarkets. I don't understand why this doesn't apply to us right away. We're talking about two degrees of global warming, about starving children in Germany, about food banks that have nothing left to eat, but we - the deposit world champions - can't manage to use food better?

What gets you furious when it comes to food and waste?

When the large all-you-can-eat buffets in hotels are simply cleared away with a kind of bulldozer and everything goes in the trash unseparated. I can't stand this kind of non-appreciation anymore. Because with such actions, other people change the world for my children in such a way that they are no longer allowed to experience the world the way I was allowed to. And that's antisocial.

Yes, but we can no longer afford to be so clueless.

1 Rugby. Pro D2 : Jan Uys quitte le FCG 2 Alpes-de-Haute-Provence. A hiker was airlifted to... 3 Legislative 2022. Justice invalidates the process... 4 EU/Climate. The European Parliament votes to end the... 5 She smeared herself with blood: girl reports massacre... 6 July weekends thinned out: Lufthansa and Eurowings... 7 "Almost a gift": Sonya Kraus does not struggle... 8 Exchange of fallen soldiers with Kremlin: Ukraine... 9 reindeer. After being struck during an urban rodeo,... 10 Hesse: Rainy weather at the Frankfurt company run 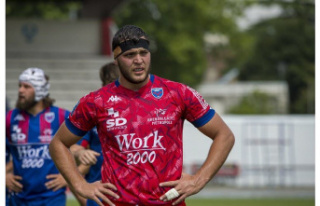