Beware of seizures, taking strong medicines or breastfeeding: Pregnancy brings with it some peculiarities for women with epilepsy - and also risks. 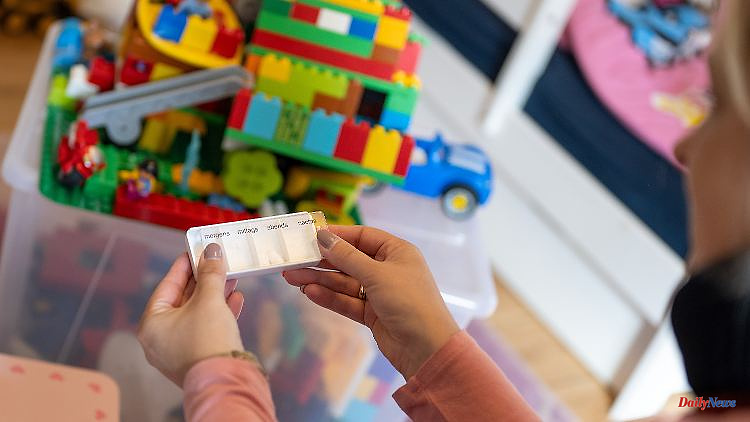 Beware of seizures, taking strong medicines or breastfeeding: Pregnancy brings with it some peculiarities for women with epilepsy - and also risks.

When her former neurologist asked her about possible hurdles in trying to have children, it came as a complete surprise to Jule Reuter (name changed). "I was 20 at the time. Mentally, the topic of having children was still very far away. Until then, it hadn't occurred to me that my epilepsy could stand in my way," says the 38-year-old from near Berlin.

In fact, the disease itself is not considered the biggest problem. Rather, an important active ingredient in antiepileptic drugs, which allows many sufferers to be free from seizures, can be risky for an unborn child. However, because the most dramatic form of seizures with falling and unconsciousness in pregnant women should of course also be avoided, doing without medication is not a solution either. Reuter shows itself - on Epilepsy Day on October 5th under the motto "Epilepsy - well advised?" - glad about the early and sensitive advance warning of her doctor. She was informed in good time about the importance of a well-planned and supervised pregnancy in women with epilepsy. She was able to try alternative medicines without any time pressure.

A report by the Barmer health insurance company from 2021 also emphasizes the importance of drug checks before pregnancy - 60 years after the scandal surrounding the sedative Contergan, which caused some severe malformations in unborn children. The report was generally about drugs that can have harmful effects during pregnancy. According to this, hundreds of insured persons who gave birth in 2018 in the first trimester of pregnancy were prescribed potentially risky drugs. The insurance company pleaded for women of childbearing age for better documentation of long-term medication. So far, it has been difficult or even impossible for gynecologists to stop taking such medicines in good time.

Jule Reuter had been taking a drug with valproic acid, valproate, since the onset of epilepsy in her youth and after that had no more seizures for years. With this active ingredient, however, it is known that there is a high risk of congenital malformations and serious developmental disorders if taken during pregnancy, as the Federal Institute for Drugs and Medical Devices writes. There is also an increased risk of malformations with drug combinations.

The warnings about the active ingredient were tightened again in 2018, and its use is subject to numerous restrictions. For example, it can now only be used during pregnancy with epilepsy if no other suitable treatment is available. Various measures are also intended to ensure that women have understood the risks. For example, the packaging of the preparation that Reuter takes is now emblazoned with a red-framed warning - including a call for contraception. The dilemma: Valproate is a very effective drug that has long had no alternative, says Barbara Schmitz, chief physician at the neurology clinic at the Vivantes Humboldt Clinic in Berlin. "Meanwhile, there are a few other safe substances. And the risk with valproate, as is so often the case, is also dose-dependent."

Schmitz heads the German registry for pregnancies with antiepileptic drugs. There, clinics, outpatient clinics and practices voluntarily report information on pregnant women with epilepsy and their medication. Almost 4,300 cases from Germany have been recorded, and more than 28,000 across Europe. All with the aim of improving recommendations. According to Schmitz, this has already been achieved, and the malformation rates have fallen sharply. "In the children of women who take valproate alternatives, the rates hardly differ from those of healthy women," says Schmitz.

In the case of Jule Reuter, who was treated by Schmitz from 2013, the search for an effective and well-tolerated alternative drug was unsuccessful. "So I ended up back on valproate after all." When she and her husband then decided to have children, a way was found in close consultation with doctors, despite taking the active ingredient. There is a lot to consider in such cases, even before pregnancy. It is then recommended to take an increased dose of folic acid. However, this prophylaxis is still used by too few women, according to a team led by the doctor Birgitt Müffelmann in an evaluation in the specialist journal "Dernervarzt". In patient Reuter, the morning and evening valproate dose was also reduced. "It was about the lowest possible dose so that I would be protected from seizures," says the 38-year-old. That required precise balancing. The aim was that the active substance content in the blood always remains below a certain threshold that is still considered safe.

Despite all the risks, fears were foreign to her during her first pregnancy, says Reuter. "I was very light-hearted and convinced that things would be fine." Reuter also carried out early diagnostic examinations so that possible physical deformities in the child could have been identified. "The doctors told my husband and I from the start that we had to think about how we were going to deal with the news of a disability. That made us feel well prepared." The couple, who now have two children, four and eight years old, were spared difficult decisions. And perfectly healthy, as the mother says.

For the Berlin neurologist Schmitz, the Reuters pregnancies are no exception, the majority of such cases are uncomplicated. Even minor seizures during pregnancy usually have no consequences for the child, and birth is usually possible naturally.

Jule Reuter is still happy about her husband's support: since she knew that sleep deprivation triggered her seizures, he fed the babies pumped milk every night. Finally, seizures in everyday life with an infant can also be dangerous. The advice is to be on the floor to be on the safe side and not to bathe the child alone. "In general, my husband gave more thought to the first pregnancy than I did," says Reuter. "He used to find me on the floor several times after seizures."

Schmitz advises consulting specialists if you want to have children, for example in epilepsy consultation hours. Elsewhere, patients are sometimes given bad advice, also against the background of prejudices and traditional ideas in society. She recalls that people with epilepsy were forcibly sterilized during the Nazi era - under the misconception that it was a hereditary disease. Decades later, some of the affected women themselves decide not to have children for fear of malformations, whether due to seizures or medication. It doesn't have to be. 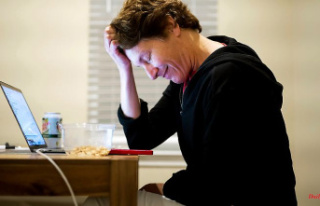