The fixed deposit is too unprofitable, the share portfolio is not for everyone. 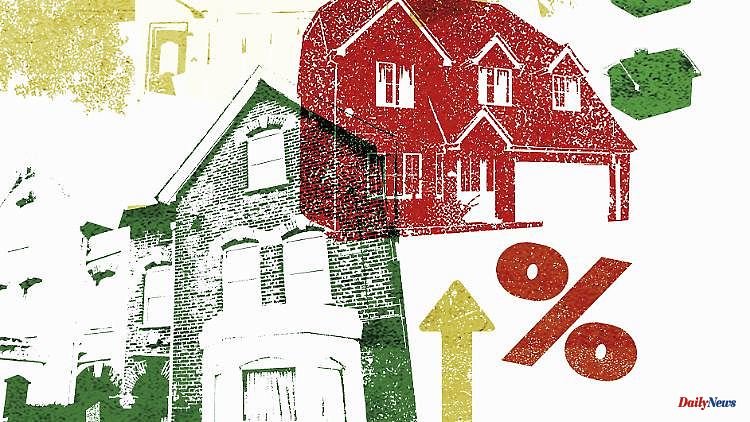 The fixed deposit is too unprofitable, the share portfolio is not for everyone. Real estate appears to many to be a safe investment. But is that still the case with rising prices and interest rates?

Parkstrasse or Schlossallee? A house, two houses or even a hotel? The board game Monopoly demonstrates it: Investing in real estate can make you rich. In reality, of course, it's not that simple. Energy prices are rising, as are interest rates, and craftsmen and building materials are sometimes hard to come by. So has a bubble built up that is about to burst? Experts stay calm.

"The real estate market has fundamentally developed well over the past ten years," says Ralph Henger, real estate expert at the German Economic Institute in Cologne. He is certain that a rented property will continue to be a worthwhile investment. He considers an annual return of at least two percent to be realistic. "A shortage, especially in metropolitan areas, will continue to exist in the coming years." Investors could therefore assume that prices will remain high.

Axel Guthmann, Director of the Association of State Building Societies in Berlin, is also relaxed about the development: "The interest rate turnaround by the European Central Bank should see prices calm down." He suspects that prices will level off at the current high level.

In order for real estate prices to fall, capital market interest rates would have to rise much more sharply, to at least four or five percent, Guthmann estimates. This would primarily affect properties where investors paid too little attention to quality and location. "We have isolated exaggerations, especially in big cities," says Guthmann. On the other hand, he thinks it would be wrong to place the entire residential real estate market under suspicion of a bubble.

Location is still important. Real estate in large cities is still considered a safe and profitable investment. But the so-called commuter belt has long since caught up. "Everything that is easily accessible by bus and train is becoming more expensive," says Heike Nicodemus from the Stiftung Warentest in Berlin.

A city like Berlin, for example, is so attractive that property prices have increased even in smaller, more distant cities if the connection to the capital is good. "Berlin radiates as far as Eberswalde," agrees Sibylle Barent, head of tax and financial policy at the Haus und Grund owners' association in Berlin.

Investors who really want to buy a property purely as an investment should therefore pay particular attention to the development of the surrounding area, says Henger. A university town with healthy population growth, which is likely to continue, is a good choice. In a big city you have to know that the districts are rated differently.

"It is extremely exciting for investors to identify the residential areas that are still to be developed." A district with relatively low rents and some vacancies that attracts young people: "It has a good chance of becoming a good district in the future," says Henger.

Outside of the big cities, other factors are important. In the commuter belt, it is the connection with public transport and the expansion of the fiber optic network, says Sibylle Barent. In more distant regions, there is also the job market: "Pay attention to possible employers: Are there a few large ones or several? Are the sectors sustainable?"

Added to this is the condition of the property. "You have to look at the energetic condition, the heating, the windows, the insulation," says Barent. In an old building, it doesn't hurt to go through the rooms with a building expert before buying. Axel Guthmann points out the consequential costs of poor energetic conditions. "That may require further investment," he says.

In addition, it is possible that the legislator will impose further obligations on owners for the energetic modernization of the house. Much is still unclear here.

The situation is more relaxed for those who want to use their property themselves, for example only partially renting out a house with several apartments. "It takes some of the pressure off your ROI calculation if you're a part of it," says Barent. After all, owners could save on rent in their own apartment and would be much better informed about the condition of the property than if they lived many kilometers away.

Anyone who builds or buys a single-family house for their own use is in a different situation. "Anyone who wants to use it themselves is not so affected by a bubble on the real estate market," explains Heike Nicodemus. The market development primarily affects people who want to sell a property again after a few years.

A home is an indirect investment. "If I see that I would have to pay a similar amount as rent, it can be worth it." Especially when it comes to your own retirement. The aim must be to be debt-free by the time you retire at the latest and only have to pay the operating costs.

1 Air number at Lidl: This is the deceptive package... 2 Lifesaver in an emergency: is your smoke alarm still... 3 Relief fizzles out: consumer advice center: postpone... 4 Seven tips: This is how you can save money on insurance 5 Extraordinary hardness: Can the speeder avoid a driving... 6 Smart Gardening: Gardening in the digital age 7 Government Grants: Five tips for getting a stairlift 8 Hotel search on the net: Better not just trust reviews 9 Judgment of the Münster Finance Court: Higher real... 10 Savers can breathe a sigh of relief: is this the end... Air number at Lidl: This is the deceptive package...