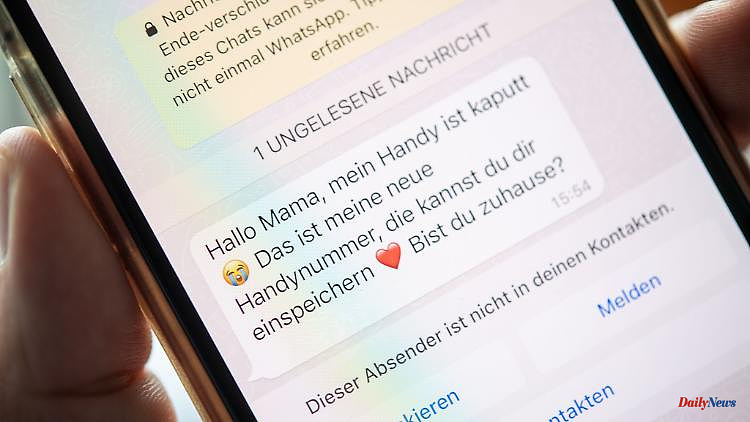 The police and consumer advocates have been warning for months: Criminals are pretending to be close relatives on Whatsapp and pretending to be in an emergency in order to collect money. What should those affected do?

What follows are more (bad accident) or less (washing machine broken) adventurous stories that lead to the fact that money is urgently needed. Couldn't you transfer something quickly? This is the point at which those contacted should stop communicating at the latest, advises the Hesse consumer advice center: "Never respond to requests for payment of money via messenger services."

The fraud can usually be easily uncovered by calling the relative directly on the known - allegedly old - number, explain the consumer advocates. Also advisable: report the incident to the police, take a screenshot of the message and block the sender.

Anyone who has already fallen into the trap should inform their bank immediately, which may be able to stop any transfer if not too much time has passed. Then you have to report it to the local police.

The police warned as early as March: Even then, numerous cases were known in which those addressed - often elderly people - had been taken in by the criminals. In some cases, money was even transferred several times, in some cases even to accounts abroad.

The perpetrators are clever, explains the Lower Saxony State Criminal Police Office. The inquiries are almost always written in very good German. It is therefore important not to react to such messages in the first place.

Of course, those affected ask themselves how the criminals get their private cell phone numbers. Even if this can almost never be clearly clarified, the consumer advice center in Hesse suspects phishing attacks and illegal data trading as the main sources. This is not the only reason consumers should be cautious about disclosing their private data. 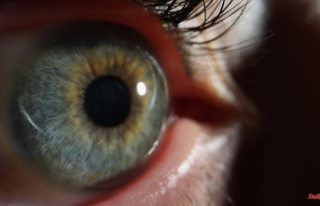