Close friendships are important to everyone. 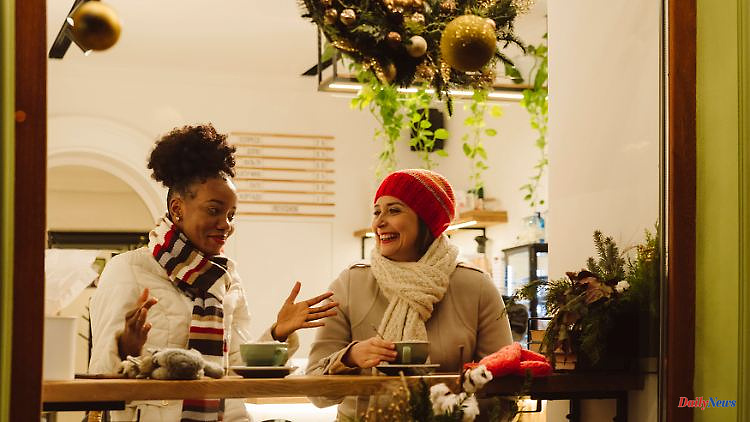 Close friendships are important to everyone. However, not all connections last a lifetime. Some friendships can even become a burden, make us sad or angry and get on our nerves. Then it is time to change something or even to draw a radical line. Psychologist Muriel Böttger reveals how I can recognize this and how breaking up in friendships works.

Many people are surprised and unsettled when close friendships change. What reasons can there be for this?

Muriel Böttger: First of all, it is important for me to emphasize that the uncertainty is completely normal and understandable. Friendships, unlike romantic relationships, tend to have a reputation for being uncomplicated and lasting a lifetime. But that's a totally idealized idea, of course. In fact, friendships are also constantly changing, for example because similarities that formed the connection are lost. We all know it: we finish our studies, change jobs and somehow lose contact with fellow students with whom we were also close friends. Or we move to another city and suddenly contact with some friends is no longer so close.

There are also friendships that change due to different stages in life: one friend has a child while the other friend separates, enjoys her freedom and becomes a night owl. Both sleep little, but for very different reasons. It is not at all easy to reconcile these very different realities of life, feelings and needs. It takes a lot of understanding and commitment from both sides. If that doesn't happen, the connection will be weaker.

What do I do if I find that I still care deeply about the friendship, but some things about my girlfriend's or boyfriend's behavior bother me?

If I want to find a solution to make things better, then I should think about the following in advance: What specific changes in behavior do I want? So what would be a positive development for me? And what is my own part in making it better? Are there any suggestions or concessions I can make? With this preparation, the exchange can become constructive. In the conversation itself, it is helpful to formulate I-messages so that the other person has the opportunity to listen in a relaxed manner and does not feel cornered. It can sound like this: "I noticed that our contact has changed and I would like to find out more about how you are actually doing" or "It bothers me that we don't have contact as often anymore and I do I wish you would call me more often."

Of course, the exact opposite can also be the case. Maybe I feel under pressure and wish for more understanding that we don't exchange ideas as often anymore. I also think it's important to explain to my girlfriend why I'm looking for this conversation in the first place. For example, it might sound like this: "I know it's kind of awkward having this conversation right now, but I'm doing it because our friendship is so important to me and I actually care about the quality of our friendship." As a result, the situation is even better classified for my counterpart and the supposed criticism can be heard as appreciation.

Is there anything else I should consider?

Yes. I think the atmosphere is very important. The conversation should not take place between door and hinge and only if both have the head for it. If my girlfriend is preparing for an important exam or a presentation, then I should only seek the interview after this date. I would also avoid loading up the situation unnecessarily. So definitely don't announce something like this or something similar: "Can we meet in two weeks? I'd like to discuss something with you." This puts pressure on the other person, which is not helpful at all. Better to make sure it's relaxed.

I can also contribute to this on the day of the conversation by planning time for a little mindfulness exercise. Anyone who is already meditating or writing a diary, for example, can consciously use this to prepare. For those who are new to this, I recommend taking a few minutes before the meeting and just breathing deeply. This calms our nervous system and relaxes our whole body. Best conditions.

What can I expect from such a conversation? So, why is it worth all the effort?

It just brings clarity and most of the time we find that the person feels similar. Because we're rarely the only ones who feel uncomfortable in a relationship. Through an open conversation, both have the chance to put the unpleasant feeling into words and it quickly becomes clear whether they are looking for solutions together or whether the friendship has come to an end. At least for now. It may be that in the future a rapprochement is possible again, for example because the values, topics and interests change again and bring you back together. So have courage. I have nothing to lose. If the situation escalates in the worst case and I break up in an argument, then at least I know where I stand and can deal with it.

Let's say I'm not interested in rekindling the friendship. It feels much more coherent to end it. How do I break up with friends?

Yes, we don't have much practice at this, which is why most prefer to sneak away, i.e. cancel meetings and eventually stop responding to messages. But it is more honest and helpful to be courageous in this case as well. Essentially, the conversation is not that different from the one I just described. Meeting in person is important, not a phone call or text. It's just too impersonal and hurtful, and it can easily lead to misunderstandings.

In the conversation, I recommend explaining specifically why I came to the decision to end the friendship. This is of course very individual. The important thing is to stay true to yourself and not judge or blame the person. The goal of this conversation is not just to make the connection bad, but to find a good and clear ending that both sides can live with. It's not all that different than a breakup call in romantic relationships. Only the, hopefully meant seriously: "Let's stay friends" just becomes: "Let's be acquaintances".

In the best case, you can still greet each other politely after the end of the close relationship if you happen to see each other again on the street or at events. It is crucial to discuss how future dealings with each other will be most compatible for both of you, so that you are not afraid of a chance encounter every time. In a long-term friendship, it is often the case that there are many overlaps. It's only a matter of time before we meet again.

That sounds really challenging. Aren't there other possibilities than this direct confrontation?

Sure, it sounds absolutely overwhelming at first, but unfortunately the alternative, the classic sitting out and suppressing, robs us of even more energy and over a much longer period of time. The unprocessed emotions will accompany me until I have spoken them out. If we feel hurt by someone's behavior, then that hurt should be acknowledged by speaking up, and in the right place, not with a third party friend.

Many of us know that too. It is easy for us to turn to another uninvolved person and pour out our hearts or curse here. That feels relieving at first, but in the long run it doesn't do us any good. If we dare to show ourselves vulnerable and turn our disappointment to the girlfriend who is also affected, only then do we have a chance of a happy ending. 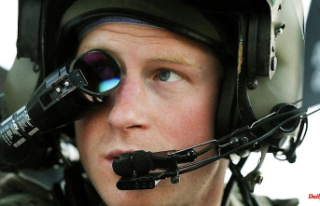 "Target on the forehead": terror expert:...