If the number three is meadow green or the guitar sounds mint: people with synesthesia have a very special way of perceiving, their senses are coupled with one another. 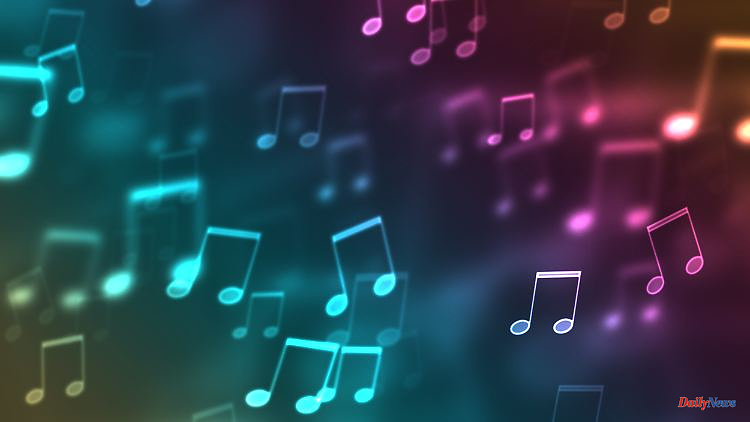 If the number three is meadow green or the guitar sounds mint: people with synesthesia have a very special way of perceiving, their senses are coupled with one another. For them, a colorful world of colors is everyday life - and sometimes also a challenge.

Remembering telephone numbers, birthdays and pins is no problem for Susanne Geisler. She doesn't have sequences of numbers in her head, but colors. "For example, I don't remember a pin as 3456, but as green-white-blue-yellow," says the artist in an interview with ntv.de. And that happens automatically, because Geisler is a synaesthete.

Synesthesia is a neurological phenomenon. The term derives from the ancient Greek words "syn" (together) and "aisthesis" (feeling). This means that two senses are linked, so a stimulus triggers another perception at the same time. Names can taste like something or an emotion can be visualized as a geometric shape. The most common are colored hearing, and grapheme-color synesthesia, in which numbers, letters, and even whole words are assigned specific colors.

For Susanne Geisler, the numbers from one to ten have special colors and the categories of ten each have a main color. She explains what that looks like in concrete terms, using an example: "The three for me is a kind of meadow green. If I have the number 13, then it's a combination of the black one and the meadow green three. And those in their thirties all get one green glow." Although she can remember numbers quickly, she finds it difficult to do arithmetic, says Geisler. "Even at school I wasn't good at math because I had the feeling that certain color combinations just didn't go together with other color combinations."

Geisler belongs to the group of synesthetes who, for example, hear, see or think a number and associate a color with it. Others see the colored number as if on an inner monitor. In all cases, perception cannot be consciously controlled and cannot be learned the other way around. The color assignments remain unchanged in the rain for a lifetime. According to the German Synaesthesia Society, around four percent of people have synesthetic abilities. Overall, this particular way of perceiving is known to more women than men, and there are often clusters within a family, suggesting inheritance.

In synesthetes, different brain regions are connected in a special way. This leads to a more diverse perception. Neuroscience is still puzzling to this day as to exactly how this coupling occurs. The book "What color is Monday?" provides an overview of the phenomenon of synaesthesia, the current state of research and 13 field reports. by Udo Schneider, Markus Zedler and Hinderk Emrich. One finding is irrefutable, namely "that it is not a disease, but a privilege, when nerve cells are interconnected more than in others."

Many people with synesthesia realize in childhood that they perceive things differently from most people around them. But the reactions are not always positive. Susanne Geisler also had to experience this. When she knew a short poem by heart after just reading it once at school, the great whispering in the class started. "I've noticed that somehow it doesn't go down so well in my environment that I prefer to keep it to myself." Her color associations became second nature to her and she stopped talking about them.

When she was studying law, her fellow students were amazed because she was able to quickly memorize the more than 2000 paragraphs of the German Civil Code. "Then there were the first moments of awareness that there was a special perception, a special orientation," says Geisler. In her early 30s, she left the legal profession to become a musician, took classical piano lessons and despaired of a prelude by Johann Sebastian Bach. "My teacher asked why it always hits me in one spot and I said, 'I just don't understand the colors there'." The teacher was familiar with synaesthesia and at the age of 33 Geisler finally got a word for the colorful world of perception that she experiences every day.

Today Geisler works as a musician and composer and incorporates her special ability of "colored hearing" into her work. In addition to noises, tones and sounds, certain instruments are also associated with colors for her: "When I listen to a piece of music, it is first colored in a certain color. Then I can zoom in and decide whether I should rather move in this mint-colored direction - that's guitars or violins - or rather in this dark violet bass direction." Connected to the colors are movements that form in Geisler's inner eye "like a landscape": "I see the sound in the truest sense of the word - with the highs and lows".

Among the well-known synesthetes there are a particularly large number of people with creative professions. The painter Wassily Kandinsky is one of them, for the writer Vladimir Nabokov the T was pistachio-colored and the composer Franz Liszt is said to have said to an orchestra in Weimar in 1842: "That is a deep violet, I ask you to follow it! Not so pink!" Contemporary people with synaesthesia include the singer Lady Gaga, the rapper Pharrell Williams, the painter David Hockney and the pianist Hélène Grimaud.

However, what is a source of inspiration at work can also be exhausting in everyday life. "For me, half an hour on the U8 (a subway line in Berlin, editor's note) is as exhausting as an eight-hour workday," reports Susanne Geisler. The artist lives in a lively neighborhood in the middle of Berlin, which can certainly be overstimulating even for people who are not predisposed to synaesthesia. The hustle and bustle of the big city and a variety of noises, from the babble of human voices to ambulance sirens, are the norm there. "I leave the house very often protected, with earplugs, so I can have a bit of a say in when and how the colors are triggered." Apart from these small challenges, her synaesthetic gift is one thing above all for Geisler: "incredibly enriching". 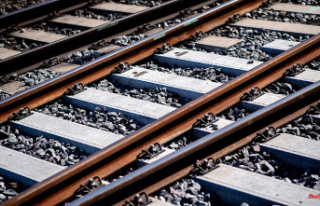