Man locked up because of mistaken identity sues Hawaii

HONOLULU, A former homeless man ended up in a mental hospital for more than two decades because of a mistaken identity. He is suing the state, various Honolulu police officers and Hawaii public defenders. 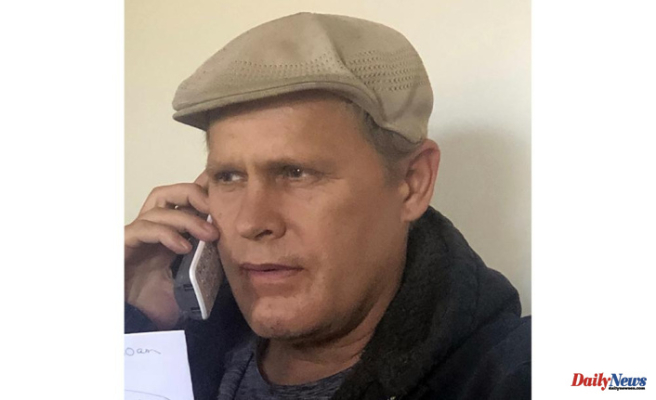 HONOLULU, A former homeless man ended up in a mental hospital for more than two decades because of a mistaken identity. He is suing the state, various Honolulu police officers and Hawaii public defenders.

Joshua Spriestersbach's lawyers claim that Hawaii officials have not responded to a petition to correct the error in their records.

In August, a petition was filed in state court. It revealed Spriestersbach’s bizarre situation. He fell asleep on a sidewalk. In 2017, he was homeless and hungry as he waited in line outside a Honolulu shelter.

Spriestersbach believed that he was being held for violating the city's ban against sitting on or lying on sidewalks when a police officer awakened him.

He was mistakenly identified as Thomas Castleberry by the officer, who was on a warrant for his arrest in relation to a case involving alleged violations of probation.

Spriestersbach claimed he wasn’t Castleberry and he ended up at the Hawaii State Hospital where he was forced into taking psychiatric medication. His lawyers claimed that officials tried to hide the fact that he was not Castleberry when a doctor examined his case.

"The Department of the Attorney General was not served with the complaint, and they have not yet had the chance to review it with their client agencies," Gary Yamashiroya (special assistant to the Hawaii attorney-general) said Monday.

Interim Chief Rade vanic stated that the Honolulu Police Department is currently reviewing its policies and procedures in order to determine whether any changes are necessary. "We continue to work with the city attorneys to investigate and address all the allegations in this lawsuit.

James Tabe, State Public Defender, stated Monday that his office did not have any comment.

Spriestersbach's lawyers hope that the lawsuit will result in procedural changes to ensure that proper identification of persons in custody is guaranteed, according to Kenneth Lawson (co-director of The Hawaii Innocence Project). They are also seeking monetary damages. This will be decided in court.

The lawsuit sheds light on the factors that contributed to the mix up, beginning with an encounter with officers years ago.

Spriestersbach was charged with sleeping in the stairwell of a Honolulu middle-school. His lawyers stated that he gave his last name Castleberry as his grandfather's name. He did not give a first name.

Spriestersbach was again arrested in 2015 for sleeping outside a park. Spriestersbach gave his real name but Thomas Castleberry was used as an alias. The authorities checked his fingerprints again and determined that he wasn’t Castleberry.

Spriestersbach was able to give his real name during his 2017 arrest. However, Thomas Castleberry showed up as an alias. He was then arrested on the warrant.

Castleberry is not related to Spriestersbach and is currently in Alaska of Department of Corrections custody. His release date is expected in 2022, according to the lawsuit. Castleberry was represented by the Alaska Public Defender Agency. They declined to comment on Monday.

According to the lawsuit, police and other agencies, such as Spriestersbach’s public defenders or doctors, had access information that would have allowed them to identify both men.

The lawsuit stated that "Prior January 2020, not one person acted upon the available information to determine Joshua was telling truth - he wasn't Mr. Castleberry." "Instead, they found Joshua delusional and incapable because he refused admitting he was Mr. Castleberry. They also refused to admit Mr. Castleberry was guilty of the crimes.

Spiestersbach lives now in Vermont with his sister. According to his lawyers, he declined to be interviewed. 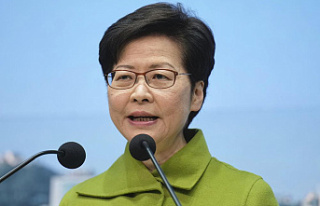 Hong Kong to allow residents of mainland to vote in...