They used to be an expression of wealth, today they are the epitome of tastelessness: Opinions are divided on the garden gnome. 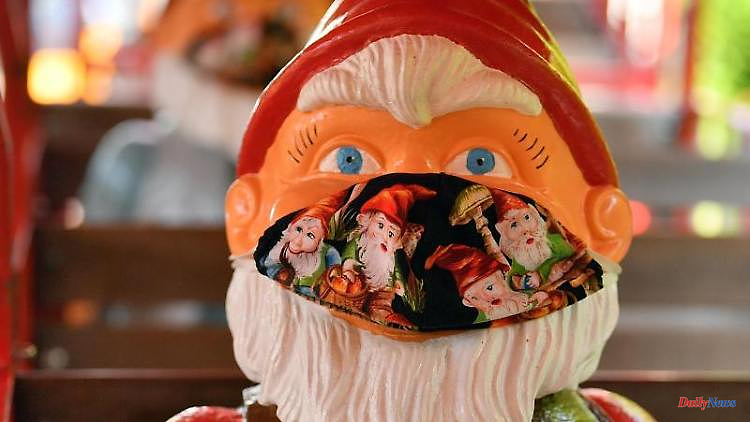 They used to be an expression of wealth, today they are the epitome of tastelessness: Opinions are divided on the garden gnome. It used to be of much higher importance.

Even ahead of potatoes, highway rage and socks in sandals, they are perhaps the biggest cliché associated with the Germans: garden gnomes cavort between flower beds in lovely front gardens, at the foot of porch swings or next to the kohlrabi bed. They stand their ground in wind and weather - sometimes hard-working with a wheelbarrow, sometimes frivolous and embarrassing with a bare bottom.

The little men (and more rarely also women) made of plaster, clay, ceramics or plain plastic enjoy a cult character with some. For others, the dwarves are the epitome of philistinism. They are smiled at and ridiculed - and so are their owners.

Their tradition goes back a long way. As eager helpers with access to rich treasures and magical powers, gnomes have always accompanied people in legends, fairy tales and myths. Already in Greek antiquity Homer or Hesiod reported about the farming people of the pygmies.

Figures placed in princely gardens have existed since the Baroque. In the Salzburg Dwarf Garden, for example, the white marble figures are more than 320 years old. They go back to caricatures by the French graphic artist and Florence court painter Jacques Callot from the beginning of the 17th century.

At the end of the 18th century the gnomes were widespread, the Weimar poet Johann Wolfgang von Goethe wrote in the bourgeois epic "Hermann und Dorothea" about a garden with its "colored dwarfs" that was famous "in the whole area". At the latest with the Brothers Grimm and their fairy tales (1812) such as "Snow White" or "Rumpelstiltskin", the tots started their triumphant march.

"The dwarves had their heyday between 1870 and 1920," writes Esther Gajek, a cultural scientist from Regensburg, in an essay. The mania was triggered by the fairy tale wave of neo-romanticism. Towards the end of the 19th century, the first gnomes for the garden were mass-produced in and around Gräfenroda in Thuringia - and offered as far away as Great Britain.

The manufacturing steps are initially varied: the molds are poured, dried and fired, painted and varnished by hand. "Some dwarfs consisted of ten individual parts (aprons, beards, whistles, etc.), each with its own unique shape," writes Gajek.

Garden gnomes have long been recognized as accessories of the upper classes. Literature prize winner Thomas Mann, for example, has his novel protagonist Felix Krull report on his family's "graceful manor house": "The sloping garden was generously decorated with gnomes, mushrooms and all sorts of deceptively imitated earthenware creatures."

Today, plastic gnomes, which appeared around the 1960s, characterize the kitschy image. Types and gestures are manifold. Garden gnomes with a dagger in their body or with stinking fingers are always a bone of contention between neighbors.

According to the International Association for the Protection of Garden Gnomes in Basel, Switzerland, real garden gnomes - whether male or (now also) female - wear a pointed hat and engage in "an activity that is beneficial to nature or friendly". And they are made of natural materials such as mud, clay or wood. The guardians of culture do not allow companions made of plastic to pass as genuine.

The little gentlemen are also in demand beyond German-speaking areas: in spring 2021 there were no longer enough supplies in Great Britain. During the Corona lockdown, gardening became so popular there that dwarfs, among other things, became scarce.

1 "Shameless and foolish": Britney Spears'... 2 Private judge engaged: Google founder Brin divorced... 3 "Still dreaming": Gündogan celebrates his... 4 "One year to go": Johnson sees the next... 5 A daily cup of tea together: How Camilla becomes 75... 6 "Stand by my statement": Heard fears further... 7 The "crime scene" in a quick check: back... 8 Observations from the comic salon: comics, heat and... 9 Running up the charts: Kate Bush's ancient song... 10 Europe's nobility at birthday: Ingrid Alexandra... 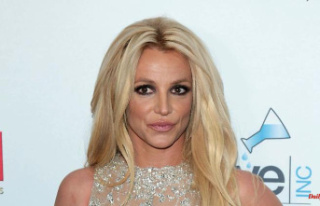