With the end of the free Corona citizen tests, self-tests will become more attractive again. 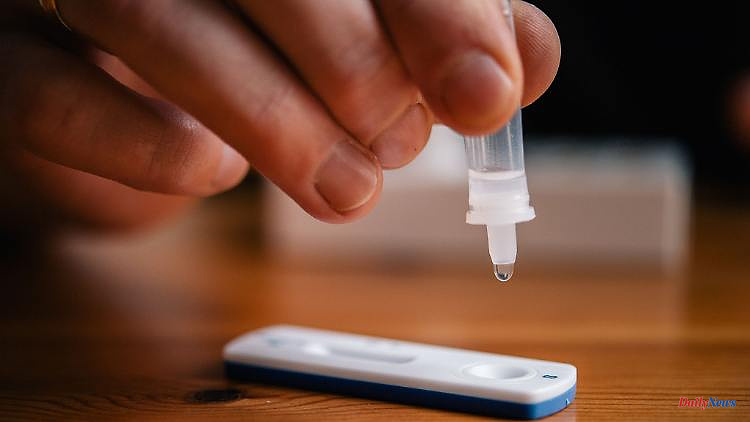 With the end of the free Corona citizen tests, self-tests will become more attractive again. To ensure that the result is as meaningful as possible, you should pay attention to a few things when testing. An expert gives tips.

Anyone can test themselves for the corona virus at home with freely available self-tests. But even if the enclosed description doesn't really leave any questions unanswered, there are always uncertainties when using the antigen rapid tests from supermarkets, drugstores or pharmacies. An ENT doctor explains typical application errors - and how to avoid them:

Storage: The box should not be too cold and not too warm in the apartment. So neither in the freezer nor in the blazing sun - studies indicate that such storage could falsify the results of the test.

"They can be kept at room temperature," recommends ENT doctor Bernhard Junge-Hülsing from Starnberg. The temperatures at which the box with the test can be stored is usually stated on the packaging or at least in the package insert.

It is important: There is a small but subtle difference between storage and application temperature. The tests should always be at room temperature at the time of use - so if you have stored them in a cooler place, leave them on the worktop for a while and not use them immediately.

The implementation: Hygiene is elementary in order not to falsify the test result. That's why the work surface should be clean and before you get started, you wash your hands thoroughly - among other things because after stirring the swab tip in the buffer solution you have to put a cap with a spout on the tube.

If you test several people - for example yourself and your children - you cannot hold all the test tubes in your hand. Junge-Hülsing's tip: clothespins prevent it from falling over. You clip them to the bottom of the tubes. There they are a kind of support and ensure that the tubes stand upright and that you can work without any problems.

The swab: As a rule, a nasal swab is required for the self-test. And in both holes. It's enough to put the swab in one, you might think - a fallacy. "As a result, you may not get enough secretion on the swab," says Junge-Hülsing. So the swab belongs in both holes. According to the doctor, it is also not a good idea to blow your nose thoroughly beforehand. This may have the same effect as leaving out a hole: too little secretion on the swab.

According to Junge-Hülsing, the color of the control line on the test cassette provides an indication that comparatively little secretion landed on the swab. "If its color is very pale, that means little secretion." Then the risk of a false-negative result increases, according to the doctor. So that the test is negative, even though you are positive.

Otherwise, the following applies when handling the swab: caution and sensitivity. During the self-test, the swab does not have to be pushed to the point where the nose meets the throat. Two to four centimeters deep in the nostril, that's enough. In fact, flat in the direction of the ear canal floor and not diagonally upwards - there is a risk of injury.

The result: According to the ENT doctor, this is where the biggest source of error lurks. Many people think that a dash at C is a positive result. C does not stand for Corona, but for Control, i.e. control. "If there is no line at C, the test is invalid." The T stands for test - this is the relevant digit for the question of whether one is positive or negative.

In concrete terms, this means: If lines can be seen at C and T, the test was positive. If only C shows a line, the test is negative. If only a line is visible at T, it is invalid - this also applies if no line appears at all.

And what do you do with the result? "The moment the test is positive, it's Sense," as Junge-Hülsing puts it. What he means by that: From then on you should avoid contact and immediately seek a more accurate PCR test from a doctor or a test center to confirm the result of the self-test.

A negative self-test, on the other hand, is not a free pass. Not only because of possible application errors, it offers no guarantee that you are not positive and contagious. Experts such as the virologist Christian Drosten point out that the tests are often negative, especially at the beginning of the infection - although you may already have enough viruses in you to infect others.

It is therefore a good idea to continue to comply with the hygiene rules even if the self-test result is negative. 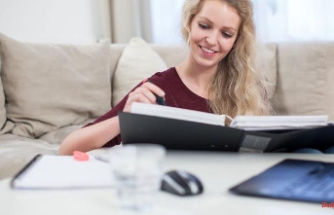 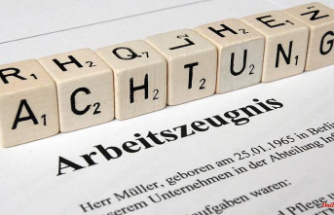 Request inconspicuously: This is how you get an interim certificate 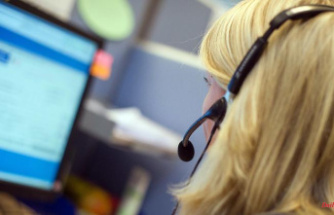 Light and shadow: who offers the best service?
BREAKING NEWS 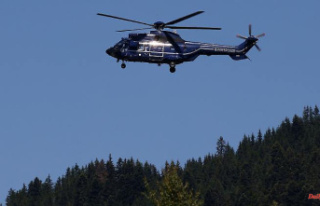 Bavaria: conservationists upset about the effort at...