What does it do to people when they're at the top? Are they going blind and losing traction? Can happen. 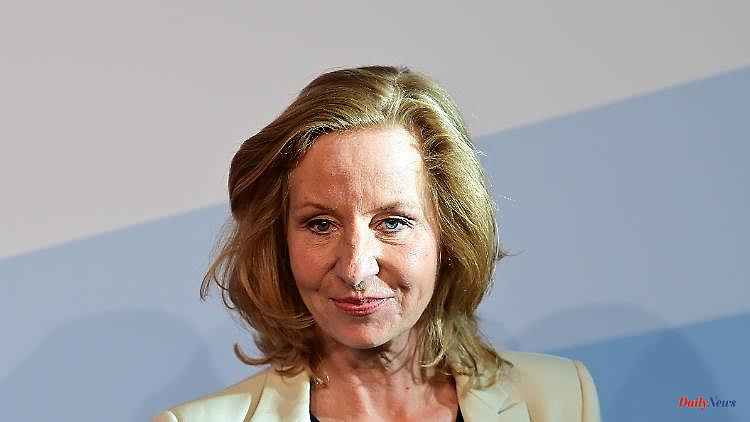 What does it do to people when they're at the top? Are they going blind and losing traction? Can happen. If that's the case and they then fall, then public condemnation, malice and frustration are not far away.

If the air gets too thin at the top, it can happen that you don't really feel anything anymore. For example your own greed and presumption, this feeling that the whole world revolves around "me, me, me". This can quickly get out of hand once you are "on top". Because "I" simply have the right to a great car, an exquisite interior design in the office, grandiose dinner evenings with friends, which are also very useful for business, a bonus here and a flight with a spouse or offspring to Sylt or South Africa - why not? The others won't even notice, besides, I deserve it and the envy of the others doesn't give a damn anyway. "Compliance" is a foreign word and my English is not so good. Maybe that's how the Schlesingers, Lambrechts and other royals think - but of course I don't know. Quickly bring a few more sheep into the dry, nobody can know what is to come.

It's not always just about money. It's about power and prestige (and of course, that also has something to do with money), it may also be about a certain stupidity. Prince Charles is said to be unsuitable for succession to the throne - I read that. While I personally think that's very mean, and I don't really want to imagine it, the maybe-soon-to-be-king in his seventies didn't cover himself in glory recently when supposedly unkosher dealings with Qatar were revealed: He is said to have accepted millions of dollars in cash and bags. As I said, it's not always just about gaining advantages through things, this thin air at the top does even more with some people who have suddenly come to fame, money or honor: Boris Johnson - while giving his people severe corona preached conditions - even like to let the puppets dance in Downing Street.

A form of self-importance that can affect many politicians and other powerful people, simply because they consider themselves invulnerable: everyone around them smiles, says "yes" all day long, brings tea and biscuits, grants wishes - that's how it could be go on forever. Documenta boss Sabine Schormann, who had to resign, probably didn't act out of greed for money, but out of the simple thought that where she is, she's simply ahead. So that she can set the tone, no matter how wrong it is.

Of course, sex is also one of the reasons why people have to resign from offices and posts. But the truth always comes out in the end. Because of Bill Clinton's "I did not have sexual relations with that woman" one had to ask oneself as early as 1998 where the "game" ends and sex begins. But let's leave that, Monica Lewinsky has suffered enough, the issue of "sexual harassment in the workplace" is still an issue, Bill was lucky because Hillary, after what must have been a terrible moment of absolute insult, like a rock in the surf, behind stood by his side and in general.

The question is whether all these transgressions, for which the public executes those who allow themselves the transgressions in a kind of circus maximus, are really worth it. A little fun, a little luxury, a little power - and then? the crash. Few manage to recover from it, see Bill Clinton. Christine Lambrecht, the Minister of Defense with the always tense expression around her mouth, who had let her son fly in the Bundeswehr aircraft, would certainly have enjoyed the mother-child time if the son had not posted photos from the air with a delicious lunch in the helicopter or flimsy destinations that one heads for in the Easter season. Now she has to watch every step she takes.

Sure, I expected more from Prince Charles than doing business with the sheikhs, and the documenta boss might have stayed if she had given in from the start: "Oh man, I didn't really notice that stupid anti-Semitism , I'll change that quickly, I'm really sorry" and no one could have said/ uncovered/ criticized anything else. After all, mistakes are human.

And Patricia Schlesinger? Others know more about her appearance, a lot has already been said and written, even the side story with her husband went silly - it just doesn't fit a seasoned artistic director who used to be a journalist. What I'm just wondering: Didn't she have anyone who could have pointed out her behavior? The company car with the massage seats, my goodness, Honda or Citroën also offer something like that, you could have gotten over that. The beautiful green areas on the executive floor could be seen as exemplary, because the director may have refrained from constantly buying new expensive cut flowers, the chic chairs (all of them with a massage function, really?) and the much-criticized dinners with friends in their own villa (which maybe even is not a villa but just a house) - well, you could also say that it is part of networking, being the boss, keeping your finger on the pulse of the times. It's always better to pay for dinner with friends yourself, old rule.

What is disturbing is the total sum of over 600,000 euros. And the overall impression. The chauffeurs, who were also used privately - although of course nobody knows whether the artistic director wasn't also sifting through public law files on the way to a private party, always concerned about the station and the possible savings through the Letting go of freshly groomed head.

But the public condemnation, almost like an execution, the display of all transgressions, including malice, envy and know-it-all, is that what it has to be? no Even if the RBB urgently needs to "clean up" and question itself very, very much, even if the English need a new boss, the Documenta now has a slightly bitter aftertaste, Charles may never become king, but William - it just can't run like it used to. No society can afford that. But the malice has to get out of the whole thing, negative energy only hinders the cleaning process. Because nobody is perfect, nobody doesn't make mistakes. Let's ask ourselves: Wouldn't I also grab it if I was offered a company car and the manufacturer gave such a big discount that I could have the ejection seat installed right away? How often have I wished for a chauffeur so that I could arrange the children's appointments and facetime with my friends from the air-conditioned rear. Wouldn't I also fly to Sylt if there was still a place available?

Just one more question: Is it actually rather reassuring that women are knitted in a similar way to men when it comes to abuse of power, exaggeration, corruption and misjudgment of their own irreplaceability? I have to think. Have a nice weekend and stay clean!

1 Culinary cult in Cape Town: "Tapi Tapi"... 2 Smachnoho!: Anastasias Sauerkraut mit Roter Bete 3 At the end of life in the clinic: the dying are often... 4 "Deep, indescribable sadness": Anne Heche's... 5 "It's hard to be hated": "Stranger... 6 Funded by the state: Prince Andrew may keep police... 7 Germany's last playboy: Berlin party king Rolf... 8 Vip Vip, Hooray!: When celebrities let themselves... 9 "I miss you deeply": Robin Williams'... 10 You don't treat yourself to anything else: Lena... 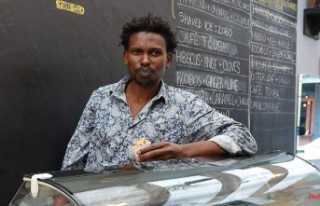