One for all: In the department store of madness

A dream - to be locked in the KaDeWe at night. 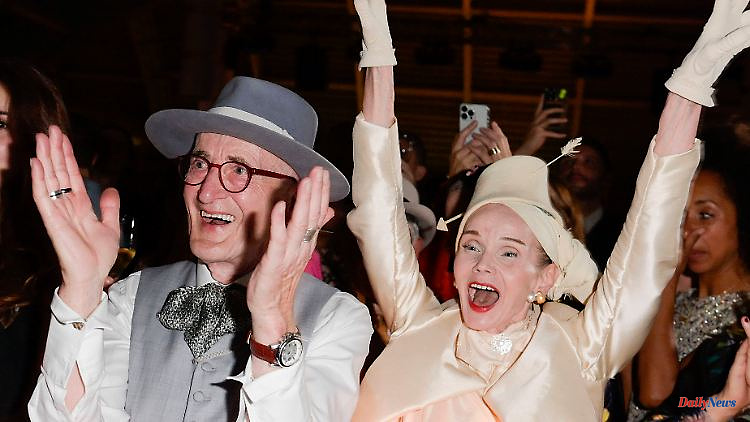 A dream - to be locked in the KaDeWe at night. The chances were not bad this week, because the luxury store invited to the grand re-opening and 115th birthday. The columnist, (liked to be) a Berliner, was there and gets nostalgic.

It doesn't have too much to do with the department store of the west I grew up with. And I'm probably the only one who found this series about KaDeWe stupid, everyone else totally hyped it. The KaDeWe - a consumer temple of the most modern kind, which attracts both tourists and locals with its many warm lights - has also become a bit colder. Formerly a mixture of fine perfumery and Woolworths on the ground floor (everything could be overlooked, from expensive cosmetics to simple ponytails), the so-called "shop in shop" principle has meanwhile become so established that sometimes you no longer know where you are, as you wander the posh aisles and stumble across the Asian teens queuing in front of Louis Vuitton.

I'm ambivalent: I've already spent my last money at KaDeWe, but my relationship with the store is so good that it's enough for a customer card. And it's always the same game: I go in without any needs, I come out with 1000 thoughts, wishes and a bit fussy. Longings are awakened, and that's the way it should be, of course. But it's no longer that kitschy way of imagining it, roaming around in a huge department store with big children's eyes and thinking to yourself: later, when I grow up, I'll be able to afford it. I no longer want to afford a lot of things and am rather turned off. In KaDeWe, that's where madness reigns, and I've had enough of that. But there is everything there! Except bike bells.

But the best thing about KaDeWe is the people anyway. I'm here for the grand reopening, because on Wednesday night the luxury store's 115th birthday and the reopening after the renovation were celebrated with a spectacular "Grand Opening". There's plenty to stare at: More than 2000 guests are enjoying themselves at the exclusive party, the who's who of Berlin's fashion, lifestyle, economy, culture and business scene, so tout Berlin, shake hands and cheek, Bussibussi, you cavort between the cheese department and the fish counter and have a great time. Modern escalators shovel the guests to lofty heights, champagne is served ad infinitum, oysters are served until the emergency doctor arrives. The truly huge KaDeWe is the hottest club in the city on this cold Berlin night - byebye Berghain - where Lars Eidinger DJs and the old and the new Berlin dance devoutly to the point of exuberance.

I used to go for a stroll with my grandmother along Tauentzien (actually called Tauentzienstrasse), where KaDeWe has always been. It was also called "window shopping", you looked at what the next season had to offer without buying. For now. It was about transitional shoes and jackets, it should be something nice for Easter, something meaningful for Christmas. Today – and by that I don't just mean the Grand Opening – there are people in KaDeWe who really think about what to wear before they go shopping, the huge escalator is the catwalk for all wannabe models.

On party night there are women there who definitely show more than they need to, I'm thinking with a friend what it would be like if we dip our heads into one or the other cleavage just because it's decadent madness would be if we could now bury our heads in some kind of jade bay. As I said, the champagne flows freely on this opening night.

Suddenly I have to think about how we went to KaDeWe with my mother's cousins ​​after the Wall came down, and they tacked on the 100 Westmark welcome money. So what should you buy first? What was 100 marks in KaDeWe ever enough for? One of the cousins ​​cried at some point, she was overwhelmed, I understood her so well, still do today, would like to apologize that we didn't go to the zoo instead of this madhouse.

But it keeps pulling me back. Shortly before Christmas I'm guaranteed to be on the mat and let the customer card glow. Firstly, because I need presents, all at once, and secondly, because I traditionally have a bubbly date there. With a few friends, the "motherless". There was Christmas when my friends and I invited our mothers to the Fressetage - I still regret that we didn't do it much more often. Well then, now without mothers, hence the dreary name.

I leave the party elated, walking out on this luxurious opening night listening to the conversation of two women behind me. Woman 1: "I moved my Birkin bag to celebrate my 50th birthday in a big way." Woman 2, without seeming particularly shocked: "To be honest, I'd like to know where I put my Birkin bag." They laugh. I turn around and say, "I once sold a diamond ring to go on a ski vacation." We all laugh and throw back our heads in mild hysteria.

I thought I could do without this stupid phrase, but I can't, because: Dit is Berlin. Have a nice weekend, see you. In the food section.

1 Hesse: rain and clouds in Hesse – risk of ice at... 2 Baden-Württemberg: a man falls five meters in a car 3 Saxony-Anhalt: Two dead in an accident with a trailer... 4 Search for a good compromise: Ampel believes that... 5 Defense speech before the Qatar World Cup: The confused,... 6 "Almost as cool as at Ballermann": Way of... 7 Thuringia: Court of Auditors complains about allowance... 8 North Rhine-Westphalia: Car breaks through bridge... 9 Bavaria: police arrest suspect after death of student 10 Baden-Württemberg: Green-black: compulsory identification... 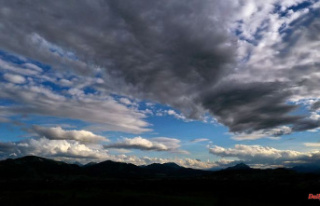 Hesse: rain and clouds in Hesse – risk of ice at...