One for all: is it vintage or can it go away?

Family party, something chic should come, a good reason to shop for new clothes. 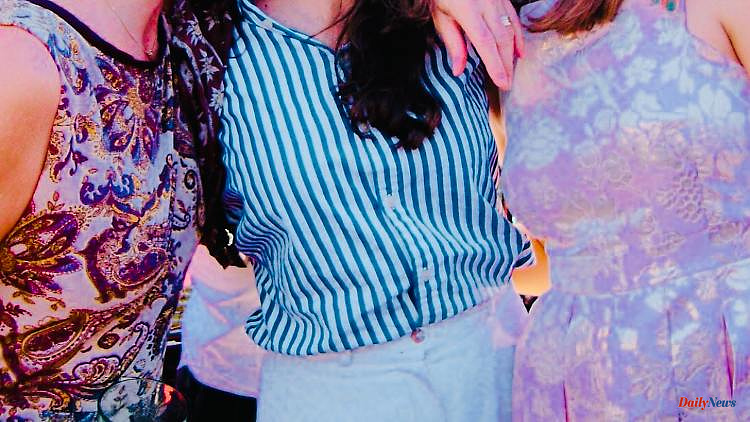 Family party, something chic should come, a good reason to shop for new clothes. For the children, because they're always growing, for themselves, because it's just about time again, and then suddenly this thought: does it have to be real? The columnist is serving this week.

I'm really at risk. Signing up for countless newsletters, following cool shops on Instagram, second hand shops or vintage boutiques on vacation are my downfall. It doesn't just have to be clothes, it can also be shoes. But it is above all old glasses, carafes, blankets, cushions, vases and jewelery that fascinate me. That feeling of "already worn/used" or "already loved" turns me on. "It used to be expensive" also plays a role, but even more: It used to be new at some point, just not now. You are by no means (at least less often) an embarrassing fashion victim if you wear retro.

So I look at dresses that wouldn't suit me, rummage around in shops for silver cutlery when I've flown with hand luggage, only to realize with a sigh that I won't be able to take a 24-piece cutlery set including knives on board . Next time, yes, I'll come by car, preferably by van, because I really like that huge Berber carpet back there, it goes well with the arc lamp, which I surprisingly still transported from Marrakech or Tel Aviv , don't ask how, DHL had nothing to do with it.

But clothes, that's one thing. You have to buy new from time to time, because even - and above all - the dearest parts dissolve into their component parts after years of wearing. I'm in a flea market group on Facebook that has 3,000 women - there's a lot of rubbish going around, but there are also real hits. If you can have a Jil Sander jacket for 200 euros instead of 2000 euros, then I glow. A rowing machine for a small dollar? No problem. You can even buy cars there. "Horst" has made me happy for two years because he drives topless in the sun and I don't know how I ever lived without Horst, even though I never used to name my cars because I thought it was silly. But I took over Horst like that.

Back to the occasion, as I said, a big celebration, family and friends are coming, it's getting warm, we're going to show off. Well, to be on the safe side, the women of the family go to the KuDamm to do research. We like the first dress best, one child tries it on, it fits like a glove, the price is ok, the other child says: "Now really, if she wears that, then she can also wear what I have left hanging in the closet from five years ago." We look at each other, nod, let the dress hang back to be on the safe side and drive home.

It's true: the dress in the closet is much nicer than it was when it was new, it wasn't cheap back then, it was a gift from my uncle, and here, too, one has to say: it fits like it was tailor-made. They're just sisters, great. I've saved. But now the other two. It has to be said that the child who will be the main attraction on the day is now wearing her sister's old dress. Should I buy him a new dress now? Would be somehow unfair, and that's so difficult with justice anyway.

So we examine my - clearly arranged - wardrobe. After Covid, I kindly lost three kilos on my hips and actually fit into a dress (it could be a little looser) that I loved wearing years ago and often wore on festive occasions when there were more of them. But I haven't worn it for years, it's like new. i will wear it Further rummaging in the basement turns up a pair of trousers that I kept for sentimental reasons, because they are from my first wedding, which in retrospect I would confidently call a children's wedding, I was so immature at the time, but at least I had an excellent one at the time, rather timeless taste (which I wouldn't say about every phase of my life.)

My older daughter grabs the good piece - you guessed it, it wasn't cheap, looks like new and fits like a glove, as if these trousers were made for her. I whistle appreciatively macho, not without thinking: "Wow, did I fit in there?!!!" and I'm still very satisfied with myself and the overall situation. We all have more than enough shoes, we look great and it didn't cost a puseratze, I'm already internally increasing the drinks flat rate that I had set for the family celebration.

I find confirmation of my vintage strategy on our festive day in many ways: the old father of the main attraction is on the same page with the new father, the main attraction child is praised over the green clover for her look (she could, however, wear a garbage bag and would being the prettiest), the other child (who has also often been the main attraction and the prettiest) is also complimented on the idea of ​​pimping their mother's old trousers with their young friend's shirt, and my grown goddaughter tells me that it is Dress that I'm wearing but actually made for her one day when I'm fatter. I'll get myself a drink, I can afford it.

1 ARD presenter has Corona: Caren Miosga missed the... 2 Pop-Titan back at DSDS: nothing to get without planks 3 Relationship with his nephew ?: Ricky Martin defends... 4 Theodore the "most beautiful gift": Maria... 5 Enjoy summer nights: planting and lighting tips for... 6 Extreme weather in southern Europe: heat and fires:... 7 Travel for cyclists: from sports holidays to family... 8 Stomach ache after cherries and co: why do some people... 9 Bavaria: 70-year-old missing after swimming accident... 10 Bavaria: Kitchen fire causes high property damage... 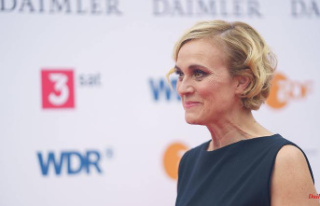