Not everyone wants or is able to work until they are 65 or 67. 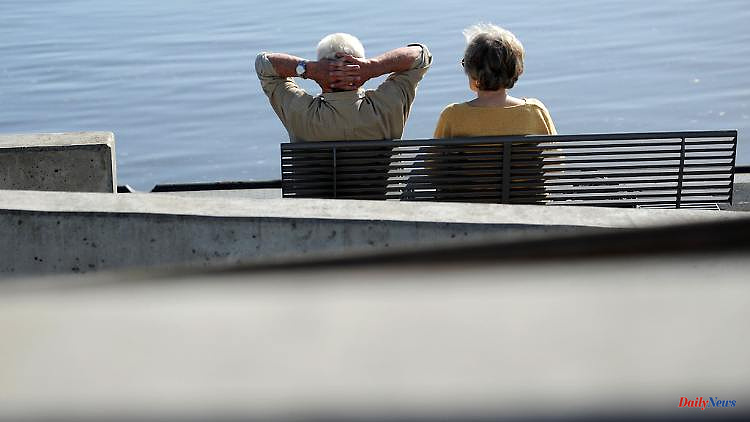 Not everyone wants or is able to work until they are 65 or 67. There are various options for early retirement. What is important.

Working until 67? Many employees would like to retire earlier. And that is possible, because not everyone has to work until normal retirement age. There are a number of ways to take early retirement. But what about the financial losses?

Basically, it is advisable to get information from the German pension insurance if you are interested from the mid-50s. First answers to important questions can be found here:

Up to what age do I have to work to receive the regular old-age pension?

Anyone born in 1964 or later actually has to work until the age of 67. The previous years can finish earlier, their entry age is staggered. For example, the age limit of 65 years and 11 months applies to those born in 1957. According to the “Finanztest”, people born in 1960 are allowed to retire at the age of 66 years and four months.

Which months are counted towards my pension?

That depends on when you want to start your retirement. Many phases in life are taken into account for an early pension after 35 years of contributions. "In addition to times when employees were employed with social insurance or paid in voluntarily, there can also be times when no contributions were paid," says Max Schmutzer, editor at "Finanztest".

These include, for example, study phases, maternity leave or times when someone stayed at home for their children. The latter, however, only up to the age of 10 of the youngest child.

Anyone considering early retirement after 45 years of insurance can also have periods of child-rearing and voluntary care credited in addition to years of contributions, according to Dirk von der Heide, spokesman for the German Pension Insurance Association. Other examples are short-time work, sickness or injury benefits.

Early retirement without deductions - what do I need to know?

If you have at least 45 years of contributions, you can retire earlier without deductions - i.e. without a reduction in your pension.

"After an insurance period of 45 years, you can generally retire earlier," says Samuel Beuttler-Bohn, officer for old-age security and accident insurance at the social association VdK Germany. This is allowed up to two years before the regular retirement age, which is graded according to age groups.

What interested parties should still note: "Anyone who draws their pension two years earlier then no longer pays any contributions to the insurance company," says Schmutzer. The old-age pension will therefore be lower later on. But that is usually not a problem. "The additional pension points can hardly compensate for the pension paid out two years earlier."

Early retirement with deductions - what should be considered?

Anyone who has paid pension insurance contributions for 35 years is considered to be “insured for many years” and can also retire early. However, there are deductions here, namely 0.3 percent per month.

An example: From those born in 1964, the standard retirement age is 67 years. "If employees then want to retire at the age of 63, they have to accept deductions of 14.4 percent on their pension," says Beuttler-Bohn.

"These deductions can be fully or partially offset by special payments from the age of 50," says von der Heide. He calculates: "With a gross pension of 1,200 euros per month, the monthly pension is reduced by 10.8 percent or 130 euros if the pension begins three years earlier." If you want to fully offset the sum, you have to plan a total of 29,200 euros in additional contributions.

What about the semi-retirement model?

In semi-retirement, the employee reduces their working hours and salary several years before regular retirement, usually by half. Important to know: "The employer tops up half of the salary by at least 20 percent of the standard wage," says Beuttler-Bohn.

In addition, the employer pays at least 80 percent of the pension insurance contributions, but does not have to pay more than 90 percent of the contributions that would be due for the regular wages. "Finanztest" editor Schmutzer advises: calculate carefully whether you can get by with the lower salary for several years. "Especially in the current situation with regular price increases."

A credit balance, also known as a lifetime work account or something similar, can be agreed with employers. According to Samuel Beuttler-Bohn, part of the salary, one-off payments, overtime or vacation days not taken can be included.

Employees can also use their savings for early retirement. Anyone who is terminated prematurely by the employer can have the credit transferred to the Deutsche Rentenversicherung Bund. The prerequisite is that the new employer does not continue the account, says von der Heide. "For this, however, the value must be at least 19,740 euros in the old federal states and 18,900 euros in the new ones," says Beuttler-Bohn.

Early retirement is often brought into play by companies when it comes to downsizing. "Finanztest" points out that the retirement benefit must be at least 65 percent of the previous salary.

"Of course it sounds tempting to collect salary without work," says Schmutzer. But significantly less money ends up in the account every month. "Calculate whether you can maintain your desired standard of living with lower income."

1 People weep with happiness: Dogs shed tears of joy... 2 Always new findings: The Neanderthals were very different 3 North Rhine-Westphalia: Production and sales of dietary... 4 Baden-Württemberg: Man falls from the roof and is... 5 Bavaria: Drug company Dermapharm grows in the first... 6 Baden-Württemberg: Municipalities would like to prepare... 7 Bavaria: Marijuana in the garden 8 War could last for years: Ukraine and Russia are fighting... 9 The majority are women and children: almost 970,000... 10 After criticism of party videos: Sanna Marin publishes... 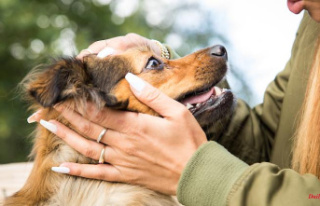