Promote art - and demand: "The state only fulfills its tasks to a limited extent"

Glamorous parties at night in the museum, charity auctions that bring in 3. 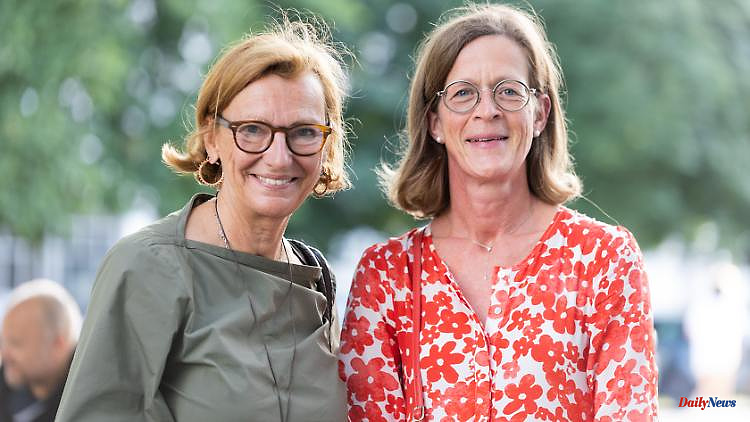 Glamorous parties at night in the museum, charity auctions that bring in 3.4 million euros, as they did recently, all have an exclusive touch. The Munich PIN is included. far from being an elitist society club, because the circle of friends is about education. And that as easily as possible, across generations and across social classes. The association was founded 65 years ago as a Munich gallery association, making it one of the oldest in the country. For 20 years, with the opening of the Pinakothek der Moderne, known as "PIN. Friends of the Pinakothek der Moderne", the concise abbreviation PIN. become a brand. Thanks go to strong women who volunteer for this. n-tv.de spoke to the board members Annette Stadler and Dorothée Wahl about tasks, sponsors, children in the museum and art that kisses awake. They also strike critical tones.

What is the purpose of the PIN.?

Dorothée Wahl: To keep the museum in conversation and in motion, to generate visitors, to look for sponsors. Our role as intermediary is very important, with which we help the company's exhibitions to gain more visibility. It must also be said that without the financial support of PIN. many exhibitions would not be possible. The state only fulfills its tasks here to a limited extent.

Dorothée Wahl: Absolutely. We still have patrons in Munich who support contemporary art out of genuine interest.

Thanks to funds from PIN. exhibitions are made possible, but art is also purchased for the collection, and there is a remarkable program of intermediaries. Almost 1000 membership fees and the proceeds from the PIN. auction, which takes place annually in November, isn't enough on its own?

Annette Stadler: No, fortunately there are many generous donations. For certain exhibitions we try to find sponsors. Some donations are separate and linked to a children's program, for example.

Dorothée Wahl: Our placement programs make up a large financial block. This is how other social groups come into the house. We have many programs for children and young people between the ages of 2 and 20.

Dorothée Wahl: Our children's and after-school care program PIN.OCCHIO is incredibly popular. The groups are picked up by a bus, they visit the museum, eat together there and return by bus. A new program is intended to appeal to 13 to 17 year olds, so we offer methods such as coding or filming.

And the Circle of Friends pays for all of that?

Annette Stadler: Yes, or a sponsor that we acquired.

Dorothée Wahl: I would like to emphasize that Allianz has been heavily involved in our children's programs for the past ten years. In my opinion, large companies in a city are obliged to participate in the social context. BMW and Siemens do the same. On the other hand, I don't see Google, Amazon or Microsoft anywhere, which the city pampers in all sorts of areas.

They probably don't know what you're doing yet. Why are children so important for museums?

Annette Stadler: Anyone who comes to the museum as a child will come back later. Children and young people, no matter what social background they come from, are an enrichment for the museums.

Do young people from a socially disadvantaged background also get stuck?

Dorothée Wahl: Absolutely. We just have an art mediator who came to the house through the children's program. Some parents come to the Pinakothek der Moderne for the first time because the children are showing them the house.

The name PIN. has something of a special access code, while the club's program is aimed at everyone.

Annette Stadler: Anyone who is interested in contemporary art is very welcome and can be part of PIN. will. We have a huge program for our members, with guided tours through the exhibitions, lectures and studio visits almost every week. Our association's goal is education, which is why we can offer the educational programs free of charge. However, you have to pay for the glass of wine afterwards during the in-depth discussion.

"Art kisses awake" was PIN's last auction motto. When were you kissed awake?

Annette Stadler: Unconsciously in the parental home. When I moved out, I saw the bare walls of the student room. I realized that I grew up surrounded by art and wanted to have the pictures from my childhood room with me. At some point in Munich I read about the PIN. Party. I always went to museums, but being able to support a museum and go to a party at the same time was new, so I became a member. I have been actively involved for eight years. You don't have to like every piece of art you see. But the fact that other topics open up through art, to ask oneself why something appeals to me or not, that's exciting.

Dorothée Wahl: I moved from Freiburg to Cologne during my studies in the 1970s and thought the city was terrible. Cologne was a black city and seemed so uninteresting to me at the time. My salvation was art and friends who work in galleries. When it came to art, Cologne was the hip city in Europe at the time. That's how it started 45 years ago. I have been on the PIN board since 2008. Dealing with art is something that inspires and develops one's own spirit.

Seven people work as permanent employees for the association, plus board members and a number of other committed people who work on a voluntary basis. To you as a board member, that sounds like an unpaid full-time job.

Dorothée Wahl: If you want things to go well, you can only do it if you really invest time. In the end it's 20 to 40 hours a week, depending on what's coming up.

Annette Stadler: Our commitment is certainly costly, but it is also enriching for us. We see ourselves as intermediaries, communicating with many people, wanting to network them. In terms of content, however, we have no influence on exhibitions or museum acquisitions, even if the interests of the museum are our top priority.

Dorothée Wahl: I think it's extremely important to take on responsibility. This is too uncomfortable for many people today, many prefer to hide behind regulations than to show initiative.

Let's move on to contemporary art. It is said that she sometimes finds it difficult in Munich. Why is that?

Dorothée Wahl: I wouldn't attribute that to Munich at all. There is a large community of collectors here, which makes many things possible that don't happen elsewhere. The problem I see is politics, the city and the ministry, which are simply particularly interested in Oktoberfest, automobiles and football as advertising media.

Annette Stadler: There is a problem with marketing. The ministry responsible for us is not the Ministry of Education, but the Ministry of Science and Culture. The minister there is probably more interested in science. The appeal that art and culture manifests in the city needs to be communicated much more broadly.

Isn't that a nationwide problem?

Dorothée Wahl: Yes, Berlin and Cologne are not one iota better. One has the feeling that Germany is a bit asleep in this regard. Cecily Brown, one of the most sought-after contemporary artists of all time, has her first exhibition in Germany, here with us. But the political support is simply not there.

Does that frustrate you?

Dorothée Wahl: We draw attention to ourselves and don't shy away from going to the ministry if a topic isn't being given enough attention.

Is the annual auction or the upcoming anniversary party something of a reward for you too?

Annette Stadler: It's a lot of work, but of course it's also a lot of fun. At the moment we are busy preparing the PIN. Party to do on September 16th. Everyone is invited to the 20th birthday of the Pinakothek der Moderne. The museum is celebrated and every ticket takes part in a raffle.

Children. Family. You can find the art education program here

PIN information. Party on September 16th in the Pinakothek der Moderne, Barerstraße 2, Kunstareal Munich, and everything about the PIN.Freundeskreis 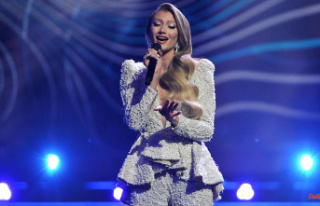 Speculations about DSDS: Bohlen is said to have chosen...