No apartment of your own without a key. 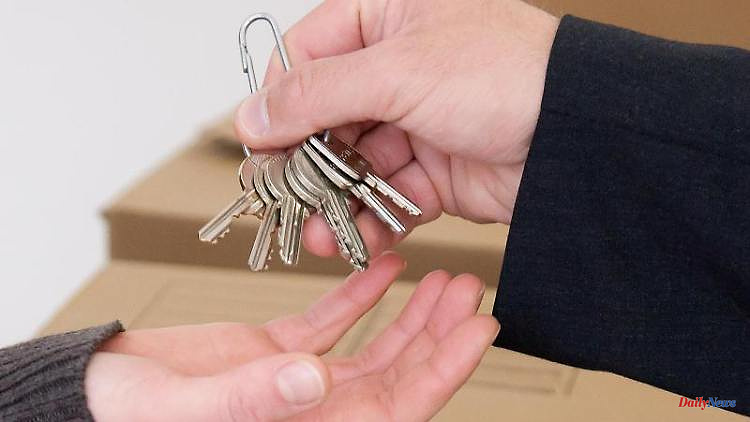 No apartment of your own without a key. For tenants and landlords there are a few things to consider when it comes to this important item. About who is allowed to duplicate keys and what happens if they are lost.

The moment when tenants receive the keys to their apartment or house is a special one. Because now they have access to their new kingdom - and can exclude others, including their landlord or landlady. Because they are only allowed to enter the apartment after prior agreement. But precisely because the key is so important, certain questions keep coming up.

How many keys does my landlord have to give me?

"When moving in, the landlord must provide enough keys for all household members," explains Jutta Hartmann, spokeswoman for the German Tenants' Association in Berlin. This not only applies to the apartment key, but also to mailboxes, cellars and other possible entrances. "At least all adults should be given a key," agrees Julia Wagner, head of civil law at the house owners' association

Arguing about the exact number with your landlord is usually not worthwhile. "If I'm entitled to four keys and only get three, I'll of course consider whether I want to go on the barricades as soon as I move in," says Hartmann.

By the way: the landlord is not allowed to keep any of the existing keys.

yes they may With simple keys that are only valid for a lock, this is not a problem either. "You just have to tell the landlord," says Hartmann.

It is a bit more complicated with locking systems in apartment buildings. Here, tenants must obtain the consent of the landlord and present it to the locksmith. "Normally you need a security card to copy a key for locking systems," explains owner representative Wagner.

Many landlords would prefer not to give them out. Then the tenant must ask the landlord to take care of the duplicates.

Who can I give my keys to?

"I'm free as a tenant," says tenant association spokeswoman Hartmann. "I can give my keys to relatives, neighbors or friends." In short: everyone you trust.

Do I have to give my landlord the key when I go on holiday?

no "The landlord is not entitled to the key, he is not allowed into the apartment without a good reason," says Hartmann.

According to the law, however, the tenant should give a key to a trusted person nearby and inform the landlord about it. The landlord must be able to reach the tenant in an emergency and have access to the apartment, for example in the event of a water pipe bursting, says Wagner.

What do I have to do if a key is missing?

"It's very important that I inform the landlord if I lose a key," says Wagner. In extreme cases, he would have to change the locks. With a locking system in an apartment building, this can be expensive. The costs that the tenant will incur will depend on the individual case.

"If a key just breaks or sinks to the bottom of the sea during a boat trip, it is not necessary for the locking system to be replaced," says Wagner. However, if the tenant has acted negligently, for example leaving a bag unattended and the key was stolen from it, things could be different.

"One requirement is that abuse is likely," says Jutta Hartmann. So if a thief could know which house or apartment the key belongs to, the landlord will probably have to have the lock replaced.

Which insurance covers the loss of a key?

Under certain circumstances, the private liability insurance of the tenant can step in here. The insurance company can cover the costs of replacing the locks or replacing the entire locking system, says Mathias Zuk, contact person for consumers at the German Insurance Association.

However, the loss of keys - often referred to as "private third-party keys" in the conditions - must be expressly included in the insurance. In addition, depending on the tariff and contract, a deductible by the customer may be agreed.

Do I have to return all the keys when I move out?

Yes. "I have to give the landlord back the number of keys he gave me," says Hartmann. If the tenant has had additional keys made, he or she must also return them.

"As a rule, I am not entitled to a refund of the costs for the additional keys," says Wagner. What you are allowed to do if you absolutely do not want to hand over the extra keys to the landlord without reimbursement is to render them unusable in front of the other person's eyes. 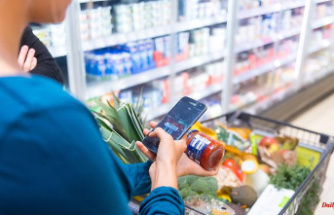 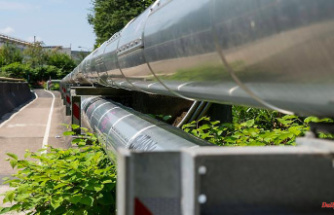 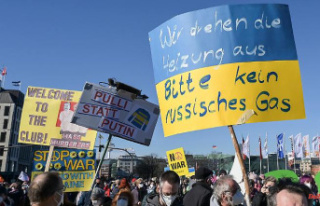 How to really save energy: Small changes in behavior...