Good service is the pride of every restaurant. 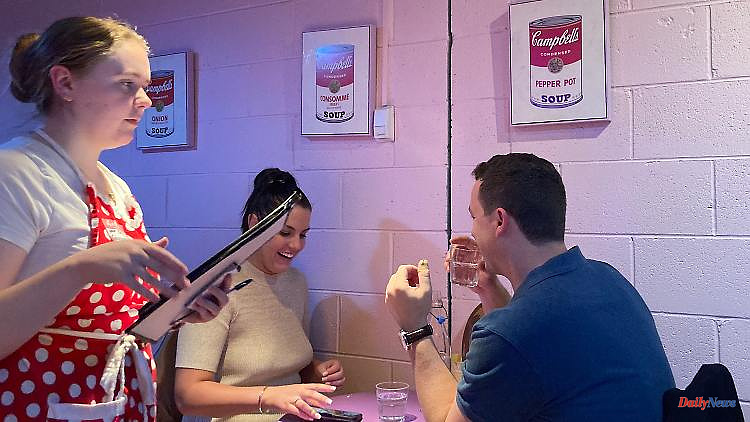 Good service is the pride of every restaurant. Quite different in the Australian "Karen's Diner". There guests are mobbed and deliberately poorly served. The curious concept is so well received that the chain is expanding worldwide. But who is actually "Karen"?

Even entering the restaurant is a different kind of experience. After the guests have been ignored for a good five minutes, a waitress sneaks up with an annoyed expression. "Have you reserved?" The guests nod. "Well, then you can wait a bit," says the waiter harshly and leaves. Finally she comes, nods her head to follow her - and then listlessly throws the menus at the table from two meters away, so that they splash on the floor. The guests meekly scrape the menu cards off the floor and settle into the candy-colored chairs. Welcome to Karen's Diner.

The eatery is located in the World Square shopping center in the heart of Sydney's Central Business District (CBD). The pink and mint green facade reads what it's all about: "Great food, terrible service". The rules of conduct are also noted on a sign: "Sit down and shut up." However, dinner does not take place in silence. This is ensured by snotty waitresses and various trivia games in which the guests can only make a fool of themselves - whether they want to or not.

But who is actually "Karen"? For a number of years, the name has been synonymous with a certain type of woman, especially in the USA, and is now a popular meme known in many countries. The nickname is used to describe middle-aged white women who behave in an outrageous and annoying manner, constantly demanding rights and making claims - and demanding that superiors be called in to clarify the often absurd situations. Accordingly, the slogan of the Karen memes is: "Can I speak to the manager?" The typical hairstyle is a short blonde bob.

Anyone who has ever wanted to behave as impossible as a real Karen can now live out this fantasy uninhibitedly in the diner, the makers emphasize: "At "Karen's" you are greeted and served by rude waiters, who in return expect you to give your... Best Karen. A place where you can complain until the doctor comes because we literally don't care." On the tables there are headbands made of cardboard that imitate the bob cut and with which visitors can also transform themselves into a Karen.

The original Karen's Diner opened in Sydney just last year - but the quirky concept has been so well received that the chain is now looking to conquer Australia and even the world. There are already branches in Melbourne, Brisbane and the Gold Coast, and a second location recently opened in Sydney. In the UK, branches opened in Sheffield and Manchester. Further locations are planned in the USA, Canada and New Zealand, as can be read on the website. Germany is not among them - so far.

Whether age, eating habits, haircut or clothing - everything that is a little out of the norm is used as an opportunity to publicly embarrass the guests. The service staff in red and white aprons have to be extremely quick-witted and act almost like actors. When an Asian woman orders the vegan version instead of a meat or chicken burger, a waiter grabs the microphone, points his finger at the woman and sneers: "We have a vegan in the room! Buuuuuh!" A chorus of "boos" echoes through the venue, followed by lots of laughter.

The interactive 1950s-style burger shop is designed to be fun. The chain itself speaks of an "absurdly funny experience". The restaurant is popular for birthday parties or bachelor parties. However, the taunts get down to business, they gossip and defame, the (advanced) age of some of the guests is rudely pointed out - and crude swear words are used more than once. Young people under the age of 16 are therefore only allowed access when accompanied by adults. Even those who are easily offended or take things personally are not in good hands here.

Good news for everyone whose real name is Karen: you're getting a free drink. On the other hand, it's bad when a guest orders something else or asks for ketchup or salt: "Now you're coming with that? Shouldn't you have thought about it earlier?" the waitress hisses and rolls her eyes. "It was an interesting evening," says a man from Sydney as he exits. "The restaurant keeps everything it promises: bold service, a funny show and delicious burgers."

But there is also misunderstanding. "Karen's Diner" was hotly debated on social media after it opened. "Why would anyone want to eat in a restaurant with such a negative vibe, it's absolutely not for me," wrote one Australian. Another user said: "What a complete waste of money. There must be something wrong with people if they pay good money to be intentionally insulted." Meanwhile, the evening ends just as rudely as it began. Late at night, one of the waiters grabs the microphone again. "Go pay your bills!" he rumbles. "And then get out of here!".

1 Sam strips naked on OnlyFans: Charlie Sheen is mad... 2 Against Abou-Chaker's will: Bushido's swanky... 3 Does omicron vaccine protect against BA.5?: Why the... 4 Baden-Württemberg: More than a hundred trout probably... 5 Bavaria: Bicycles worth 1.6 million euros disappeared 6 Hesse: Fine notice can be paid when shopping 7 Baden-Württemberg: No quick changes with stricter... 8 Baden-Württemberg: Water withdrawal from streams... 9 Bavaria: Bavaria wants hydrogen from Scotland in seven... 10 Bavaria: Body of an elderly man from Main near Würzburg... 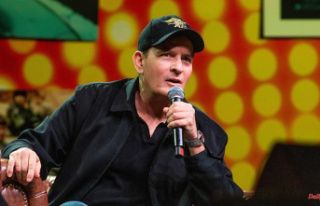