The federal and state governments are planning a cheap ticket for buses and trains over the summer. 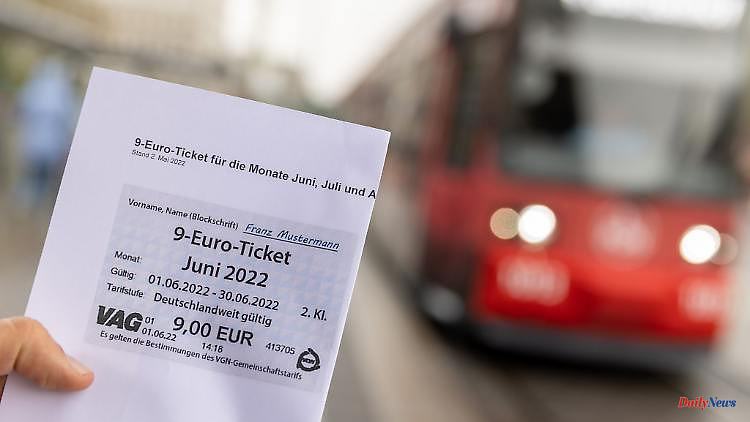 The federal and state governments are planning a cheap ticket for buses and trains over the summer. Does it attract many new passengers? Consumer advocates want more than a one-time action and fear that the trial offer could become a deterrent.

The consumer advice centers see the planned 9-euro monthly tickets for local public transport as an opportunity, but also call for fundamental improvements. The Federal Association's mobility expert, Marion Jungbluth, told the German Press Agency that the ticket, which is valid nationwide, could act as a "booster for buses and trains".

So far, complicated tariffs have deterred many from switching. "That's changing now, and public transport is becoming easier and more consumer-friendly." The federal government should draw conclusions from this and ensure that essential ticket and transport conditions are finally standardized. Under no circumstances should prices rise shortly after the 9-euro ticket phase due to higher fuel costs, which also affect buses and trains, said Jungbluth. "Therefore, the federal government must announce a price moratorium for buses and trains until the end of the energy crisis and compensate for the rising costs for public transport." At the same time, the public transport system must also become more efficient.

In June, July and August, the special tickets are intended to enable travel in local and regional transport throughout Germany - for 9 euros a month and therefore much cheaper than normal monthly tickets. They are part of the traffic light coalition's relief package because of the high energy prices. At the same time, it should be a taster offer to win more customers for buses and trains. The federal government finances it by giving the federal states 2.5 billion euros to compensate for loss of income. The law should be introduced to the Bundestag on Thursday evening.

With regard to operational implementation, consumer advocate Jungbluth warned that a lack of capacity could lead to bottlenecks, especially in summer, when consumers shift excursions from cars to buses and trains - and these are already more than full in the summer months and on weekends anyway. "So the trial offer could become a deterrent offer." In general, the 9-euro ticket is primarily a necessary compensation for the fuel discount that is also planned, which will solve neither the energy price nor the climate crisis, said Jungbluth. "Even if the price of petrol falls by 30 cents, the decision shouldn't always be in favor of the car."

With a view to an import stop for oil from Russia, which will probably only take effect at a later date, she advised reconsidering the timetable. "A postponement would therefore make sense. Otherwise there is a risk that the relief provided by the 9-euro ticket and the fuel discount will expire exactly when the fuel prices shoot through the roof due to the embargo." Transport companies could also increase the offer and increase the frequency in autumn at the earliest. But that is a necessary prerequisite for a positive driving experience for newcomers to public transport.

In an application, the left in the Bundestag calls for the 9-euro ticket to be made permanent "until at least the end of this year". Because of the planned duration in the summer holidays, the incentive to change in everyday life only partially comes into play. In this way, really valid insights into the effectiveness of the price incentives could be gained. The draft law of the coalition factions of SPD, Greens and FDP, which is now being discussed in the Bundestag, regulates the financing of the offer.

It is to be decided on May 19 and one day later in the Federal Council. Specifically, the "regionalization funds" with which countries and associations order transport offers from providers are to be increased by 3.7 billion euros: in addition to the 2.5 billion euros for the 9-euro monthly tickets, a further 1.2 billion euros will be used to compensate for losses due to the corona pandemic. The federal government is already giving 9.4 billion euros in regionalization funds this year. In addition, there is another billion from another financial pot.

1 Seven tips: This is how you can save money on insurance 2 Extraordinary hardness: Can the speeder avoid a driving... 3 Smart Gardening: Gardening in the digital age 4 Government Grants: Five tips for getting a stairlift 5 Hotel search on the net: Better not just trust reviews 6 Judgment of the Münster Finance Court: Higher real... 7 Savers can breathe a sigh of relief: is this the end... 8 Paid time off: when employees are entitled to special... 9 Supplementary dental insurance in the test: 26 tariffs... 10 Direct bank sets trend: ING abolishes negative interest... 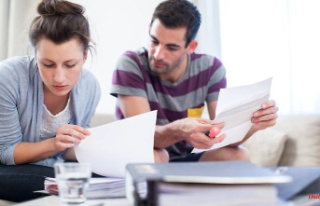 Seven tips: This is how you can save money on insurance