In the years since 1996, the RTL donation marathon has taken in around 250 million euros and distributed it 100% to the children who most urgently need support. 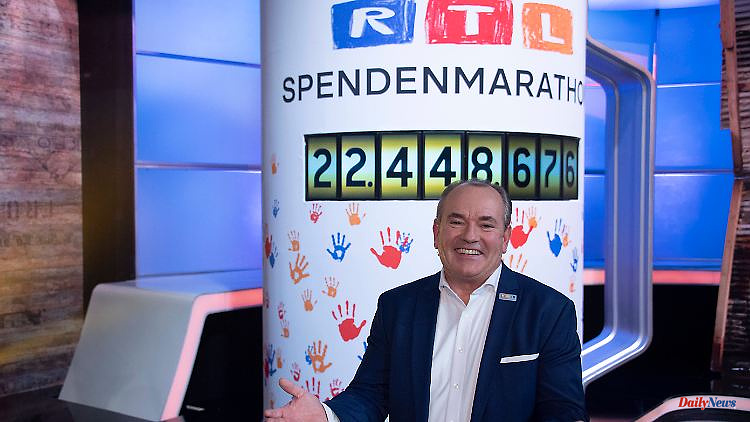 In the years since 1996, the RTL donation marathon has taken in around 250 million euros and distributed it 100% to the children who most urgently need support. The donation marathon is unthinkable without marathon man Wolfram Kons, with whom ntv.de therefore talks about children, money and the company. Only once was his moderation on the brink - that was when his second son was about to be born and his colleague Steffen Hallaschka was "full of make-up" behind the scenes to be able to step in, reveals the RTL Charity general manager and moderator of the 24-hours -Events. And didn't have to do anything, "because Leonhard took a little more time". On November 17, the longest charity program on German television will start again, from 6 p.m. donations will be collected with prominent support. "Corona, the war in Ukraine and immensely increasing costs everywhere: Germany is in a serious crisis," said Wolfram Kons. "The number of children affected by poverty is also increasing rapidly here. That's why we're fighting child poverty in Germany at the 27th RTL donation marathon." Please fight!

ntv.de: RTL donation marathon: What has changed over the past 27 years? Keywords: children, problems, willingness to donate?

Wolfram Kons: Donations have increased massively in the last two years! But for dramatic reasons - Corona and the flood disaster in the Ahr Valley have opened people's wallets wide. It has to be said that we are active all year round and don't just measure the willingness to donate on the day of the donation marathon, but 365 days a year. And that is certainly the biggest change in the last few decades: In the beginning, we concentrated everything on one day, and that was it. But we have built up the help all year round in recent years. You can then help immediately with a flood, or with the Ukraine. And that is the biggest difference between our current work and what we used to do with our foundation “RTL – We help children e.V.”. But the donation marathon remains the absolute highlight that we are working towards and are excited about, because we are really mobilizing all of Germany with it.

What is the focus of the donation marathon this year?

Clearly on child poverty in Germany. We know that our viewers, our users, the donors want to know what we do for the children in Germany. One can already say - without anticipating the exact results of the Forsa study that we commissioned - that the fear that child poverty is increasing in Germany is fully correct.

You have many celebrities at the start again, Guido Maria Kretschmer for example. He is raising money for children who have suffered a stroke...

This is something that cannot be imagined. There are children who suffer a stroke in the womb or at birth. That was never recognized before, so people just said, oh, that's strange... I have to mention Liz Mohn at this point because she is the one who made the topic of stroke so well known in Germany: Through her initiative we are quite sure thousands of lives have been saved. I was with her in the therapy center in Bremen Friedehorst. If a child then comes towards you and stretches out its arms wide, then your heart will open anyway. But especially when you know that the year before that kid couldn't straighten his arms because of a stroke - that's so touching. However, thanks to the therapies that are now possible, we are able to help people back to life. And that touches me a lot. There's tremendous progress, both in detection and in therapy.

The work of "We help children" is done continuously...

Exactly, above all we like to look for partners who - like us - do their work sustainably and for the long term. I'm for evolution instead of revolution (laughs).

You collect so much money that you can generously support many projects with a really clear conscience. Actress Michaela May, for example, takes care of children in Kenya who are at risk of starvation. Her urgent appeal: "Please help, these children are hungry". Everyone can understand this feeling - hunger - and when we are hungry, we go to the fridge.

And in other parts of the world, it's a matter of life and death. Michaela is very committed there, she was there, drives for hours on the dusty slopes to get an idea and can therefore describe impressively what the situation is like. At this point I would like to point out once again that our donations go 1:1 to the projects, because we know exactly who our partners are. We are a foundation that is operationally supported by others, and who take care of things "in the field", as we say in NGO-German. That was shown in the Ukraine, that was shown in the flood: We have built up such good contacts over three decades that we know exactly who we can trust. However, we never simply give an organization the money, they have to register their needs precisely and specifically, then this is checked and checked carefully, because we take this credo "Every cent counts" really seriously. We don't want to gamble away the privilege of having RTL bear all the costs, that the donations get to where they need to go.

Do you have to be a happy person to be the nation's fundraiser all year round? Because the topics that are relevant to the RTL donation marathon are consistently unpleasant. And you can't run a marathon every day to vent...

No, actually not. But I have two boys myself that I enjoy every day and you have to take a professional approach to it without losing empathy. Losing empathy would be the worst! But when I visit refugee camps or hospitals or institutions, my motto is always: sympathy yes, sympathy no. Because suffering yourself would paralyze you. And if you're paralyzed, you can't help. Then no one is served.

As a charity professional, you "pulled out of people's pockets" the most money in the RTL donation marathon history last year - how could it be possible to top the result in times when people are afraid of war, cold apartments and high have living expenses?

I have no idea, it's very difficult to predict. We have seen an incredible willingness to help when it comes to Ukraine and the flood and I hope it pays off that we have always shown people where the money goes. It's incredibly important to build trust. I can already see a lot of donations coming in ahead of time and I remain optimistic: We are the first big donation program of the year, and if many give a little something - and some a little more - then I trust that we will again collect a lot of money for the poorest among us. And I'm reading a current study by the DZI: Poorer households give more than richer ones. Incredible, is not it?

You can donate here: https://wirhelfenkinder.rtl.de/spender 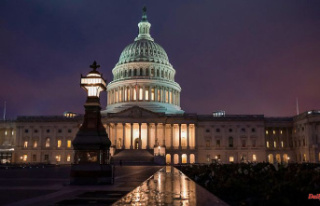