The sun shines for free and its energy is immeasurable. 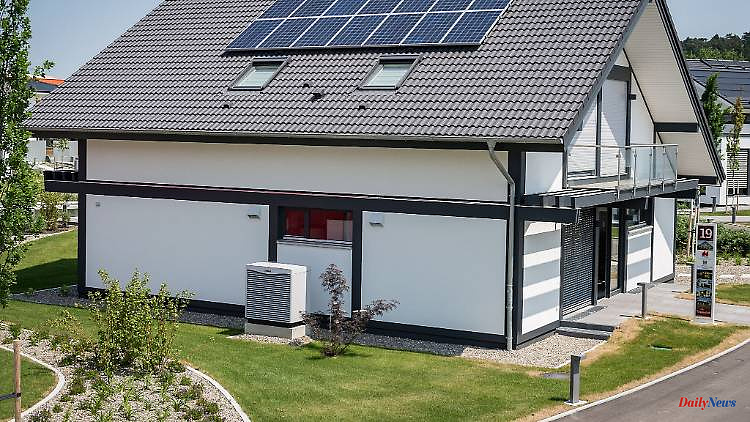 The sun shines for free and its energy is immeasurable. Using solar energy with a solar thermal system as a supplement to oil or gas heating seems cheap. But does the calculation add up?

How about becoming your own heat supplier? This is possible with solar systems on the house roof. Solar thermal systems supplement oil and gas boilers, heat pumps and pellet boilers and thus reduce their operating costs. Photovoltaic systems also reduce the electricity costs for heat pumps. A look at both types of heating:

How does a solar thermal system work?

Water is heated with a solar thermal system - either for the heating system or for the water pipes in the bathroom and kitchen.

A mixture of water and antifreeze, which is heated by the sun's rays, flows in the collectors of such a solar heating system. The heat from the water reaches a combined storage tank via a heat exchanger. This serves as an intermediate store for the heat. The cooled liquid is pumped back to the collector.

From the combined storage tank, the heat is transferred to the heating system or the hot water system. If it rains or snows and the sun's yield is not sufficient, an additional heater supplies the system. This is usually still an oil or gas heating system. But pellet stoves and heat pumps are also possible.

Can a solar thermal system cover my entire heat requirement?

Usually not. The solar thermal system is part of a hybrid solution to reduce the running costs of the second part of the system for the raw materials pellets, oil or gas as well as electricity purchases.

That also sounds good at first, especially in times of immensely high electricity and heating costs. But the yields of the solar thermal system are not particularly high on average over the year: an average system can only generate 10 to 25 percent of the heating energy in a well-insulated house, says energy consultant Ulrich Schachtschneider from the consumer center in Lower Saxony.

After all, the solar system has to produce the heat in winter when the solar radiation is naturally low. On average, however, the cold months of October to February only account for around 20 percent of the annual yield.

When it comes to water heating, things are looking better, because it is used all year round. According to Schachtschneider, a system can therefore provide up to 50 percent of the energy required to heat water for sinks and washbasins each year. In the summer it even works completely, according to Carsten Körnig from the German Solar Industry Association. "The second heating, whether gas heating, heat pump or something else, can then remain switched off for a few months."

When looking at the figures, however, the energetic condition of a building must also be taken into account: According to Körnig, in poorly insulated old buildings, a solar thermal system provides at least 20 percent, usually more than 30 percent, of the heating and service water requirements over the entire year. "In well-insulated houses with low heating requirements and large heat storage tanks, it's often 50 percent."

How much does a facility cost?

According to the German Solar Industry Association, you should calculate 1000 euros per square meter of collector area, including installation and all additional costs. The association also includes a heat accumulator. "One roughly calculates two to three square meters of collector area per person, depending on whether the solar thermal system is only intended to provide hot water or also to support heating, and what type of collectors are used," says Körnig.

Energy consultant Ulrich Schachtschneider recommends an area of ​​at least four square meters for pure hot water preparation, ten square meters are necessary if the heating is also to be supplied by solar energy. He estimates the purchase and installation costs for a system including a hot water tank to be around 10,000 to 15,000 euros.

After all, homeowners receive a subsidy of 25 percent of the costs via the Federal Subsidy for Efficient Buildings (BEG). There may also be regional funding pots. The Federal Ministry of Economics offers an overview at foerderdatabase.de. The non-profit consulting company Co2online also offers a free subsidy check online.

How much can I save?

The numbers are sobering. If you take gas prices of around 15 cents per kilowatt hour, according to Schachtschneider’s calculation, a household with a heating requirement of 10,000 kilowatt hours and a solar yield of 2000 kilowatt hours (20 percent) can currently save around 150 euros a year (as of August 2022).

When calculating the costs, you have to take the annual operating costs into account: Schachtschneider assumes around 100 euros per year for maintenance and up to 50 euros in electricity costs for the circulation pump.

For which houses is solar thermal suitable?

South-facing roofs that are not shaded by trees or other buildings get the most sun. According to the consumer advice center of North Rhine-Westphalia, a good yield can also be achieved on roofs facing south-east and south-west. With an east or west orientation, you have to reckon with about a quarter less.

The roof pitch also has an impact: 30 to 60 degrees are good. According to the consumer advice centers, the optimum for hot water is in the lower part of this range, for heating, depending on the direction, in the upper part.

Are there other solutions with solar energy in the heating system?

But here, too, the combination cannot do without the purchase of additional energy - in this case, electricity for the heat pump in winter. According to Schachtschneider, a large photovoltaic system without battery storage can only provide around ten to 35 percent of the power supply.

A memory would be of little use, at least for supplying the heating in winter. Therefore, a photovoltaic system is never considered alone for a heating system, according to Schachtschneider. But above all for supplying the household with electricity and for feeding into the public grid.

The German Solar Industry Association also advises using electricity from photovoltaic systems primarily for this purpose. With the current energy prices, it could "in individual cases also be worthwhile to use the solar power directly for hot water preparation," says Carsten Körnig. 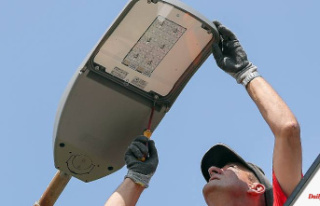