Stocks and bonds plummeting: is this the biggest crisis of all time?

The markets have been falling for weeks. 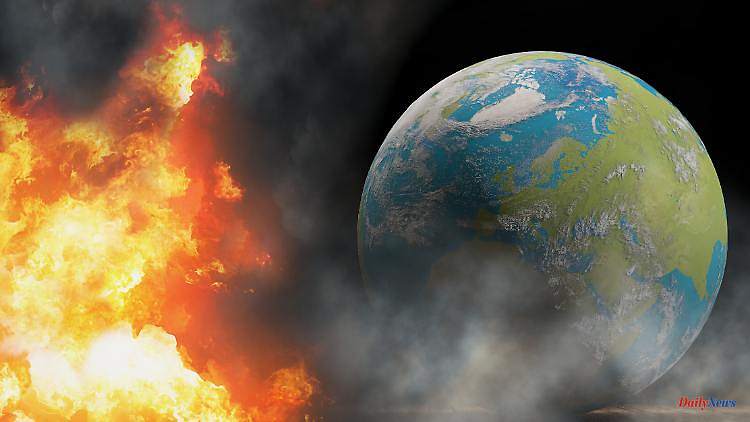 The markets have been falling for weeks. Corona, war, inflation, rate hikes and ongoing supply chain issues. How to behave as an investor does not require a crystal ball. It is enough to consider the price losses and the market environment in detail.

The chart of the 100-year Austrian government bond (ISIN AT0000A2HLC4, term until 2120) looks like the crash of a speculative US technology stock. The fail-safe government bond has suffered a price loss of almost 70 percent in recent months.

An extreme example. And a frightening parallel to the financial crisis of 2008/2009. At that time, the prices of interest-bearing securities, which were rated as fail-safe by rating agencies and bought and booked accordingly by institutional investors, collapsed.

This time, too, interest-bearing securities with the best credit ratings lost dramatically. This also applies to normal government bonds with a term of 10 to 15 years. They're down 10 to 20 percent -- and that's the bread-and-butter investments of institutional investors, like insurance companies and pension funds.

Let's leave government bonds and look at corporate bond risk premiums. It would be typical for crises that the risk premiums widen significantly, i.e. the interest rates on corporate bonds at risk of default rise significantly relative to fail-safe ones. In fact, everything is in calm waters here, there is no sign of a crisis far and wide. At 1.8 percent, the risk premium (measured, for example, by the US Corporate BBB Option-Adjusted Spread) is now the long-term average of the last twenty years. For comparison: in the 2008/2009 crisis, the risk premiums jumped to 7.8 percent and also in the Corona crisis in March 2020 to at least 4 percent.

Let's look at the global stock market (in US dollars). At first glance, the MSCI World's over 20 percent loss since its last peak looks like we're in for a typical crisis. But there is also something special about the stock markets, because high-tech and platform companies have suffered particularly high losses. The Nasdaq 100 is down 34 percent since its last high, even though such companies are often not directly affected by war, inflation, or supply chain problems.

The confusion is cleared up by looking at average corporate earnings trends around the world. These are still very good, which is simply due to the fact that the companies are currently managing to push through price increases with their customers without any problems. The mineral oil companies are not the inglorious exception, but rather the rule. Overall, corporate earnings are not in crisis, which is why risk premiums on corporate bonds are not increasing. This is true even under the pessimistic assumption that we may be facing a longer-term economic slowdown.

Or to put it another way: If you have a broad investment in equities, you don't need to worry too much. Those who are not invested should now think about investing. With valuations now relatively low, the long-term prospects are very good. Regardless of whether there are new lows again or not.

Of course, new problems can also arise in the markets. However, this is always the case, and there is no reason to be more pessimistic about new possible problems after a price collapse than after booming stock and bond markets.

To come back to the bond market, which almost led to a collapse of the global financial system in 2008/2009. So far, no risk comparable to 2008 has emanated from here, despite the high price losses for long-dated government bonds.

Government bonds with a good rating can keep their good rating even if, like the example from Austria, they have suffered a 70 percent price loss. Institutional investors do not have to account for such securities at market value and can simply wait and see. The price losses therefore do not trigger a conflagration like in 2008, when seemingly fail-safe securities were given a bad rating overnight and were suddenly considered to be at risk of default and illiquid (and therefore had to be accounted for differently).

dr As an independent financial mathematician, Andreas Beck evaluates the quality of asset management. Among other things, he has been testing the portfolios of the leading private banks in Germany together with n-tv for over ten years. His latest book "Successful Scientific Investing" can be downloaded free of charge from www.globalportfolio-one.de.

1 Investment for the offspring: These are the best children's... 2 Labor law question: Do you have to register as unemployed... 3 Useful instead of unromantic: marriage contract ensures... 4 Long out of the job: Are professional qualifications... 5 What does the professional appreciate, ...: ... lawnmower... 6 Bathing in your own pool: These building regulations... 7 A small bottle a day: beer affects the intestinal... 8 Researchers solve ancient mystery: Origin of Black... 9 Complicated feeling of temperature: Hot is not hot... 10 Performance like 5 million laptops: Germany gets "Jupiter"... 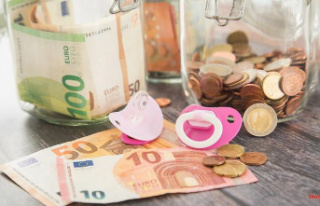 Investment for the offspring: These are the best children's...