Storm and heavy rain: This is how drivers get through safely

Strong wind and rain - if motorists are surprised by this on the way, a few tips will help them reach their destination more safely. 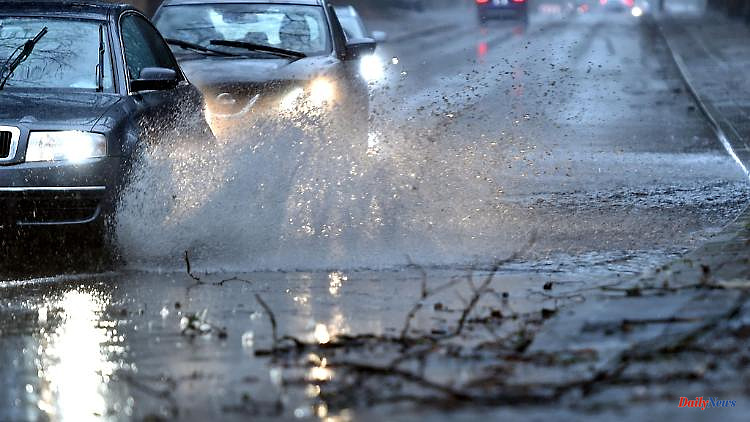 Strong wind and rain - if motorists are surprised by this on the way, a few tips will help them reach their destination more safely. But sometimes the car or motorbike is better not to start in the first place.

Anyone driving a car in strong winds needs their full attention and adjusts their speed. The slower, the better you can still react on the steering wheel. The most important rule: slow down and don't let yourself be distracted by loud music or conversations.

Both hands belong on the steering wheel, according to the ADAC. If a gust suddenly seizes the car, countersteer must be made - but appropriately and gently.

If you steer too hard against the wind, you risk accidents. Because if the air flow abruptly stops again, you might end up in a ditch or on the opposite lane, according to TÜV Süd. So steer with feeling. However, it is easier to react to steady crosswinds than to sudden gusts from different directions. Superstructures such as roof boxes or bicycles mounted on the roof increase the wind’s attack surface.

Where the wind is blowing from can be indicated by the inclination of trees and bushes along the road. On some bridges, air bags indicate the direction. Where the wind has open areas of attack, the danger increases - for example on bridges, in forest aisles or at tunnel exits. Even overtaking large vehicles such as buses and trucks can quickly become dangerous if your car gets out of their slipstream and the wind suddenly catches it fully.

If storms are forecast, stretches with lots of trees should be avoided. From wind force 5 (29 to 38 km/h wind speed) you should be careful. If there is a warning of a severe storm (wind force 10 or more) or hurricanes, the ADAC advises not to drive in the first place.

"Anyone who is surprised on the way will, if in doubt, stop at the next possible safe place," says Vincenzo Lucà from Tüv Süd. However, those seeking protection avoid places where falling branches or trees can be dangerous. This also applies to parking. The vehicle is safest in a garage. If you don't have one, you could use a parking garage for the foreseeable future of the announced storm. That costs comparatively little money, but the car stays intact, says Lucà.

Basically, the riding tips also apply to motorbikes. If possible, bikers should stay in the middle of the road. According to the ADAC, this gives more room for steering on both sides. It is better to avoid flapping clothing and adjust clothing as close to the body as possible. Tank bags, suitcases or luggage rolls increase the attack surface.

Vehicles such as mobile homes and vans are also more sensitive to wind. In the worst case, they could even tip over, according to the ADAC. This also applies to trailer combinations: "Anyone who notices that the trailer is becoming unsteady should immediately slow down and brake while observing the traffic behind," says Lucà. That can stabilize.

There is a risk of aquaplaning on wet roads. According to the ADAC, the danger is particularly great where rainwater cannot drain properly, for example in depressions, in underpasses, in ruts or in curves. The profile of the tires can then no longer displace the water and they float.

If that happens, you shouldn't turn the steering wheel, brake or accelerate, but let the clutch roll without hectic maneuvers until the tires make contact again. In cars with automatic transmission, you should carefully take your foot off the gas and not change gears.

If it rains heavily, flooded sections or underpasses should be avoided. If in doubt, stop and turn back if the water depth cannot be accurately estimated. Because that is not always possible, especially since obstacles may be hidden in the water. Be particularly careful where mud and debris flow across the road. The ground can be so slippery here that even a slight current pulls the car off the road, according to the ADAC.

If you drive vigorously through water that is too deep, you risk engine damage from splashing water. As a rule of thumb, you shouldn’t dip the sill or only slightly and if possible only drive at walking speed, according to the ADAC.

1 Inflation vs. package of measures: how much does the... 2 Rush at gas pumps expected: gas station industry fears... 3 Poison clubs fail: Only one remedy against moths "very... 4 When, where, how, who?: 9-euro ticket - what you need... 5 When is the tide coming: What motorists need to know... 6 Öko-Test creams children: A sunscreen is "insufficient" 7 Öko-Test licks: The best chocolate ice cream is... 8 A beer is "insufficient": These Pils are... 9 Warentest rehearses the summer: Good air conditioning... 10 All-rounders with a motor?: These are the best SUV... 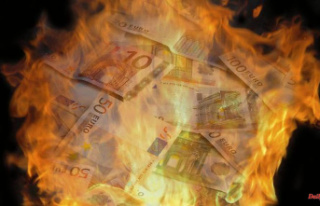 Inflation vs. package of measures: how much does the...