Summer in Europe: Which corona rules apply in the holiday countries

The time of strict corona regulations is over in most European countries. 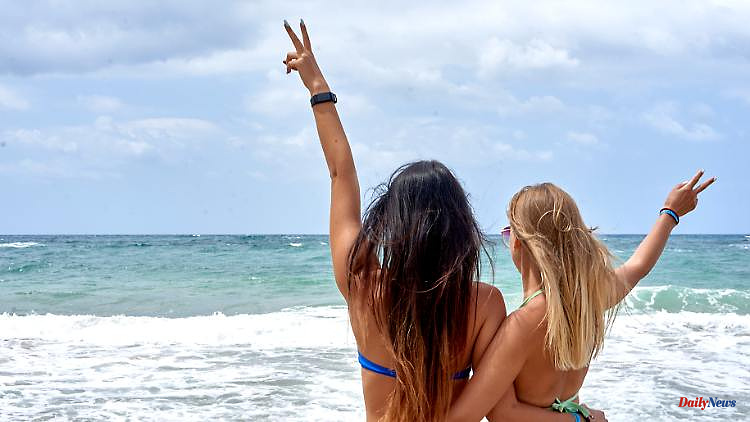 The time of strict corona regulations is over in most European countries. But what about the remaining rules in the individual countries?

The summer holidays are just around the corner - and with that the question again as to which corona regulations apply when entering various holiday destinations. A look at other European countries shows: Despite the mostly increasing number of cases, the corona measures have largely been lifted.

However, there are still some rules to be observed. Here you are:

In February, Denmark was one of the first countries in Europe to free itself from all corona restrictions. Nothing has changed about that to this day: life in the capital Copenhagen, on the Danish North Sea coast, which is very popular with Germans, and elsewhere in the country feels completely free of restrictions, Corona signs have almost completely disappeared from the public image. The Danish Health Minister Magnus Heunicke had recently assured, among other things, with a view to upcoming festivals, that there was no talk of changing anything in the summer. However, isolated dark clouds are already looming on the horizon: the number of new infections in the country has risen again for the first time in months, mainly due to the spread of the omicron subvariant BA.5.

France also reports an increase in the number of cases. The 3-G rule continues to apply upon entry, so vacationers must prove that they have been vaccinated, tested or recovered. In Germany, the digital vaccination certificate that has long been mandatory for visiting events or restaurants is no longer required. The mask requirement has been abolished, including on public transport.

In Great Britain, holidaymakers will again be able to travel by bus and train without a mask this summer. There is also no obligation to test and isolate the sick. You can now enter the country without corona hurdles - entry forms or proof of vaccination are no longer necessary. The country is now much more in the dark as to how the disease is actually doing: the daily reported numbers no longer reflect the actual infection process. A better picture is provided by the weekly report from the National Bureau of Statistics, which regularly tests a random sample of the population. According to this, one in 50 people in England was infected with Corona last week (as of June 17), and one in 35 in Scotland.

In Austria, infections have increased significantly again since mid-May. The seven-day incidence climbed from around 170 to more than 460 cases per 100,000 inhabitants. Nevertheless, there are still no corona restrictions or mask requirements - except in Vienna, where mouth and nose must be covered on public transport. Corona proof is not required when entering Austria.

The situation in neighboring Switzerland is similar. Here, too, the number of infections is increasing significantly, most recently by a good 46 percent in a weekly comparison. But the protective measures have all been lifted. There are music festivals with thousands of visitors across the country and no discussion about new restrictions at this time. There is no accurate picture of the current situation in Switzerland. The Federal Office of Public Health only reported the number of corona cases once a week. On Tuesday it announced the increase in laboratory-confirmed cases of more than 46 percent, but the figures relate to what happened in the week of June 6. In addition, experts assume that the number of unreported cases is high because many people no longer allow themselves to be tested, even if they have symptoms.

In Italy, too, almost all corona restrictions have now been lifted, and the entry form is no longer necessary. Certificates of vaccination or recovery are no longer required at the border or when entering hotels, restaurants, bars, discotheques, museums or authorities. The EU certificate only has to be presented in healthcare facilities, i.e. primarily hospitals. Masks only have to be worn on public buses, subways and trains. However, the number of infections has recently increased again slightly.

Spain: Corona, was there something? In the popular holiday destination, the virus is hardly an issue at the moment. There are no longer any corona requirements when entering and leaving EU countries and the Schengen area. Even infected people no longer need to be tested and do not have to report anything or even in self-isolation. The old protection rules only apply to people with previous illnesses or those over 60 years of age. Therefore there is a seven-day incidence only for the over 60-year-olds. It is 300. The only thing left over from the pandemic is the obligation to wear masks in public interiors and on public transport.

In neighboring Portugal, the corona situation is even more tense. The seven-day incidence is currently around 1150, but is showing a downward trend (previous week almost 1600). The corona measures were not abandoned quite as extensively. The 3-G rule continues to apply upon entry, so vacationers must prove that they have been vaccinated, tested or recovered. As in Spain, there is also a mask requirement on public transport. There are no further restrictions.

Greece largely abolished the corona measures at the beginning of the summer season in early June. Masks are no longer compulsory - exceptions are local public transport, taxis, the interior of ferries and hospitals. Tourists are no longer required to show proof of vaccination upon entry. The abolition of the measures should be put to the test by September 15 at the latest.

The number of new corona infections in Turkey has settled at a low level. Around 7,500 cases per week are currently being reported. However, a high number of unreported cases is assumed. All measures for entering Turkey were lifted at the beginning of June - neither proof of vaccination nor a PCR test can be shown. A mask requirement no longer applies.

1 Cleaning with goods test: five toothpastes are "very... 2 100 euros in July: when is the child bonus on the... 3 32 times Classic-Zisch in the test: The best mineral... 4 Short of cash: Should you lend money to the family? 5 Avoiding neighborhood disputes: Where and when can... 6 Rate at risk?: In the event of payment problems, inform... 7 Summer holiday season begins: There is a risk of traffic... 8 Labor law question: Are overtime hours allowed in... 9 Garden tools and power tools: how batteries last longer 10 Investing successfully: seven tips for investing 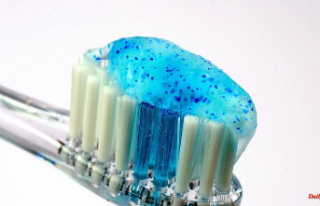