After months of speculation, it is now official: Russia is turning off the gas tap on the Nord Stream 1 pipeline indefinitely. 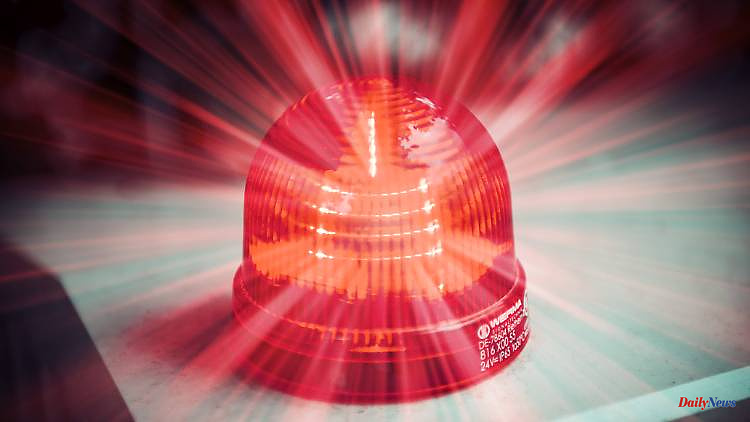 After months of speculation, it is now official: Russia is turning off the gas tap on the Nord Stream 1 pipeline indefinitely. Germany is facing difficult times. Not only a cold winter threatens, but an (industrial) ice age.

Last year, the Federal Republic obtained 55 percent of its gas requirements via pipelines from Russia. Today it is less than 10 percent. It can be celebrated as a success that Habeck and Co. have probably succeeded within a few months in finding alternative sources of supply, primarily liquid gas (LNG), for the German thirst for energy in order to protect people from a cold winter.

Viewed soberly, the German industrial landscape is nevertheless facing drastic changes. In the past, LNG was around two to three times more expensive than Russian pipeline gas. That would be a hefty surcharge on the energy bill. In the wake of the energy crisis, however, gas prices in the USA, for example, have risen from around three US dollars per MMBTU (million British thermal units = a unit of energy content) to more than eight dollars. It is therefore more likely that the costs will be at least four times higher than before. Of course, our companies are not idle and will replace gas with other energy sources wherever possible in order to at least partially reduce the burden. For example, the price of crude oil is in the more or less usual range.

However, an explosion in the costs of electricity for industry is also to be expected - the measures planned by the EU will not change much here either. It will take 10 to 15 years for renewable energy sources to be expanded to the point where they bring significant cost savings - a wind farm cannot be built overnight - while at the same time the demand for electricity is noticeable due to the growth in e-cars and heat pumps increases.

Due to the massive increase in energy costs, every tenth medium-sized industrial company has already cut back production - according to the results of a survey by the Federation of German Industries (BDI). Large energy consumers such as steel or chemical companies have even reacted by shutting down production facilities - the electricity costs for the production of aluminum in Germany alone are many times higher than the metal price on the world market. Even the Adblue, which is important for diesel vehicles, can no longer be produced cost-effectively in Germany. The toilet paper manufacturer Hakle has even filed for bankruptcy.

In the past twelve months, German companies were still well protected because, due to the difficulties in the global supply chains, cheaper foreign competitors were only able to export to Germany to a small extent. But that is now gradually changing. Price increases to equalize costs, such as those seen recently, will therefore be less and less enforceable.

De-industrialization will accelerate in the coming months. First of all, the economy will try short-time work, but in view of the permanent cost increases, plants will soon be completely closed. As a result, Germany is facing structural job cuts.

The Federal Republic continues to lose competitiveness. Very bitter, because due to the lessons learned from the corona pandemic, important products should actually be manufactured in Europe again and no longer in Asia. The investments required for this are unlikely to take place in Germany. Other countries in Europe and the US are more attractive, cheaper locations. Overall, therefore, less growth can be expected in Germany in the coming years.

Unfortunately, instead of making fundamental changes in industrial policy, our politicians are currently showing very clearly that they do not understand how the economy works. The measures proposed so far do not attack the root of the problem, but are rather mild painkillers. That's not a long-term solution.

Investors in each country usually have a home bias, which means they invest primarily in stocks from their own country. All is not bad in Germany and some companies will only be marginally affected by the energy crisis. But in view of the gloomy prospects for the German economy, investments should be made more international. In any case, broad diversification has paid off profitably in the past - higher returns with less risk. The best way for investors to achieve this is through a high level of diversification via ETFs or funds.

In uncertain times like these, the maxim is to rely on tangible assets such as shares, the share of which may well be more than 50 percent. Bonds should only play a minor role in the portfolio at the moment because the key interest rates, which continue to rise, will keep bond prices depressed and it will not be possible to compensate for inflation for years to come. Individual corporate bonds are certainly attractive, but liquidity should preferably be parked in fixed-term deposit accounts, where there are finally no more penalty interest. In the coming months there will certainly always be good opportunities to top up at lower prices on the stock market. In addition, there is a small proportion of gold - around five percent.

1 Heating with wood waste: is it worth switching to... 2 Durable and economical: A good washing machine is... 3 Shivering before winter: How cold can it be in the... 4 The model makes the difference: the television consumes... 5 In times of war: Russians and Americans fly together... 6 "Like an Indiana Jones film": Tomb from... 7 Not just big city fantasy: the dream of autonomous... 8 Mecklenburg-Western Pomerania: 15 million euros in... 9 Baden-Württemberg: Man is spilled from feed and dies 10 Bavaria: Two police officers injured in a chase 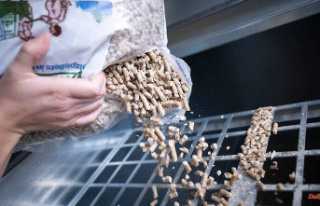