For several years, Hamburg has been paying particular attention to its roofs. 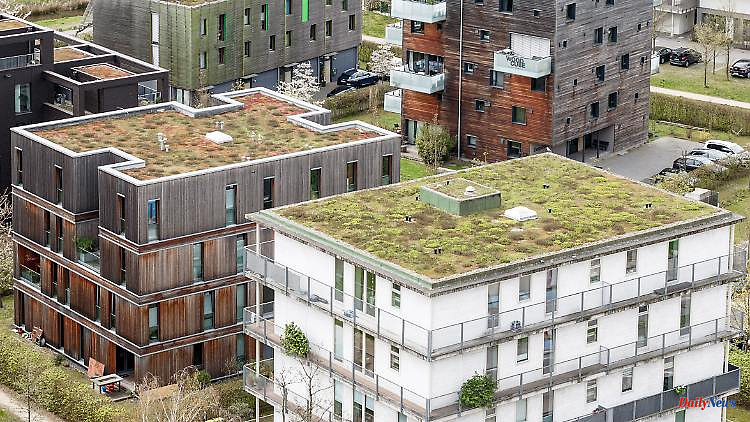 For several years, Hamburg has been paying particular attention to its roofs. The Hanseatic city is pursuing a multi-pronged strategy to bring life to as many green roofs as possible. And it works. An interim report reveals astonishing things.

When Hanna Bornholdt lets her gaze wander over the roof of the Hamburg environmental authority, she hardly has eyes for the Elbphilharmonie or the Michel on the horizon. Instead, the landscape architect looks at the grasses, mosses, herbs and sedum species that grow on the flat roof of the agency. Because in the past eight years they have brought an astounding variety of species to the green roofs of the Hanseatic city, as an accompanying ecofaunistic study by the city, the Zurich University of Applied Sciences and the University of Hamburg has shown.

"We found several beetles that are on the red list and are very rare - especially here in the middle of the city. Among them were many species that even biologists had never expected," says the project manager for Hamburg's green roof strategy. A total of more than 235 different species of beetles were caught by the experts on seven green roofs in the Hanseatic city within two years for scientific monitoring. Many wasps and wild bees were also recorded.

This also supports the bird world. "Because where there are insects, there are also more birds." For example, if you climb onto a green roof at the environmental authority, you can find nesting seagulls, oystercatchers and ducks there.

According to the nature conservation association NABU, Germany is well positioned in international comparison. "Most of the world's roofs are greened in this country," says specialist Stefan Petzold. There is a lot of competition, especially in Asia. This is particularly due to the population density and the fact that the need for fine dust pollution and poor air quality is great. In general, a positive trend can be observed. "The total area of ​​green roofs in Germany has more than doubled since 2008."

Hamburg is considered one of the pioneers when it comes to green roofs in the city. In a ranking based on around five-year-old figures from the Federal Green Building Association, the Hanseatic city is in fifth place after Stuttgart and Munich, among others. Since 2014, however, a lot of green has also been added, because since then the Hanseatic city has had the so-called green roof strategy. The aim is to green at least 70 percent of new buildings and roofs suitable for renovation.

There are also subsidies - 3.5 million euros by the end of 2024. Up to 50 percent of the costs per square meter and a maximum of 100,000 euros are possible as a subsidy from the city. To date, 325 applications have been submitted and 94,000 square meters of green roofs have been approved. Façade greening has also been funded since 2020. A green roof is also possible under solar systems.

But the strategy also includes: talking about it and demanding more about existing laws. "Projects relevant to urban planning hardly ever take place in Hamburg without greening of buildings," says Bornholdt. About half of Hamburg's roofs are flat enough for greenery - currently about five percent of them are green.

According to Bornholdt, the advantages are obvious: Green roofs bring more than fresh and cool air and lots of beetles, bees and birds. NABU expert Petzold adds: Green roofs in places with a very high proportion of sealing - i.e. where asphalt and concrete dominate - can be a "sensible alternative" and "an important instrument" if unsealing is no longer possible.

Green roofs also relieve a city's sewage system during heavy rain. Because it takes about 15 minutes for the water to go through the plants and the substrate on the roof and flow down the gutter into the sewage system. "That helps because the water doesn't get there as quickly and it's usually only 50 percent of the actual amount. The rest is retained on the roof and evaporates."

Another advantage for the building owners: With a green roof, they only have to pay 50 percent of the rainwater fee. And greening does not cost much more than a regular roof, but a green roof can even last twice as long.

The green roof offensive in the Hanseatic city has already produced a number of showcase examples, not just on the environmental authority and newly built schools. For example, there is one of the largest projects in the Hanseatic city for greening buildings at and on the Desy research hall in Bahrenfeld. There, 1900 square meters of facade and 2700 square meters of roof were greened and planted with around 25,000 grasses, perennials and climbing trees.

A special green project is also the bunker on Feldstraße am Heiligengeistfeld with its planned all-round intensive greening of the top five floors. 1000 trees, 1600 shrubs and 940 climbing plants are to be planted there in the publicly accessible roof garden.

1 From 2024, the European Union will impose a single... 2 Bavaria: dead after fire found in apartment building 3 Soccer / Nations League. The women's jersey will... 4 After legal tug of war: Fiji hands over Russian yacht... 5 Val de Marne. In Vincennes, a building is partially... 6 Together! According to two polls, the leader of the... 7 Crooks, crypto chaos, rise: SG Wattenscheid 09 rises... 8 At the French Open: Demi Moore turtles with star chef 9 Without a bend, with a greeting?: These standards... 10 Company. Contraception: The pill is in decline among... 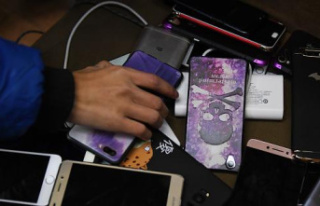