The cook, the country, its sagas and your hotel 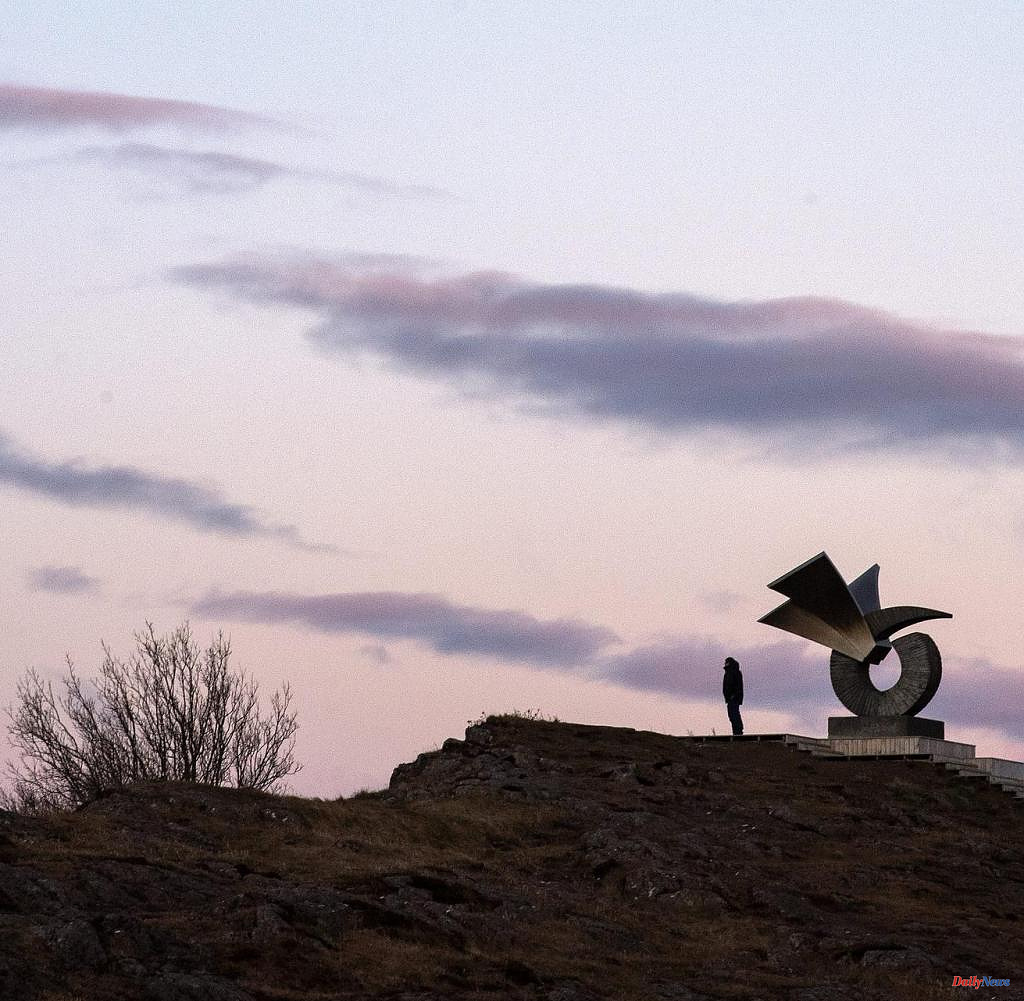 Johann Sigurdsson holds court at Hotel Natura at Reykjavík Domestic Airport. The four-star hotel is particularly popular with guests who want to watch planes take off and land up close. When the airport was built by the British occupying forces in the early 1940s, the airport was outside the city; today it is in the middle of it, like Tempelhof once was in Berlin.

It's just after ten in the morning and Johann has invited us to breakfast. And while the tables are being cleared in the large dining room, a table is being set for us in a small adjoining room for an opulent Icelandic breakfast, including a no less Icelandic lard called Kleinur, for the preparation of which you not only need butter, eggs, flour and sugar , but also such exotic ingredients as staghorn salt, cardamom and cream of tartar, "the more natural alternative to conventional baking powder".

To the sound of forks, knives and spoons, Johann tells us his story, and it is as typical of Iceland as Kleinur, the lard.

Born in 1955 on the farm Laekjamot ("Where the streams meet") in the north of the island not far from the main road from Akureyri to Mývatn, he first went to a boarding school, attended a secondary school and did a four-year "apprenticeship as a cook and waiter" at the “Gastro School” in Reykjavík. He then spent six years cooking and waiting at Hotel KEA in Akureyri, the largest resort in the country's second largest city.

More jobs followed on ships and in fisheries, as a construction worker and bus driver, until an acquaintance drew his attention to the fact that the publishing house “Schwarz-Weiß” was looking for mobile salespeople for a new three-volume edition of the “Sagas”. "It must have been around 1985," Johann remembers, about ten years before Jeff Bezos founded the Amazon mail-order bookstore.

Johann applied to "Schwarz-Weiß", got the job, bought an old Volvo and toured the country, "door to door, from one farm to another", the trunk full of sagas. He also made representations to big companies, the Eimskip shipping company and the SIS trading cooperative, to convince their directors that they had always wanted a complete edition of the Sagas, for themselves or as a gift for deserving employees. The price of 14,980 crowns was considerable, but could be easily paid off in 12 monthly installments.

In doing so, Johann made two discoveries: his “passion for sales” and his “love for the sagas”. He had read a few sagas at school, but in the same way "as you do something that you have to do at school".

Not only did he enjoy selling the books, he increasingly enjoyed "talking about the sagas with customers." In the process, he met “a lot of nice people”. The work was “meaningful” and “well paid”. Johann earned about twice as much as a teacher at a high school.

Such meetings are held in Iceland every three to four years. There is no Icelander who would not have taken part in such a meeting at a young age.

If all good ideas are simple, then this one was good and simple. Johann hired “three professors who were there” and had them swarm into the archives of the sports clubs and sports magazines that reported on the meetings. Iceland is a small country, the Icelanders are very communicative, everyone knows everyone, you are passed on until you get where you want to be.

The result of the research was a 600-page book with 500 photos in A4 format at a price of 5,980 crowns. Almost everyone mentioned in the book wanted it. And so a sold edition of more than 6000 pieces came together. Based on the population of the Federal Republic, that would be 1.2 million books. In Germany, at best, Richard David Precht, Peter Sloterdijk and Thilo Sarrazin can do that.

It would also be more than enough for an entry in the Guinness Book of World Records. But not for John. He believed that the Sagas, "Iceland's contribution to world literature", should also be available in a "world language". So in English.

In 1994 Johann founded a publishing house, which he named "Leifur Eiriksson". Of course that was no coincidence. In the meantime, the scientific world has also come to realize that it was not Christopher Columbus, but Leifur Eiriksson “(was) the first European who … set foot on the American mainland” (Wikipedia), and that as early as 1021, i.e. 465 years before Columbus .

Whoever it was, the Viking or the Genoese, Johann managed to gather 20 Nordic language and history experts from all over the world, who produced a coherent translation in just three years. In 1997 the sagas were published in English, promoted and distributed over the internet and celebrated in both the US and UK.

The "New York Review of Books", the most important literary magazine of all, spoke of a "milestone" in the history of literature. The edition – 10,000 copies – was sold out quickly.

The next prank followed seven years later. In early 2014, the Sagas appeared simultaneously in Danish, Swedish and Norwegian, each edition with a greeting from the respective monarch. In 2018, a revised Icelandic new edition in five volumes was published to commemorate the 100th anniversary of Iceland's independence from Denmark, with the island remaining "in personal union" with the Danish king until 1944.

And the story goes on. A German edition is due to appear in 2024, i.e. in two years’ time. There is already one, says Johann, but firstly it is incomplete, secondly more than 10 years old and thirdly the language is outdated.

24 translators are already working on a new, contemporary translation of the 40 major sagas and the 49 small "novellas" that make up the complete work. Two German specialists for Old Norse literature are in charge. One teaches and researches at the University of Iceland in Reykjavík, the other at Charles University in Tübingen. Above all, they take care of the uniformity of the terms, so that it is not called “culture” where “tradition” is meant or vice versa.

"Luther," says Johann, "had the same problem" when he translated the Bible from ancient Hebrew and Aramaic into German. And just as Luther was dependent on the help and cooperation of other theologians who knew each other, so the community of philologists who are familiar with Old Norse literature is quite small.

Johann's success as a saga promoter has to do with his focus on what he knows how to do - manufacturing, marketing, promotion, dealing with sponsors. The main “supporter” of the Saga project is the Icelandic government, represented by Minister for Trade and Culture Lilja Alfreds-dottir, who is also deputy leader of the conservative “Progress Party”, an economist studying in the US, for the International Monetary Fund in Washington and the Icelandic central bank.

"The sagas are the foundation of our history and our culture," says the minister, "and at the same time our contribution to world cultural heritage. The Egyptians have their pyramids, the Chinese have the Great Wall, the Germans have the Bauhaus, the French have the Park of Versailles – and we have our sagas. If you want to understand us, you have to read the sagas”.

Johann's office is in the lobby of Hotel Natura. The books are stored in a room in the basement of the house where he lives with his wife Elisabet. This used to be the shared laundry room for the tenants. Now, twice a week, a van from the Icelandic Post Office comes by to pick up the packages of books that are ready for dispatch.

John has no hobbies. When he's not working, he cooks for his family, preferably something hearty with meat, chateaubriand or ribeye. He “only rarely goes abroad anymore”; at the end of July he wants to attend a Rolling Stones concert in Stockholm. At home he watches Buena Vista Social Club videos on YouTube and reads books by Milan Kundera.

When the German edition of the Sagas comes out, he wants to retire. Or not. A Turkish or Japanese edition would be nice.

1 Uwe Seeler: Germany mourns the loss of one of the... 2 Covid-19: does the Euro football play a role in the... 3 Euro 2020: are the organizers taking too many risks... 4 Lucas Cordalis: Singer thinks of Costa Cordalis "very... 5 Effective – but still stigmatized 6 Why burn-on is the new burn-out 7 Hollywood Marriages: Celebrity Divorce Attorney Laura... 8 Without chemicals: drive away wasps: This is how the... 9 Thrills at the playground of the sea giants 10 Italian bank UniCredit to cut 8,000 jobs and close... 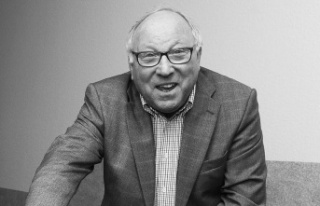 Uwe Seeler: Germany mourns the loss of one of the...