"They look like mine": potted vulvas and breasts show diversity

Feminist pottery is becoming increasingly popular, and hip pottery studios are springing up in some places. 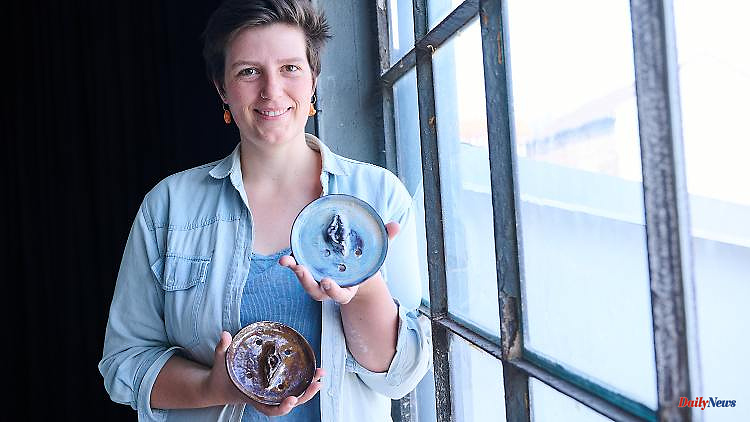 Feminist pottery is becoming increasingly popular, and hip pottery studios are springing up in some places. Some of the cups made there have breasts and a vulva can also be seen in soap dishes. What is behind the trend - and why you can learn a lot from it.

Sometimes people have to think. When they sit in the pottery workshop and have to form a vulva, some people have a question mark in their heads. Some then notice: "Hey, I don't really know what a vulva looks like," says Catharina Rubel. The 29-year-old wants to change that. Feminist pottery can now be seen more often - whether in a TV series or on Instagram. But what is behind it?

If you ask young women, some of them have cups with breasts at home these days. Soaps in the shape of a vulva are sold at a weekly market in Berlin, and in online shops you can find candles and earrings with female genitals, for example. There was also a calendar that was designed in Freiburg. The nice thing about it: The picture that these objects show is a new one.

Let's start with the breasts. There are boobie cups in Rubel's Berlin workshop. The breasts on it are sometimes crooked, sometimes pointing downwards. They are always different. When women see that, says Rubel, the first comment is often: "They look like mine!" For a long time, a different picture of breasts was drawn in public. Postcards from the beach vacation showed plump décolletés, the television and corresponding magazines anyway. Only one form of breast is visible at a time, says Rubel. "Perfectly shaped, tall, even standing. And we just show more natural breasts." Only one breast can be seen on a cup - an image that many women are familiar with after cancer.

Rubel wants to show a similar variety in the vulva. Because the image that is conveyed primarily in pornography cannot be equated with the appearance of most vulvas. Rubel runs the "Villa Vulva" ceramics studio in Berlin with a colleague. The studio is located in a creative center in Oberschöneweide. This is a district on the Spree that is far away from the flow of tourists and where a lot of exciting things are happening.

To this day there are many misunderstandings about the vulva, as Franziska Dickmann explains. The 28-year-old organizes workshops and came along to the interview. The biggest misunderstanding is that there is "nothing to see". You can see from the potted vulva that there is a lot to see: "We have outer and inner vulva lips. They are bigger, smaller, have different colors. So they are extremely diverse."

Dickmann and Rubel say vulval lips, not "labia" - there's nothing to be ashamed of. When it comes to language, the two see a need to catch up anyway. "I grew up with the word 'sheath' and understood the entire genitals as a sheath," says Dickmann. The vagina, like the vagina, only describes the tube between the vulva - i.e. everything that can be seen externally - and the uterus. And this linguistic reduction also reduces sexuality.

To date, people with vulvas in heterosexual relationships are less likely to orgasm. That's because there's not much knowledge about the vulva and clitoris, says Rubel. And also because there is a lot of shame. For example, when women think their stomach doesn't look nice in a certain position. "We want to break that down and say, 'Hey, actually, sexuality is beautiful for everyone.' And we just have to learn how to make it work well."

Author Margarete Stokowski, for example, impressively described in her book "Untenrum frei" that people talked about female bodies for a long time. The Swedish comic artist Liv Strömquist created a graphic novel about the vulva: "The Origin of the World" tells how women and their bodies have been systematically devalued or even mutilated over the course of history. The documentary "Female Pleasure" also shows how polarizing the depiction of a vulva can be. It's not just about sexual oppression or female circumcision. Also featured is a Japanese artist who got into trouble for having a kayak made - as a 3D print of her genitals.

In any case, Rubel wants to convey a positive body image with her project and show: "Hey, diversity is normal." Hopefully, pottery will increase your appreciation for your own body. When people sit in their course and have to think first, quick Googling doesn't always help. In the meantime, however, there are some nice online galleries with different vulvas, says Dickmann. The work of art "Great Wall of Vagina" is also known.

Is there any criticism of your work? Some people aren't so keen on the bold way of depicting genitals, says Rubel. "I can understand that too." She is also not convinced that you should show a lot of genitals in public spaces. But you see penises everywhere, as graffiti or school doodles. So there is an imbalance. Both make it clear that the image of the penis can also be reconsidered. Because he is always shown in an erect form - rarely the normal state.

1 Trauma and hidden talents: How school experiences... 2 Ladiges is cooking: Poultry is now on the grill 3 Debate about "useless" women: what society... 4 El-Masry for the young years: Two actors play Mohamed... 5 "Bachelorette" wants passion: mud on the... 6 "Last semester or trimester": Does Brad... 7 'Has nothing left to lose': Is Amber Heard... 8 Fox, Warren, Palcy and Weir: And the honorary Oscar... 9 "I'm more than sick": Ruth Moschner... 10 "Was a life decision": Gottschalk regrets... 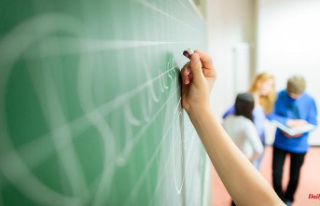