Will drawn up, stepchild adoption considered? Unmarried couples in a patchwork family should clarify legal matters early on. 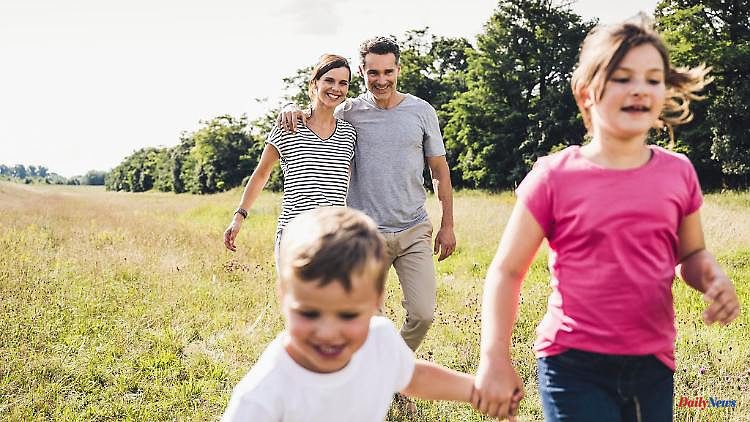 Will drawn up, stepchild adoption considered? Unmarried couples in a patchwork family should clarify legal matters early on. If not, in the event of death, one of the partners threatens chaos.

Happy on the second try: If an unmarried couple moves in together and both partners bring children from previous relationships, one often speaks of a blended family. What might then get lost in the hustle and bustle is the clarification of important legal issues for emergencies. But that's important.

This includes a valid will for both partners. If this does not exist, the statutory succession applies in the event of death. "But that's usually not what the partners want," says Berlin family law expert Eva Becker. Because legal succession means that only spouses and relatives - and here primarily the biological children - inherit. Without a will, the surviving partner in the blended family gets nothing.

With a will, the partners can advocate for heirs or stipulate that the surviving dependent receives a certain amount per month from the estate of the deceased. You can revoke your last will at any time without your partner knowing. A more binding alternative would be an inheritance contract. This can only be changed by both partners together.

The question of what happens to the underage children in a patchwork family in the event of death must also be clarified at an early stage. If nothing is settled, the children of the deceased partner cannot remain in the blended family. "In such a case, custody would always go to the biological parent, i.e. to the ex-partner," says Becker. According to the Federal Chamber of Notaries, it is irrelevant whether the parents are still married or living separately.

If the second biological parent also dies, the family court must appoint a guardian for the minor child or children. If you take precautions early on, you can prevent this.

Since there are numerous complicated legal issues, especially with patchwork families and every case is different, couples should definitely seek legal advice. "Anyone who works with samples from the Internet when it comes to wills, for example, is very likely to be wrong," warns Martin Thelen of the Federal Chamber of Notaries in Berlin.

If an unmarried couple wants their respective biological children to remain in their previous environment in an emergency, stepchild adoption is an option. Since the beginning of 2020, unmarried partners have been able to adopt their partners' children. "The adopting parent has all the rights and obligations of a biological parent - above all, their own custody and contact rights," explains Thelen.

As a result, even in the event of the death of the biological parent, the adoptive parent can take care of all the child's affairs. However, he also meets all obligations. "For example, he is responsible for the child's maintenance, even if the couple separates," says Thelen. The child also becomes the legal heir and thus also the person entitled to a compulsory portion.

One of the basic requirements for a stepchild adoption in non-marital families: "It must serve the child's well-being," says Eva Becker. In addition, it must be expected that a parent-child relationship will develop between the adopter and the child. The family court decides. In non-marital partnerships, a partner can only accept the stepchild if the partners "live in a stable partnership and in a common household," says Thelen.

According to the law, a solid partnership usually exists if the life partners have been living together like a marriage for at least four years. For a shorter period of time living together, but also when the couple buys a property together, says Thelen. "Conversely, a solidified life partnership does not exist if one partner is still married to another person," says the spokesman for the Federal Chamber of Notaries. Birth parents must consent to stepchild adoption.

What else is important in blended families: "Regulate living together contractually at an early stage," recommends Becker. For example, determine who should own what in the event of a separation. "Possible maintenance claims should also be agreed upon in a contract," said Becker. 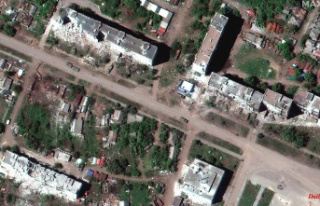 The night of the war at a glance: Ukraine demands...