Three GDR citizens in Lisbon: The book that was published decades later

At the end of the 1980s, the East German photographer couple Ute and Werner Mahler and the author Wolfgang Kil had the fortunate opportunity to travel to Lisbon to work on an illustrated book. 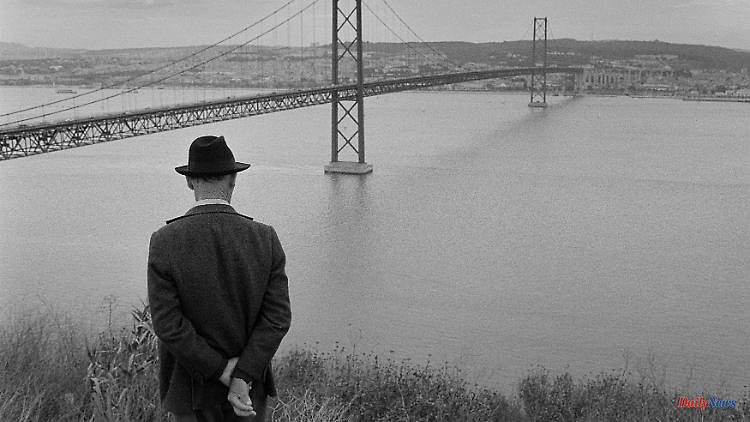 At the end of the 1980s, the East German photographer couple Ute and Werner Mahler and the author Wolfgang Kil had the fortunate opportunity to travel to Lisbon to work on an illustrated book. Then the wall fell, the GDR went under, and the almost finished book with it. Now it still comes out, but in a completely different way.

As is well known, the possibility of traveling the world was rather limited for residents of the GDR. Nevertheless - or even more so - curiosity about foreign countries, people, cultures and landscapes was great. Travel literature and illustrated books, at least in book form, allowed a glimpse into the world, a large part of which was closed to most people. In the 1980s, the publishing house Volk und Welt had already published a number of large-format illustrated books on cities, with top-class participation: for example on Paris with black-and-white photos by Roger Melis. And about New York with color and black-and-white photos by Arno Fischer and text by Heiner Müller.

These illustrated books were in great demand and so the Leipzig Brockhaus publishing house planned something similar at the end of the 1980s. The photographer couple Ute and Werner Mahler got the job for Lisbon; the author Wolfgang Kil (who is a friend of theirs) was supposed to write the text. Why were they allowed to go to the West together as a couple - still a long way from reaching retirement age? "We left child and house as collateral," said Ute Mahler at the book launch at the end of November at Bildband Berlin.

The next hurdles: how to get there and how to finance the stay, which was supposed to last a long six weeks? After all, the GDR was notoriously tight on foreign exchange, and Western currency was scarce. TAROM, the airline of the socialist brother country Romania, flew to Lisbon every two weeks - actually only to replace the crews of Eastern European ships. But with long-term planning, three places were eventually booked here too. The apartment in a Lisbon suburb was organized through friends.

And the necessary cash? For this, the Mahlers tell us, they exchanged the advance payment from the publisher for the project (a larger sum of around 20,000 GDR marks, they remember) black 1:4 in West marks; they could live with that quite well. Because Portugal was cheap, a poor country - to which the comparatively wealthy Spaniards came by bus and happily noisily to shop cheaply.

Not the only parallel that author Kil felt with West and East Germany at the time - Portugal had only recently become a member of the EU, in 1986, and "the vision came to him: It would probably look something like this, even if our little... . Land GDR would wake up one morning under the covetous care of the rich pan-Europeans." On the one hand the citizens' need to catch up in terms of technology and consumption, on the other hand the country as a field for investors, as a new business field. "That's roughly what I thought back then, in Lisbon in 1987, if..."

So the three of them walked through the city for several weeks - in the fall of 1987 and then again in the early summer of 1988, the Mahlers photographed "like in a rush", a lot in black and white, but also in color: not just everyday life, but also the most important ones Sights should be noted. The special and the typical, because they had a mission: to show Lisbon to the people at home who could not form their own opinion. A Lisbon that no longer exists today - and then shortly thereafter no longer existed: At the end of August 1988, a huge fire destroyed large parts of Lisbon's old town, the Chiado district. The catastrophe brought the whole project to a standstill: could it, did it have to, be mentioned in the book? Are the pictures still correct? A third trip - impossible.

The year 1989 followed with its well-known major changes, the fall of the Wall, the unification of the two German states - and the end of many GDR companies. The Leipzig-based VEB Brockhaus was sold by the trustee to the West German Brockhaus publishing group - there was no longer any interest or market for the book, the draft of which was finished, and it sank without a murmur.

However, this did not generally apply to the work of Ute and Werner Mahler - the couple founded the "Ostkreuz" agency together with other East German photographers in 1990, which is still very successful and respected to this day. And Wolfgang Kil has been working as a critic and publicist ever since - receiving several journalism awards. The treasure of Lisbon photographs, however, has remained buried in the Mahler's basement ever since. The fact that it was lifted now, decades later, is thanks to a graphic artist friend of yours, who was given one of the prints for Christmas 2021 and then asked: "Are there more of these?" "Yes, whole boxes full," says Werner Mahler. "You have to make a book out of this!" was the unanimous opinion of the Christmas guests.

Luckily, a publisher was also able to be convinced - and so, after more than three decades, this illustrated book was finally created. Which - of course - is completely different from the one originally planned. No color photos, no sights. All images in black and white, complete with no explanations, not a caption. But you don't need them either - the recordings speak for themselves.

They observe people at work, in their everyday lives, in the café, on the street, while talking, smoking, gesturing, children playing in the street. Poverty and political slogans on crumbling facades. People up close, looking straight into the camera, candid. Or lost in thought. The photos are not sober, but "quite emotional and romantic," according to author Kil, from whom a text from 1990 on the original book and an essay on the current one are printed. The melancholy that is naturally associated with Lisbon and the Portuguese is visible and palpable, but without any cliché. Just great street photography.

1 Bavaria: court examines release of Moshammer murderer 2 Bayern: Söder calls on people to be confident and... 3 Baden-Württemberg: the door of the plane comes loose... 4 State of health is "stable": Benedict XVI.... 5 Without underwear at the Queen: Vivienne Westwood... 6 Reusable packaging for gastronomy: what does that... 7 Saxony: Four young people in Chemnitz injured by firecrackers 8 'With the lights out': Iran circumvents... 9 "Expensive and harmful": historians expect... 10 Overmars hospitalized: Oranje legend suffers stroke 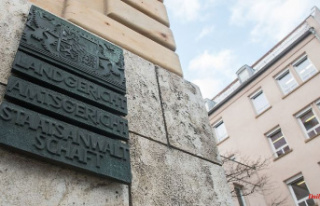