Tomato sauces in the eco-test: Well-known organic brand rattles through

Pasta with tomato sauce is quick to make, especially if you don't have to prepare the sauce separately. 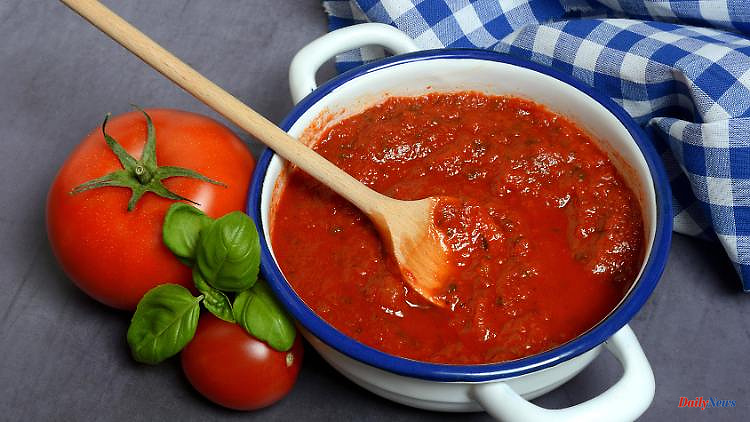 Pasta with tomato sauce is quick to make, especially if you don't have to prepare the sauce separately. But not all finished products are harmless, as Öko-Test shows. One well-known organic brand in particular has a major mold problem.

Tastes are different. This also applies to tomato sauces, but there are some things that you still don't want on your plate. These include artificial flavorings and mold toxins. In addition, there should be a clear indication of the origin of the tomatoes on the packaging.

However, this is not always the case, as the test by Öko-Test of 21 popular tomato sauces shows. Although 11 of them achieved a good or very good test result, two failed mercilessly. These are popular organic brands.

The examiners found mold toxins in four of the tomato sauces tested, including the Gut und guiger tomato sauce from Napoli. It contains Alternariol, which according to cell studies has a mutagenic effect. The overall rating is therefore only "sufficient". Furthermore, tenuazonic acid, which is suspected of having an organ-damaging effect, was detected in the sauces from dm, Rossmann and Alnatura. The testers even detected twice the amount of tenuazonic acid permitted in the EU in the tomato sauce from Alnatura. Therefore, the organic product failed with a bang and received the overall grade "insufficient".

There were other criteria from the testers that ensured that some tomato sauces received a good or rather bad rating. These included the salt content, the taste, the advertising and the origin of the tomatoes used. As a result, 14 of the products tested contained too much salt, including the sauces from Maggi and Cucina Nobile. The Maggi tomato sauce did just as badly in the taste test, as the testers found it too sweet and too thyme-heavy. Overall, it was only enough for a "satisfactory" in the test.

Artificial flavors were used in the sauces of Barilla Pomodoro and the Oro di Parma Sugo Tomato Sauce Herbs, which led to deductions in the overall rating. The eco-testers also had a problem with the questionable advertising promises from Unilever (Knorr) and Mars (Miracoli). The manufacturers advertised, for example, with the inscription "without artificial colors", although these are not even allowed in tomato sauces. Furthermore, the transparency of the supply chains was examined more closely in the test. Where do the tomatoes used come from? Barilla and Unilever (Knorr) kept a low profile on this point, which had a negative impact on the test result.

However, there are also some sauces that have passed the test with flying colors. The three test winners with the grade "very good" include the particularly low-salt tomato sauce La Selva Pomodoro al basilico (La Selva) for 2.22 euros and the Rapunzel Tuscany tomato sauce (Rapunzel) for 2.34 euros.

Some very cheap tomato sauces from the discounter were rated just as well. The Combino tomato sauce basil (Lidl) for 0.75 euros and the Mondo Italiano pasta sauce Napoli (Netto) for 0.79 euros are two examples of this. However, both sauces have an increased salt content. So if you want to eat a very low-salt diet, you're probably better off with the tomato sauce from La Selva - or simply cook your own. 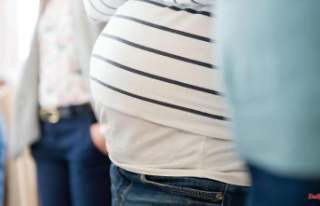 Parents-to-be: How to make good agreements at work