Standing at the blackboard and failing? Always been the nerd? Or been called a doctor's boy? Schooling can have consequences for your professional life. 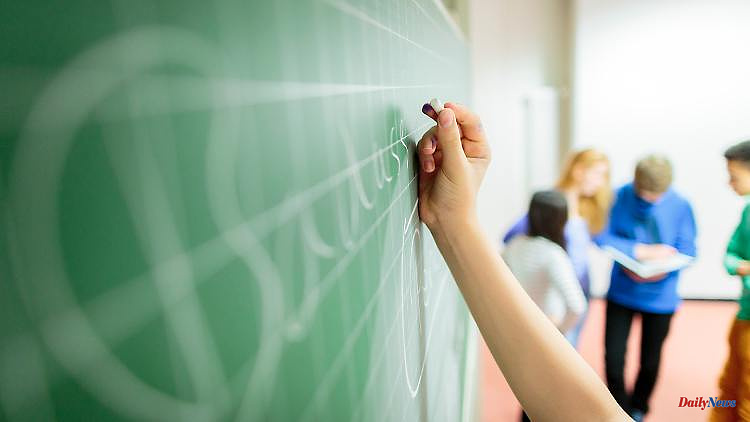 Standing at the blackboard and failing? Always been the nerd? Or been called a doctor's boy? Schooling can have consequences for your professional life. But that doesn't always have to be negative.

Hand on heart: What do you think of when you think back to your school days? To great grades and nice, understanding teachers? Or rather embarrassing moments, biting comments or lonely breaks in the schoolyard? "Many of us have had such experiences," says social psychologist Mira Mühlenhof from Hanover. In her book "Leave the shadows of school behind you" she wants to show how life improves when you recognize and let go of your "school trauma".

Of course, it doesn't always lead to problems for everyone later if, as a child, you always stayed up to the end in a mental arithmetic game or when choosing a team. For some, however, the consequences of those experiences often unconsciously extend into adulthood. "They can be the cause of blockages or problems such as stage fright, fear of presentations or feelings of inferiority," says Mühlenhof.

Sometimes just one situation is enough. For example, the classic, that you were summoned to the front by the teacher, had a blackout and were laughed at by the class. "Such a situation is then strongly associated with bad feelings and is stored in the body, so to speak." However, the coach experiences very different characteristics in her consultations. Many would be based on fear of falling out of the group. Other clients suffer from being obedient to authority and fear evaluation or devaluation.

The good news: there is a chance to do something about it. "A first step is reflection," says Mühlenhof. So stop and think for yourself what current problems are due to. In her book, she also gives acute tips: For example, talking to others about your experiences, avoiding places and people that are not good for you, developing routines and rituals that give you strength and structure. Another piece of advice: recognize your own limits and accept help.

However, it does not always have to be a feeling of helplessness, shame or fear that has an impact on professional life. "One is the negative reviews that control our thinking and behavior," says the Hamburg careers consultant and work psychologist Ragnhild Struss. "The other is certain talents, skills and interests that you had as a child but have forgotten."

And that never came to light because there are no grades or management structure for them. Strong social skills, for example, or spontaneity. "Anyone who learned in school that there is always 'right' and 'wrong' and was reprimanded when an answer did not correspond to the teacher's ideas will break the habit of spontaneously and freely expressing what is on his or her mind "Struss says. This can go so far that, even later as an adult at work, one does not have the courage to put forward one's ideas in brainstorming processes, to take the initiative or to express one's opinion with self-confidence.

General prejudices and personal attributions can also shape the self-image and influence further development. Anyone who has "always been good at math" must of course become an engineer, and a "doctor's child" must of course also become a doctor. "Such early experiences can mean that the attributions are no longer questioned, but you accept what was imposed on you," says the occupational psychologist. This is how you forget to listen to yourself and trust your own voice.

Anyone who doesn't reflect on attributions from school may limit themselves: "They prevent the free development of one's own self-image and flexibility," says Struss. And they can hold it down and make sure you behave the way you're expected to, "instead of pursuing dreams and making plans that you have the potential for."

In her counseling Ragnhild Struss tries to raise forgotten resources and to motivate clients to remember past strengths and potentials that have been buried. It is important to realize that current difficulties do not have to last forever. "You have to realize that you can try out new behavior patterns today because you're an adult."

The counselor recommends focusing on what was positive: "There is always one teacher who saw something in you. The caregiver who recognized your potential and your personality, supported and encouraged you ." One that you wanted to emulate, that made you believe in your own potential and boosted your self-esteem. Certainly a consoling realization: because not only negative but also positive experiences can have an impact on your future professional life.

1 Ladiges is cooking: Poultry is now on the grill 2 Debate about "useless" women: what society... 3 El-Masry for the young years: Two actors play Mohamed... 4 "Bachelorette" wants passion: mud on the... 5 "Last semester or trimester": Does Brad... 6 'Has nothing left to lose': Is Amber Heard... 7 Fox, Warren, Palcy and Weir: And the honorary Oscar... 8 "I'm more than sick": Ruth Moschner... 9 "Was a life decision": Gottschalk regrets... 10 Lawsuit over "Rhode" products: Hailey Bieber... 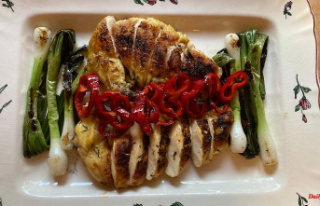