It is a risk to found a museum in Berlin, the cultural policy is considered incredibly complicated. 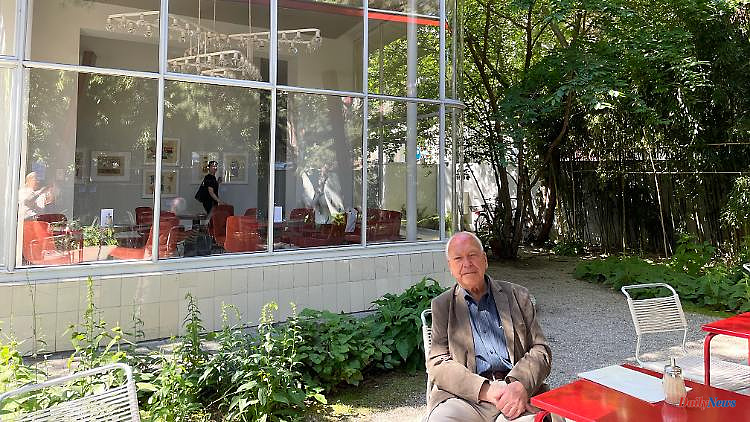 It is a risk to found a museum in Berlin, the cultural policy is considered incredibly complicated. Nevertheless, there are two new additions: the small George Grosz Museum and the Samurai Museum. The creators just dared and give n-tv.de insights into this adventure.

It's one of those dingy neighborhoods in Berlin: the streets aren't far, there are drugs on every corner, the people are grumpy, the cars go too fast, the houses are shabby, the subway rushes over everything on a high track. An oasis of calm with a pond, garden and café awaits behind high walls on Schöneberger Bülowstraße. In a former gas station you can also "fill up" with art. The small George Grosz Museum is already a magnet for visitors in just a few weeks after it opened. "We have up to 400 inquiries a day, but only capacity for 250 people a day," says Ralph Jentsch.

20 years ago, the art historian had the vision of creating a place where one could deal with George Grosz and his work. "I wanted to show more than just one or two pictures by George Grosz, as is usually the case in museums," is his mission. Grosz would have loved this environment - the city morass with its hardness and ugliness outside the door. Jentsch is the painter's estate administrator and, after patiently waiting and searching, came across six other Grosz enthusiasts. Now they could realize the dream of the Grosz Museum together. The former gas station is initially rented for five years. Then they hope "for a larger location," said the 78-year-old optimistically.

Peter Janssen has already found a place where he can stay for a long time. For at least 30 years, his Samurai Museum in the bustling Auguststraße will delight the public with its highly acclaimed collection. How long is the lease. In doing so, he uses the former location of the Olbricht collection in a completely new and very different way. Olbricht surprisingly closed the place for his contemporary art collection two years ago. Now you can skilfully deal with the history and art of the samurai here. Project developer Peter Janssen actually opened a first version of the museum in 2018: A little off the beaten track in the basement of a retirement home in Berlin-Zehlendorf, and only open three days a week.

Why is he gone? "At some point I noticed that there was great interest in the samurai, their swords, armor and art treasures. With this feedback, the idea of ​​looking for a new location grew in me. I wanted a museum that would be an experience for the whole family." , he says to ntv.de when visiting the site. It is therefore very much in line with the trend - a museum must be something that can be experienced. And so the entrepreneur Janssen has invested a considerable amount of his private wealth in technology. He commissioned the experts from Ars Electronica Solutions from Linz, who also beam dusty state collections into the modern age: a tea ceremony projected onto a gauze curtain, for example, looks amazingly real. Interactive installations, videos, touch screens pick up visitors of all ages and their questions about this strange, fascinating world. Around 1,000 objects from the private collection, which is four times as large, have been on display in 1,500 square meters in the center of Berlin since the beginning of May.

But Berlin of all places! Collectors withdraw their works of art from the city in droves, preferring to give their treasures to cities like Dresden. The Bonn Foundation for Art and Culture has come up with the idea of ​​a temporary art gallery at the former Tempelhof Airport - provisionally! - failed. Where were the stumbling blocks and obstacles for the two new museums? Actually there weren't any, report the founders independently of each other. The locations would come without any money from the state, so everything was uncomplicated. That seems to be the sticking point - there were no hurdles after the locations were found. "Apart from the usual problems of a structural nature that you have with such projects, and I already know that from other construction sites," laughs Janssen.

For Jentsch, "the most important thing from the start was to be financially independent. I've had too many bad experiences there. That doesn't just have to do with Berlin, most of the time things just don't go so well when the administration gets involved somewhere in the culture." Clear words. Nevertheless, he does not rule out accepting money from funding pots, "but that always depends on the conditions attached to it." He finds it a relief that he manages the museum with a team. They pull together, inspire each other and are well networked. Jentsch would never have been able to realize his idea alone. The small George Grosz Museum could be the prelude to a large museum. "Maybe someone has a 2,000 square meter hall for us," he dreams aloud.

After all, George Grosz is currently hitting the nerve. He recognized the hideous face of Hitler's dictatorship early on. This is shown by the permanent exhibition on the ground floor with brilliantly snappy paintings, watercolours, graphics and numerous documents. The top floor of the cool glass building next to the gas station will feature a new Grosz theme every six months. "Even young artists are very interested in Grosz," says Jentsch happily, who is already planning an artist-in-residence program.

Drawing was "Grosz's elixir of life and the city was his hunting ground," says Jentsch. In addition to the ugly Germans and their philistinism, Grosz's themes were also criticism of militarism. He was not only a gifted painter, but also a political and critical mind. "After the First World War, he exchanged blows with the authorities about shared responsibility for the horror that had happened. His books were confiscated, and there were repeated lawsuits against him." In 1933, Grosz fled Berlin to New York in time to escape the Nazis. He was very well recognized there and was able to teach as a professor straight away. His studio was smashed by SA henchmen with axes. A box with many letters and drawings from his youth survived undamaged in a coal cellar on Savignyplatz and was found there in the 1980s.

The Samurai Museum is also a true treasure chest. It is considered to be serious competition for the Humboldt Forum when it comes to Japanese Studies. "I think that's too much, we complement each other," Janssen says. He bought his first collector's item for 1,500 German marks at a Berlin flea market. In addition to his business studies in Berlin, he found balance in karate in the 1970s. With the sport, he also bases his interest in Japanese culture. "I was born in East Friesland in 1948 and grew up there. It was all very rural, my heart's desire was to go out into the big wide world and think about foreign cultures," he recalls.

"As a karateka you want to have a sword at some point. For a long time I thought that the blade was machine-punched and that I might have bought it overpriced. It was only a few years ago, when I had it cleaned, that it turned out to be of high quality and from was forged by hand. Now it's in a display case," says Janssen happily. But the Samurai Museum is not about a warlike attitude, "but about a special handicraft, but also about religion and values ​​such as honesty, straightforwardness and respect for others," he counters those who consider the Samurai Museum to be out of date . This makes him very close to the humanist Grosz, although the two places are so different. And both are an enrichment for the Berlin museum landscape. 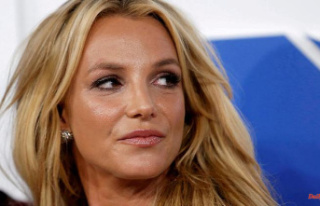