Vienna with a heart and James Bond: How Stefanie became "Herknerin".

The Viennese Stefanie Herkner is studying cultural management in London, but deep inside the inn's daughter she is hungry for the dishes of her childhood and her father's kitchen. 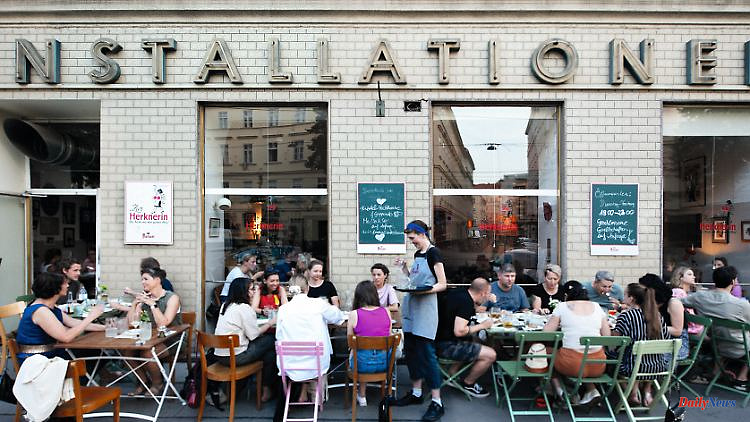 The Viennese Stefanie Herkner is studying cultural management in London, but deep inside the inn's daughter she is hungry for the dishes of her childhood and her father's kitchen. At the age of 30, she gets down to business. Your restaurant is now the hotspot for real Viennese cuisine. She reveals her favorite recipes in her first book.

For the Viennese Stefanie Herkner, swinging the wooden spoon is genetically determined: Her father Heinz was a cooking icon in the 70s and 80s, first with Viennese cuisine at toque level, later in his own inn "Zum Herkner" with excellent home cooking. Nevertheless, she only took the wooden spoon in her hand after detours, but the genes could not be denied. Every one of us knows that: the path from the cradle to adult life is sometimes rocky, paved with wrong turns and detours. Stefanie Herkner writes about this and how the innkeeper's daughter Steffi became "Herknerin" and how it is now an integral part of the Viennese tavern scene in her book "Wiener Küche mit Herz". The book was published by Brandstätter Verlag with the subtitle "My classics and favorite recipes from childhood".

The book looks a bit like Grandma's cookbook in the 50s: cover, presentation, photo collages and especially the small funny illustrations create this impression. There are 200 pages of original Viennese cuisine, but interpreted in a sustainable and contemporary way. The recipes - starters, soups, main dishes, desserts, drinks - are "seasoned" with stories from Stefanie's life. The diet fanatic will look in vain for calorie values ​​and other nutritional information - Viennese cuisine is not for the hungry! We have to endure so much tradition. The ingredients are also easily available in this country, only the sarma herb may require a bit of searching. These whole soured heads of white cabbage are necessary for the preparation of the delicious cabbage roulades of the same name, which are particularly popular in the Balkans and where German holidaymakers like to eat them. Sarmakraut is now also available in some German supermarkets, either shrink-wrapped as a whole head or already defoliated in a jar. In big cities you will also find what you are looking for in Turkish or Croatian delicatessens. And then there is this internet.

So that we don't look too stupid at "Piefkes" in Austrian German and you don't copy my embarrassing mistake on my first visit to Vienna, the book contains a translation aid - thankfully, icing sugar instead of powdered sugar is also included. I've learned a lot since I made my foot in the Austrian faux pas years ago, but the "interpreter" in Stefanie Herkner's book also has surprising new things in store for me: Russians! Who thinks to discover any kind of discrimination or degradation here, is very wrong. However, a Viennese who orders "Russians with potato and mayonnaise salad" (in the book on page 29) in a Berlin restaurant may risk being thrown out. This faux pas might be a lot less funny than my "powdered ladies" from back then.

Here is the solution to the linguistic riddle: "Young herrings marinated in a marinade are called kronsild, kronsillinge, kronsardinen or Russian sardines. The herrings are not boned, but decapitated," says Wikipedia. So these are Russian sardines. They are called that because these small herring used to be caught only in the Russian Sea; the term "Russians" for this is only used in Austria. We call them Kronsild. However, various Austrian translation aids indicate Bismarckheringe for Russians, also in this book. Strictly speaking, Bismarck herring are the pickled meaty fillets of larger herring. Honestly, whether they're called Russians, Kronsild, or Bismarck herring, they're fish swimming in marinade, and it sort of doesn't matter which you choose.

The story of Stefanie's "Zur Herknerin" tavern actually begins before she was born, because Heinz Herkner fell in love with Sarika - in a restaurant kitchen, of course. Where else? "As a result of this love, I soon saw them cutting, cooking, roasting and serving from a small wooden armchair - which stood between huge soup pots in the tiny kitchen of the Herkner Tavern", writes Stefanie Herkner in her book. Other families hiked on vacation in Tyrol or sunned themselves on the Mediterranean - the Herkners went on culinary vacations, for example with the chef Pope Paul Bocuse in France. Stefanie was seven years old then.

In childhood and early youth there were two anchors for the girl: her father's inn in the Dornbach district of Vienna and her grandmother's farm in Slovenia, where Mama Sarika has her roots and Stefanie always went on vacation, "even if it wasn't necessarily vacation, but hard work". But she enjoyed this balance between school and the big city. She even wanted to be a farmer; as a teenager, she painlessly said goodbye to these childish notions. Nevertheless, today she is happy to have had these experiences on the fields and in the stables. The knowledge of the grandmother and her work on the farm, all of that shaped Stefanie. She still cherishes and cares for grandma's recipes as "Herknerin". In Papa's tavern "Zum Herkner" she was sometimes assigned to serve ("... if I was lucky ..."), chatted with the regular guests, including Peter Alexander, and "obviously received the best tip, given my age ".

One would think that such a childhood determines one's career, but Heinz and Sarika had "better" plans for their daughter: just not the drudgery in the restaurant business! Stefanie grew up with this guiding principle, followed by her high school diploma (Abitur) at the Lycée, Vienna's French school, and a cultural management degree in London. Focus: contemporary Chinese art. Then work for galleries and museums, many trips around the world. Still, at 30, she was unhappy because the "literal hunger for the dishes of my childhood" had never gone away and was nagging at her. She wanted her own tavern! Mama Sarika clamored (father Heinz had died when Stefanie was 14), but all her friends and acquaintances had always known, except for herself: the tavern child Steffi will open her own restaurant at some point!

Before the time came in 2013, she took a hard apprenticeship as a cook, because gastro cuisine is a real treadmill and still a macho domain. Stefanie fought her way through with her usual stubbornness and the skeptical mother understood "that all the warnings about the gastronomy hadn't worked". From then on she stood by her daughter's side - until today. "Everything that I cook and serve with my team in my tavern bears the handwriting of my parents - and by being able to look over my mum's shoulder while she cooks again, I have received the finishing touches that made me HERKNERIN in the first place. "

This signature means: dishes prepared with a lot of heart, no frills - simple, honest and authentic. However, Stefanie's very personal twist is not missing in the recipes. It is very amusing to read why the James Bond cocktail that we all know has found its way into a Viennese cookbook. Although the author grew up surrounded by cabbage rolls and Gießnockerln, the atmosphere in Vienna's famous Loos Bar already magically attracted her at the age of 16. At that time she hid secretly with her friends in the bar, later as a student in London she legally made acquaintance with a martini cocktail: "... the best thing I've ever drunk." After that there was no holding back. On her travels as an art appraiser across the world, she analyzed her way through the world of martinis. And so the martini cocktail is not missing in her book "Wiener Küche mit Herz", as it exudes "for me the same sophisticated, enjoyable charm that I also appreciate so much about Viennese cuisine. ... And if one day James Bond comes in the door, then I'm well prepared!" She tells us the recipe for her "Dirty Wodkatini" in the book.

Stefanie's tavern "Zur Herknerin" in Vienna's 4th district not far from the Naschmarkt is on the one hand a homage to the father and on the other hand bears the signature of the daughter. Originated from an old plumbing shop - the inscription "Installationen" from the 1950s has remained and is a reminder of the origin - the restaurant has long been a hotspot of real Viennese cuisine. With a living room atmosphere, flea market stuff, dad's old menu with Schilling prices on the wall. And the whole thing topped by the well-known Viennese designer Tino Valentinitsch, who not only designs adidas and Versace: His logos now also adorn Stefanie's tavern and her book "Wiener Küche mit Herz": funny, a little frivolous, very Viennese charm - just cheeky and a bit rough.

I have selected four recipes for you from the variety. So that it works right away when cooking, a small excerpt from the "Translation help":

Put all the above ingredients in a bowl and marinate with cucumber water. Mix in the sour cream and mayonnaise. Salt and pepper, if more acid is needed, add the pickling liquid from the Russians. Garnish with dill.

Preparation: Fill a pot with water and lightly salt the water. Melt butter, remove from heat and allow to cool slightly.

Stir in the semolina and egg, allow the mixture to stand for 1-2 minutes, quickly form dumplings with 2 soup spoons and slide directly from the spoon into the boiling water.

Cook uncovered for 15 minutes, then set aside for 20 minutes to soak.

Preparation: Cover the whole meat in a saucepan with water and cook for about 45 minutes with the bay leaves, peppercorns, vinegar and salt. When the meat is tender, set the pot aside and let the meat cool for at least 1 hour.

Meanwhile, peel the potatoes, wash them and boil them in salted water until soft.

Julienne the carrots and celery and blanch briefly in boiling water until soft. Strain and rinse with cold water.

Cut the cooked meat into large pieces and heat in the cooking stock together with the vegetable strips. Arrange with freshly grated horseradish and chives, serve with the salted potatoes.

Preparation: Soak the gelatine in cold water. Prepare vanilla pudding according to instructions with milk, sugar and salt. Take the gelatine out of the water and stir into the warm pudding mixture. Remove from the flame and let cool.

Whip the whipped cream until stiff and fold into the cold pudding mass with the rum. Mix everything well to form a cream.

Cut out with a spoon and serve with whipped cream. If you like, you can pour 1 shot of eggnog over the cream.

Tip: My mom prefers to use Italian ladyfingers because they are thicker and fluffier. She stirs the remaining crumbs and the sugar from the sponge cake pack into the cream before chilling.

Heidi Driesner wishes you lots of fun reading and cooking or at the dumpling seminar with Stefanie Herkner. 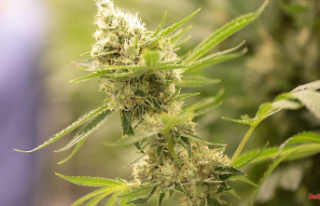