"Voluntary religious year": after leaving school in the monastery

After school, many young people are drawn out into the world. 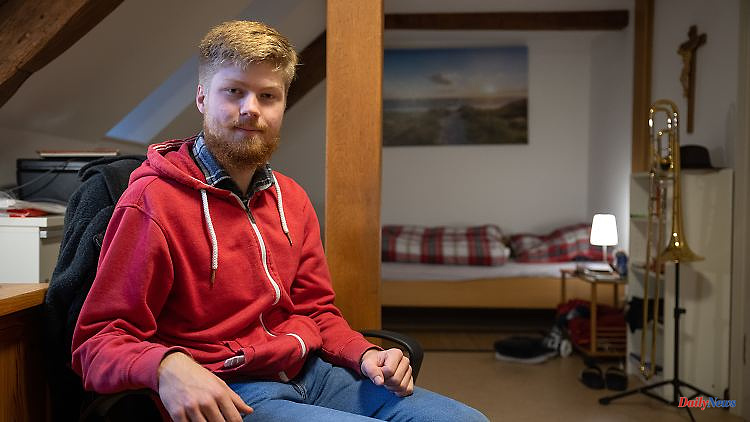 After school, many young people are drawn out into the world. Peter Roberg, on the other hand, retreats to the seclusion of a monastery. The 18-year-old is completing a "voluntary religious year".

Peter Roberg kneels in the shadow of the baroque monastery church. With a fine brush, the 18-year-old paints the inscription on a tombstone in the monastery cemetery with white paint. The young man has been living and working in the monastery with eight Franciscan brothers since the beginning of October.

In the room with desk, bed and cupboard, a large wooden cross and a picture of Mary next to the bathroom door are reminiscent of the monastery. "My room is twice as big as in the boarding school. The only thing that's a bit annoying here sometimes is the Wi-Fi, it doesn't always work," says Roberg. And what else bothers him? "Sometimes getting up early."

Roberg is currently one of seven participants who are completing a "voluntary religious year" in German monasteries. The project, which was initiated by the German Religious Superiors Conference (DOK), the representative of the Roman Catholic religious orders, has existed since the summer of 2019. Anyone between the ages of 18 and 75 can pray, work and live for between three and twelve months in one of around 50 participating monasteries and religious orders. Since the introduction, 51 people have completed a religious year, explains the coordinator of the project, Maria Stadler.

"I want to find a little bit more about myself, develop my religious side and maybe find my way for the future," explains Roberg. He combined his religious year in the Frauenberg monastery in Fulda with a federal voluntary service at the "Antonius" community foundation, which has been implementing an inclusive training and work project on the Frauenberg since 2016 and runs the conference and guest house in the monastery. For this he receives pocket money of 420 euros per month.

"I'm a bit of an errand boy for everything in the conference center." Roberg sets the tables for conferences, helps with the distribution of food at lunchtime or checks that everything is in order in the guest rooms. He also takes on medical trips for the brothers and helps in the household of the monastery. "He should experience our life as it is and get an insider's view of the community," says Father Cornelius Bohl, who heads the monastery in Fulda as "Guardian."

"Religious life is gradually becoming exotic. Many hardly know anything about monasteries or are even surprised that they still exist at all. I see the overall project as an opportunity for monasteries and religious people to open up and get to know life for interested people," explains Bohl.

Together with the brothers, Roberg starts his day at 7 a.m. with Lauds, the morning prayer. After a joint breakfast with the house community, his work in the conference center begins at 8 a.m. At 6:00 p.m. after work, he and the brothers meet again for Vespers, evening prayers, and supper. This is often followed by conversations about God and the world.

"The brothers are very open to everything," says Roberg. On some topics, however, he notices the age difference. "We are not an aging convent now, but we brothers could at least be Peter's father or grandfather," says Father Bohl. This is another reason why freedom is important for Roberg. "Basically, he's there for everything that makes up our lives, but we don't expect him to be there for every prayer and every mass."

Roberg therefore also spends his free time outside the monastery walls, playing the trombone in the local music club. Family and friends also come to visit regularly. "Everyone was surprised at my decision to go to the monastery because that's unusual at my age. But they think it's cool," says Roberg, who was born in Kempen on the Lower Rhine.

Roberg found out about the religious year through his religion teacher. "I grew up as a Catholic and I'm more or less religious. But I wasn't able to live it out so well at my school," says Roberg, who went to a boarding school in Meissen, Saxony, in the 6th grade.

Roberg came to the monastery in Fulda because he liked the pictures on the internet best. "I then spent my winter holidays here in February to try out living and prepare for my Abitur." After that his decision was made for the religious year on the Frauenberg, where he moved into a furnished room under the roof in October.

Unlike the eight Franciscan brothers, who can be recognized by their brown habit with a white cord, Roberg wears his everyday clothes in the monastery. He still feels integrated. "I experience a great sense of community. Some of the brothers already address me as Brother Peter."

He is also an enrichment for the Franciscan brothers. "Our religious community is enlivened when someone comes to us with an outside perspective," says his supervisor Bohl. However, the time in the monastery should not be an obligation. "The religious year should not be instrumentalised for recruiting young people. The feeling should not be aroused that we have hopes and expectations of Peter that he will join here one day," explains Father Bohl.

For Roberg, that's not out of the question after two months. "I can imagine living in a monastery," says the 18-year-old. However, a degree in classical archaeology, philosophy or theology is also conceivable. "The other option would be a family of my own. For me, it's a human need to be close to other people. That raises the question of physical contact." 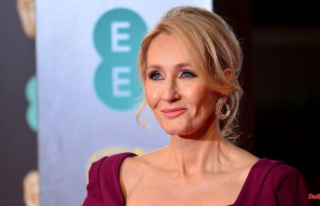