What novels to read this summer? Our five favorites

A suffocating camera by the British Kate Riordan, a first French novel with the air of an existential road trip, the successful comeback of Liane Moriarty, an astonishing comedy of manners orchestrated by the American J. 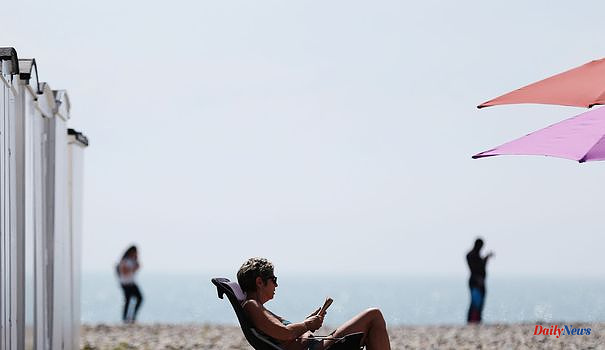 A suffocating camera by the British Kate Riordan, a first French novel with the air of an existential road trip, the successful comeback of Liane Moriarty, an astonishing comedy of manners orchestrated by the American J. Courtney Sullivan, the old-fashioned flavor of the family saga of tennis star Alizé Cornet: so many fictions, selected by L'Express, to slip into your suitcases.

Lovers of psychological thrillers, this formidable page-turner is for you! In the summer of 1993, Sylvie Durand, a French expatriate in London, returned with her youngest daughter Emma to her family home. It has been ten years since she set foot in this beautiful building in the heart of Provence where she grew up and then lived with (ex) husband and children. La Rêverie, that is what it is called, bears its name very badly, so much does the place seem to rekindle nightmarish anxieties in Sylvie. And the memory of his eldest daughter Elodie, who died at 14. An opaque beauty with odd eyes that locals compared to a "Manson Girl".

We don't let go of this novel for a second because we want to know if the fire that threatens this sweltering summer will eventually reach the house. Understand what happened in the barn and why this splendid swimming pool, the scene of a breathless and unexpected outcome, seems as threatening as it is welcoming. Because we also can't help feeling for the missing child, as his mother reminisces, a fascination mixed with repulsion. Because the questions, the remorse, the pain of this woman are magnificently described and we hope, like her, to finally have the end of this story.

Alternating past and present, British writer Kate Riordan blows hot and cold. Without trying to create suspense at all costs, it draws us to the borders of a camera whose stifling heat contrasts with the disturbing, even chilling situations that the reader discovers little by little. A damn effective novel whose success, across the Channel, seems amply deserved.

*The Summer When Elodie, by Kate Riordan, trans. from English by Géraldine D'Amico and Laurence Videloup Stock, 432 p., €22.90

The Summer where Elodie, a formidable page turner of the American Kate Riordan

We could have nothing to do with the contemporary anxieties of three pretty thirty-somethings. Suffocate under so many bellies, skins, sex, hair, alcohol and summer. Or get annoyed with the almost ostentatious inventiveness of Joanne Richoux's style. But it is precisely this writing with a scalpel, incredibly evocative, rhythmic and almost clinical, which transcends this existential road trip. The writer, author until then of Young Adult novels, turns out to be a formidable observer of what pulses under the epidermis and excels in the art of exploring the cracks. Those of Louise, an agoraphobic and anxiety-ridden journalist, who goes on Xanax and spectacular panic attacks. Of Rose, freshly divorced, slightly champagne-bubbly, anorexic to death and addicted to the razor blades whose imprints dot her body. And of Jenna, abrupt and falsely indifferent, who needs no one and seems to assume everything, from her contempt for men to the stripteases she lives off. Yet it is she, apparently the strongest, who rocks when she learns that her father is in the hospital.

The starting point for an escape that looks like an escape, this drama rushes the three girlfriends on the roads, from Auvergne to Saint-Jean-de-Luz via the Hautes-Alpes. Leave childhood in the rearview mirror and try to negotiate the turn of adult life without too much damage: for a summer, each will try to tame their flaws and learn to exist despite the obstacles. From the eclectic soundtrack that punctuates the chapters to the dialogues: everything rings true in this splendid first novel.

An escape that looks like an escape, the formidably paced first novel by Joanne Richoux

If Alizé Cornet's writing skills are not up to her level of tennis, her first novel is still a charming surprise. With La Valse des jours, the 44th player in the world signs a tender family saga inspired by the story of her own ancestors. And more precisely of her grandmother, her aunt and her mother, for whom she wrote this text, supposed to be at the start a simple Christmas present. Anchored in the region of Nice, the novel follows, from 1963 to 1976, the story of a couple and their three children, a modest family, at first glance classic. Chapter after chapter, the voices of Hélène, the courageous mother, and of her two daughters, the reasonable Jeanne and Mouna, the undisciplined, follow one another, revealing the light and shadows of ultimately not so insignificant destinies.

Let's be honest, it's not for its literary finds that we recommend this novel, read in one go. But for its "sincerity", which almost reconciles us with this overused term, carried by a real sense of narration. And, above all, for the delicious old-fashioned scent that emanates from it. Reminiscences of a near but so distant time. That of the transistors which broadcast Claude François or Aznavour, the roudoudous bought with the 5 francs monthly pocket money, epistolary relations, but also preventoriums, the difficult emancipation of women, the stigmatization of divorce and the banality of alcoholism as male violence. When reading this book, one thinks of those popular local novels that flourished in the golden age of France Loisirs. Nerdy? No, and surprisingly refreshing.

With its 560 pages, Les Affinités selectivees plays, undeniably, in the heavyweight category. Especially since it has the potential of a bestseller. Its author, the American J. Courtney Sullivan, would not be at her first attempt since her first title, Les Debutantes (2012, Rue Fromentin/ Le Livre de Poche), a delicious learning novel, is sold nearly 100,000 copies. The writer, whom we can meet this fall at the America Festival, this time explores the story of friendship between a woman and her babysitter.

The first, Elizabeth, ex-journalist, brilliant author, has just left New York and is struggling to write her third book and to adapt to her new life as a young mother in the small town where her husband grew up. The second, Sam, a student, tries to build her love life but also her future, already weighed down by student loans. Everything separates them but each projects herself into the life of the other as they experience a period of changeover. The same vertigo facing the horizon of possibilities... This excellent comedy of manners, as fierce as it is funny, far exceeds what was expected of it when it began.

We talk about friendship, motherhood, love but also about appearances, class discordances, social and economic privileges and the other side of the American dream. Of what is success in general and of a life in particular. With its skilfully put together scenario, without being sewn with white thread, the care and finesse given to the locations and the development of the characters, secondary as well as main, we can well imagine this very successful novel being brought to the big screen one day.

The strange friendship between a woman and her babysitter, or the reverse of the American dream

With Set and Match!, the Australian novelist Liane Moriarty returns to her best level. From her, we had devoured a series of appetizing novels, with planetary success, which left interesting bittersweet notes in the mouth: The Husband's Secret (2015) - which became the hit series Big Little Lies on HBO -, A little much to the madness (2018) or Three wishes, his very first text published only last year. But here's the mess! , his latest opus, Nine Perfect Strangers (2020) – adapted into a sanitized mini-series produced by Nicole Kidman – had clearly chilled us. To the point of wondering if the author had not written it in a hurry. And if the clever cocktail of ingredients that made up the flavor of his books was not in the process of turning into a bland recipe, like a prefabricated junk book.

From the first pages of Set and Match!, we find this formidable ability of the author to drill human relationships, stripping the layers of varnish from the appearances of her characters to expose their depths. And this, in a way that is all the more convincing because she excels in capturing seemingly innocuous details which, put end to end, nevertheless reveal the deep springs of an existence. Here, that of a family of respected tennis players: a couple, still united after fifty years of marriage, have just sold the tennis school that made them proud. Their two daughters and two sons, little racket stars who, far from the nets, have become moderately accomplished adults, are trying to come to terms with their lives.

The hitherto impeccable family mechanics are completely derailed when a young woman arrives out of nowhere who plays governess in the parental home. Mixing past and present, the story holds in suspense while we observe with delight the pen of the author scratching the pretenses. At the same time psychological thriller, comedy of manners, feel good book and family saga, this light, funny and sometimes cruel novel is flawless!

1 The celebrated crypto trillion and four misjudged... 2 BGH decision: Requirements for rent increases after... 3 Standard land value up to area - This is how you can... 4 Energy: Russia is supplying gas again via Nord Stream... 5 Tokyo Olympics: what assessment for the "Pandemic... 6 The threat of billions in fines could be the least... 7 Olympic Games: understand everything about the case... 8 Technology ZF Steer by Wire: Advantage in experience 9 Charge, store, protect - this is how the e-bike battery... 10 California, USA: Motorcyclist killed in accident with... 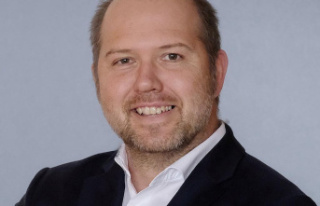