Burial without a coffin is permitted in almost all federal states. 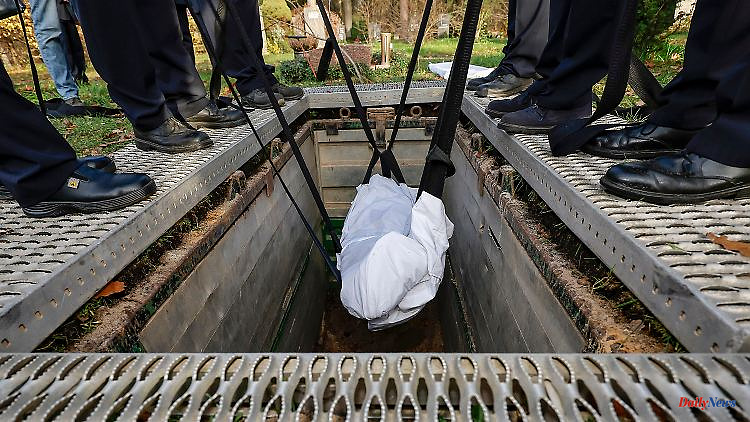 Burial without a coffin is permitted in almost all federal states. But how do you put a shrouded corpse in the grave with dignity? A test in Nuremberg should show that.

Many people gather in front of the freshly dug grave in Nuremberg's southern cemetery. Then the cemetery employees open the coffin and carry the corpse, wrapped in a white cloth, to the grave. They lower him carefully on long straps. Some of the spectators take photos with their mobile phones, some stand together in groups and discuss.

The burial is not a real one, just a demonstration. In the shroud lies a dummy, i.e. a human-sized doll. On this day, the Nuremberg Cemetery Administration wants to show representatives of Muslim communities and politicians how a cloth burial could work. Above all, a way must be found to lower the dead in a dignified manner into the grave, wrapped in a cloth, and to align them correctly in the direction of Mecca, says director Armin Hoffmann.

Last spring, Bavaria was one of the last federal states to abolish or relax the obligation to have a coffin for religious or ideological reasons. It still applies only in Saxony and Saxony-Anhalt. According to their own statements, both federal states are currently working on a change in the law.

The easing of the coffin obligation is primarily aimed at Muslims who bury their deceased wrapped in a shroud. However, according to the Federal Association of German Undertakers, burials without a coffin have so far been little used. "Currently, the coffinless burial is a niche," says General Secretary Stefan Neuser. Despite the relaxation of the law, this is not possible everywhere. In the end, each municipality decides for itself, since it also depends on the soil conditions in the cemeteries.

The consumer initiative Bestattungskultur Aeternitas also speaks of a marginal phenomenon, but sees a clear upward trend. "Basically, such burials take place where many Muslims live and where there are also Muslim graves in the cemeteries - that is more in big cities," explains Aeternitas expert Alexander Helbach.

While Nuremberg is still rehearsing, cities like Cologne and Berlin already have years of experience with cloth burials. In Cologne, this has been possible since 2005 after an application for the Muslim grave fields in two cemeteries. "In about 8 out of 10 cases, the burial takes place in a linen cloth," says spokeswoman Nicole Trum. It is estimated that there have been around 1,100 burials without a coffin in the North Rhine-Westphalian city so far.

The first burial without a coffin took place in Berlin in 2014. According to the responsible Senate administration, there are graves in four cemeteries specially designated for Muslim burials. Last year, 40 percent of Muslim burials were coffinless. "Even within the Islamic culture, burials often take place differently, especially with regard to the rituals at the grave," explains Anette Vedder, head of the Office for Cemeteries of the City of Augsburg, which has been making burials in shrouds possible for more than a year.

According to calculations by the Federal Office for Migration and Refugees (BAMF), between 5.3 and 5.6 million Muslims live in Germany (as of 2020). However, this is not a homogeneous group. According to the BAMF study, most Muslims still come from Turkey, but in recent years many have immigrated from the crisis regions of the Near and Middle East, especially from Syria.

According to the Central Council of Muslims, the coffinless burial is also a question of generations. One can assume that the majority of older Muslims with a migration background - i.e. the 70+ generation - still want to be buried in their country of birth, explains a spokesman. Their children and parents' children, on the other hand, would hardly have this wish anymore.

After the trial burial in Nuremberg, those involved want to discuss things in the mourning hall and talk about possible improvements. In any case, Fuat Gökcebay, the religious attaché of the Turkish consulate general in Nuremberg, is satisfied. He thinks it's important for Muslims to be able to bury their loved ones according to religious customs. "That helps with integration. It makes people feel even more part of Germany." 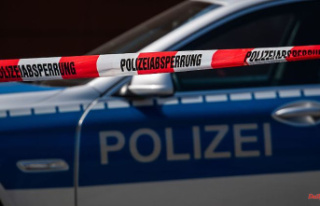