Yes, there is Santa Claus. COVID-19 will not stop him

This is the message from the joint U.S./Canadian military operation, which has for 66 years been following Jolly Old St. Nicholas' global mission. It has also assured us -- first by landline and then by iPhone, Android and OnStar -- that he's on the way with a sleigh filled with toys and a welcome dose joy. 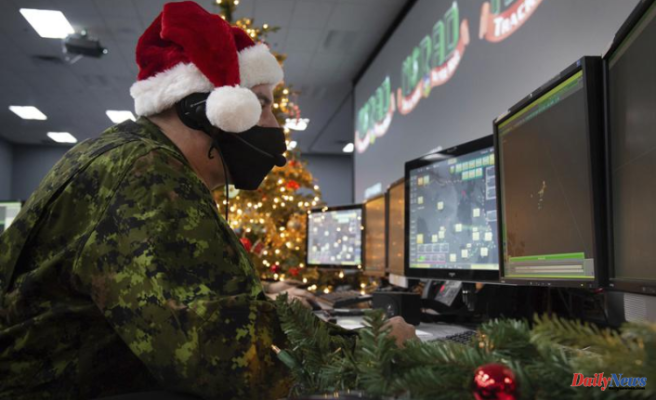 The Colorado-based North American Aerospace Defense Command, which is based in Colorado, provides real-time updates about Santa's progress from Dec. 24 at 4 a.m. MST. The Santa Tracker from NORAD lets families see Father Christmas as he travels through the Americas, South Pacific, Asia and Africa in 3D.

Many volunteers work from NORAD headquarters and answer unrelenting phone calls at 1-877-HINORAD (1-877-446-6723) Their volunteers and others working from home due to coronavirus distancing protocols will answer questions such as "When will he visit my house?" Preston Schlachter, program manager and NORAD spokesperson, said that he loves cookies.

You can watch the video here. Visit https://www.noradsanta.org, check out #NORADTracksSanta and @NoradSanta on Twitter, or use the associated apps. You can also email noradtrackssanta@outlook.com for the latest.

Schlachter stated that the NORAD website had been viewed more than 3,000,000 times before Friday's takeoff.

"Every household and every country are dealing with the effects of this pandemic. Schlachter stated that Santa Claus is an iconic figure and is a source for joy for many people.

The origin story of the program has been passed down through generations, just like any Christmas story.

Air Force Colonel Harry Shoup, who was on duty at NORAD's predecessor the Continental Air Defense Command, answered a call from a child calling from a number misprinted in a newspaper claiming she was calling Santa Claus in 1955.

Schlachter stated that Shoup answered the call and thought it was a joke at first. But then he realized what had really happened and assured the child that Santa was responsible, thus starting the tradition we celebrate now, 66 years later."

NORAD's mission, is to monitor the skies over North America for potential threats. The Santa operation starts on Christmas Eve when a group of radar stations in Alaska and northern Canada detect an infrared signal emanating from Rudolph’s nose. The journey is monitored by NORAD's geostationary satellites.

The display is displayed on large, unclassified screens at a festively decorated command center at Peterson Space Force Base Colorado Springs. Masked volunteers are seated at tables with phones, garland, miniature Christmas trees and plenty of caffeine-laden candy, coffee, and hand sanitizer.

NORAD's motto for military missions is "We Have the Watch."

Santa calls the shots. We are just following him."

1 EXPLAINER - Are there more defendants who testify... 2 EXPLAINER - What happens if the high court ignores... 3 Many US churches cancel their Christmas services in... 4 Due to COVID staffing shortages, airlines cancel flights 5 Omicron is the latest blow to pandemic-weary frontline... 6 Los Angeles Police shoot Coroner IDs a girl killed... 7 San Francisco Board approves Mayor's Emergency... 8 Christmas celebrations in Bethlehem get Virus again 9 NOT REAL NEWS: Take a look at what did not happen... 10 Coordinator Frazier provides Bills calm, reassuring... 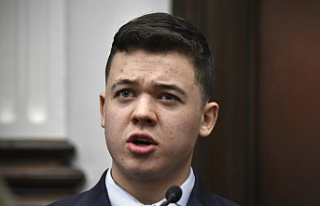 EXPLAINER - Are there more defendants who testify...