"A new love is like a new life," says a German hit. 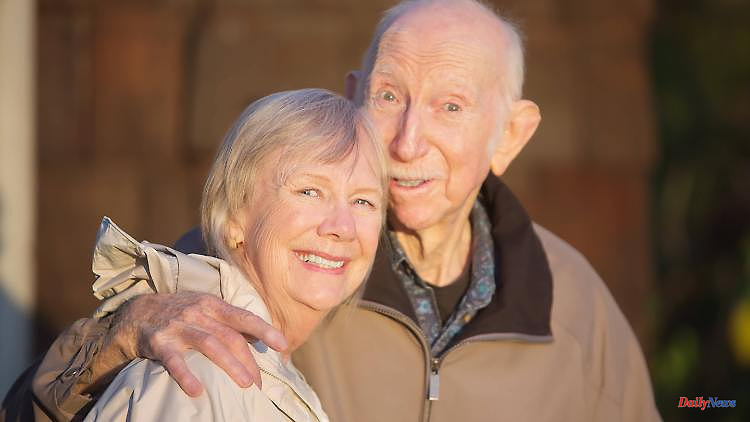 "A new love is like a new life," says a German hit. But how does that work when you've been around for a few years - and often have several relationships behind you? How can a new love succeed then? Experts advise a more practical approach - and tolerance.

Life has been going for a while. However, your partner may have already died or previous relationships have broken up. According to the Federal Statistical Office, every third person over the age of 65 lives without a partner. But what if you don't want it to stay that way? When you can imagine, even in old age, letting someone back into your life - and meeting them?

Then you should first and foremost deal with your expectations. Because: "Some things are different in old age," as Dorothee Döring says. The qualified teacher, born in 1949, has not only written a book about finding a partner in old age. But also one about how togetherness can succeed.

She reports: "You're not as spontaneous and carefree as you were when you were young." After all, you have legacy issues from previous relationships. And: "Especially when you're older, you don't want to make any more mistakes, because you want to have learned from mistakes."

So cool head at the beginning of a relationship instead of butterflies in your stomach? For the qualified psychologist and systemic family therapist Matthias Richter, that doesn't have to be a bad thing. "While being in love is the main focus when you're young, older couples may be more concerned with the extent to which there is a fit in practical areas of life," says the 66-year-old, who is himself married for a second time. "Whether one can imagine taking on the challenges of old age together. Whether there are common interests."

Even if it may seem to some people that one shouldn't let too much time pass in old age, one should find out in peace. For example when doing things together. "Because at that age it's increasingly about spending free time together," says Richter. "And of course the interests have to fit to some extent."

Above all, one shouldn't expect "to find someone who has emerged from their previous life without scratches and quirks," said Richter. Or that the other person will change fundamentally. Instead, look better: "Can I live with the dark side of my chosen one, my chosen one?"

Professor Frieder Lang, graduate psychologist and holder of the chair for psychogerontology at the Friedrich-Alexander University Erlangen-Nuremberg, points out: "A long life also means that everyone has a long convoy of relationships and people with them ."

Anyone who gets involved in new relationships in old age should know that. And you may also find out that it doesn't have to be a love relationship anymore - other relationships can also be fulfilling. "Even with separate households and even without any sexuality at all, you can feel a stable good friendship as a great happiness in life, which is not far from that of a partnership," says Lang.

And even in new love relationships, it may not have to be the shared apartment right away. For Dorothee Döring, for example, the "Living Apart Together" model of life has advantages. What is meant by this is a partnership in which everyone keeps their own spatial environment. "You only do the nice things together," says the author.

Psychologist Richter advises thinking carefully about what you expect from each other before you move in together. Is it perhaps also about wanting someone to take care of the household? Then you have to talk about it clearly. "And don't try to do that on the sly."

He recommends trying out models in advance, where you live in one person's apartment and then the other, if that's possible. "Because it's incredibly difficult to reverse a move once it's completed, given the current situation on the housing market."

Better therefore: approach the new "we" step by step. This also applies to the family and friendly environment of the new partner. After all, there can also be concerns with adult offspring, for example - for example that the new partner could have an undesirable influence on one's own parent.

Richter therefore advises talking openly to your children about the desire for a new relationship. And to introduce a new partner carefully: "Maybe not just fall into the house with the door: That's my happiness for old age. But just say clearly that we have entered into a relationship and we are also in the process of trying it out."

Existing friendships of the new partner should also continue to be given space, for example for joint ventures or trips - even without oneself. This also applies if you might not be able to do much with your partner's friends, says Richter .

Anyone who hopes to bring the respective environment to one table on public holidays and birthdays should also be prepared to say goodbye to some of the usual rituals. You can sit down and develop a new concept together, says Döring: "We've done it this way and that so far. How did you do it? And how should we do it in the future?"

In general: talk to each other. This should also be the recipe for success for relationships in old age - and also applies to physical closeness. "It's important to talk to your partner about what you like," says Professor Frieder Lang. "For example, you can say: I like it when you touch me. That helps. And if that's not the case, it can be important for the other person to be touched."

Anyone who succeeds in doing this may not be able to expect a whole new life from a new love. But: "You can design or enforce things in your own way," says Döring. "Or set other priorities or live out what was previously neglected."

1 "Pulled out" of family: Bella Hadid misses... 2 "He's with me every day": Patrick Swayze's... 3 The chief cynic celebrates his 65th: Harald Schmidt... 4 Storm threaten: How do I deal with heavy rain? 5 Only 7 percent: That brings the VAT savings on gas 6 From the job center: How does an education voucher... 7 Partial retirement and Co.: Early retirement must... 8 "Let it all go": Spacewalk ends abruptly 9 Which position is best?: Posture influences the speed... 10 North Rhine-Westphalia: Nord Stream 2: Wüst rejects... 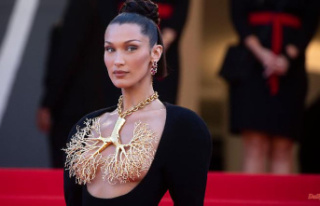