One parent was reported, despite the fact that her trans-son was 18 years old. Another said that she fled the state to protect her trans-daughter. 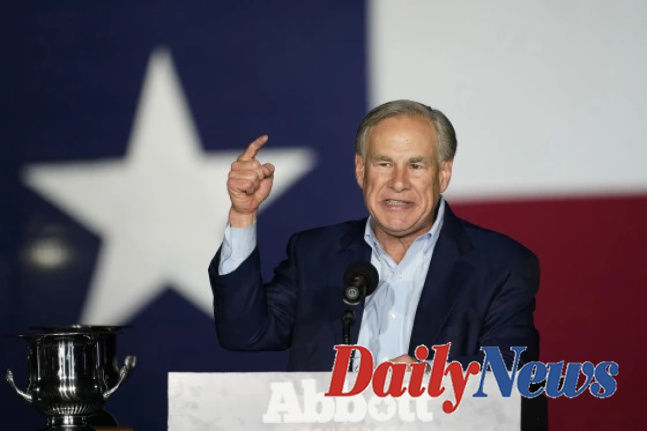 a mother who lives in Austin Texas, stated that she was relieved and excited when her transgender son turned 18.

She explained that her son tried suicide several times. The first time he attempted suicide was when he was only nine years old. She said that her son became transgender and began wearing different clothes and using male pronouns. It was then that she heard him laughing for the first and only time in a while.

He's now going to college in a different state. L., her lawyer, recommended that she use an initial to protect her family's privacy.

L. stated that no one has to know he is transgender unless he wishes to. He's been doing well in college. He's a good friend, he's involved in many clubs, and he works hard on his nursing studies. He's not that trans kid, he's one of the guys. He is not a trans kid.

On March 1, an agent of the Texas Department of Family and Protective Services, a state agency that investigates child abuse cases, arrived at her home and informed her that she had received "multiple reports of violence" against her.

Following a directive from Texas Governor. Greg Abbott directed the Texas governor to direct the department to conduct a prompt investigation into any instances in which minors were subjected to "elective gender transitioning procedures," including the prescribing of hormones or puberty blockers.

L. stated that she was shocked to see the agent at her home. Her son is now an adult. L. stated that they could retroactively investigate parents who allegedly abused the child if this happened before 18. L. testified against the Texas Legislature anti-transgender bill. She said that she believes the abuse reports were filed by people who support the bills.

She said, "I'm tired, haven't been eating enough, and I'm stressed out." "Why aren't you trying to punish him for his happiness?" These things are important because if he didn’t get them, I would probably have buried my child."

NBC News interviewed nearly a dozen trans parents and teens about the effects of Abbott's Texas directive. Nearly all of them were uncomfortable using their full names as they are under active investigation or fear of being reported.

Many of them have already hired lawyers to protect themselves in the event of being reported or investigated. Others are contemplating leaving the state altogether, or are in the process.

Texas Attorney General Ken Paxton issued last month a non-binding legal opinion declaring that state law provides gender-affirming medical treatment for minors who are subject to child abuse. In a letter, Abbott confirmed Paxton's opinion. He also urged "prompt investigations" by the Department of Family and Protective Services and asked "licensed professionals" and members of the public to report parents of transgender minors child abuse to the state authorities, if they are receiving such care.

The Department of Family and Protective Services opened investigations into at most three families, one of which has a transchild, since then. After civil rights groups intervened last week, a judge blocked the investigation. However, the judge's order was limited and investigations into other families continue, at least until Friday when the injunction could expand to cover all investigations. Paxton sought to have her decision reversed by the judge, but the appeal was rejected on Wednesday.

The Texas Department of Family and Protective Services spokesperson declined to comment due to confidentiality and did not give information about the number of open child abuse investigations relating to gender-affirming care.

Angela Hale is the communications director at Equality Texas. This group advocates for transgender children and has warned parents that this situation can be frightening.

She stated that they are mainly targeting families who have testified at hearings, participated in news conferences or spoken out for their children.

Equality Texas has partnered up with civil rights groups such as Lambda Legal to compile a list pro bono lawyers who will represent parents or their children in the event of an investigation.

Equality Texas advocates are awaiting Friday's hearing. Hale stated that Equality Texas received many calls from anxious parents. One family was afraid to bring their trans child to an emergency room. She stated that doctors and therapists fear providing mental health support and transition-related care to minors due to the possibility of losing their medical licenses. This is despite the fact that such care is supported and accredited by the American Academy of Pediatrics, the American Psychological Association, and the American Medical Association.

Hale stated, "The ripple effects for these families are large and very dangerous at the moment."

According to KPRC, the hospital stated that "this step was taken in order to safeguard our medical professionals and impacted families against potential criminal legal consequences."

President Joe Biden condemned Paxton and Abbott's letters in a strong statement last week. He also included a list of steps that the Department of Health and Human Services stated it would take to protect transgender youth and families in Texas.

Texas parents said that they appreciated the support but that the reports of abuse and subsequent investigations -- as well as the fear of them - have continued.

"Hard to stay together"

Even those whose families are not currently under investigation admit that the past two weeks since Abbott's directive was released have been traumatizing.

He said, "It was difficult to stay in one place and not get overwhelmed by everything." "A lot of emotions, a lot disassociation, and hardness just to keep it all under control.

Katie, N.'s mother, stated that the family does not plan to move at this time, but they fear being reported. They have the time and resources to fight back, and advocate, unlike other families.

K., a mom from Austin, wanted to be like the parents who fought for their children. K. testified at the state Capitol when more than 50 anti-trans bill were being considered. On Monday, however, she was on the verge of tears in an airport terminal.

She was traveling to Oregon to view houses. She stated that she is moving her family from Texas to ensure the safety of her transgender 10-year-old daughter.

She said that she feels an "inexpressible guilt, and anguish" for those families who are unable to leave. She reminds herself that she is doing the right thing to her family.

She stated that her daughter, who normally doesn't cry much, was crying and asked her, "Am I going mad?"

"I said no. I pulled over. K. replied, "Why would you ask that?" "She said, "Because everyone hates me."

She stated that her daughter felt this way even though she had a supportive and loving family. This, she said, is a sign that Austin's liberality doesn't shield families from the negative effects of Abbott's directives and the larger conversation they're creating.

She stated that she feels more like a frog when boiling water boils, a description she hadn't heard before Texas' last legislative session.

She said, "To me, that's how living in large Texas cities is like. You're like an frog in boiling hot water. And you don't realize just how bad it is until it's too late." It may not be too late, but it is possible.

L., the mother currently being investigated, stated that she fears for trans parents who are unable to flee. She is afraid that more trans kids will experience the same thing she experienced when she found her son, aged 9, after a suicide attempt.

She said, "I hate that this is going to keep kids from living their truth." "Our state terrorizes us and tortures us. We did nothing wrong, except to love our children and want them to be healthy." 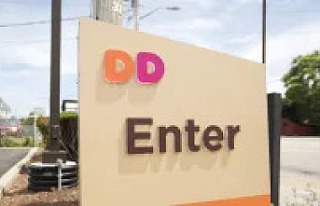