Texas is under severe thunderstorm watches, while parts of Texas are under wildfire watch as multiple blazes continue their destruction

On Tuesday, Texas Governor Greg Abbott urged residents to "remain vigilant" because parts of the state could experience severe thunderstorms while others could face "extreme fire danger" within the next day. Officials continue to battle a series wildfires in central Texas.

"With both extreme fire dangers and severe storms predicted in Texas today, it is crucial that Texans monitor weather reports, heed guidance provided by local officials, take appropriate measures to protect lives and property," said the governor. "The State of Texas has been working closely to respond to wildfire-related dangers. It is also prepared to handle any severe weather emergencies.

There have been several wildfires in Texas for the past few weeks. Since Sunday afternoon, firefighters in Coryell County are fighting a series wildfires known as the Crittenburg Complex. According to the Texas A&M Forest Service , the fire was at 33,206 acres, and 55% contained by Tuesday evening.

Nearly 200 residents were evacuated Sunday because of the Crittenburg Complex wildfires. However, they have been permitted to return home according to Inciweb. This interagency management system is provided by the United States Forest Service. Residents of Flat, Fort Gates, and Gatesville were advised to be alert for possible evacuations.

Inciweb stated that there is a high chance of fire growth due to the combination of low humidity and strong winds in the next few days. According to U.S Army Garrison Fort Hood, officials have deployed military aircraft and bulldozers to control the flames.

The Eastland Complex is another wildfire cluster that has been reported to be at 54,513 acres with 90% contained. This was tweeted by the Texas A&M Forest Service Tuesday evening. There are many other fires still burning in central and western Texas.

Residents in the north, east, and central parts of Texas may be subject to severe storms that could bring large hail, wind gusts and flash flooding. On Tuesday, the National Weather Service issued severe thunderstorm watches as well as wind advisories to several counties in Texas.

The NWS advised that those living in affected areas should have multiple options for receiving warnings and a plan of action in case of severe weather,.

1 A high school athlete raises over $13,000 for a best... 2 The U.S. is preparing for a potential increase in... 3 Biden signs bill declaring federal hate crime lynching... 4 Operation manual suggests that a teenager who fell... 5 In the United States, home prices rose 19% and in... 6 Window Shutters: More Versatile Than You Thought 7 End May 23rd, COVID-19 will limit asylum at the US-Mexico... 8 By 2026, new vehicles will average 40 mpg. This is... 9 Judge affirms Ghislaine Maxiwell's conviction... 10 Some family mysteries could be solved by using census... 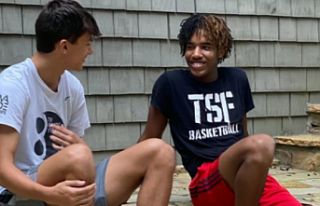