Three mushers are punished by Iditarod for sheltering dogs during windstorms

Three other mushers were forced to shelter their dogs by a fierce winter storm on the final stretch of the Iditarod Trail Sled Dog. 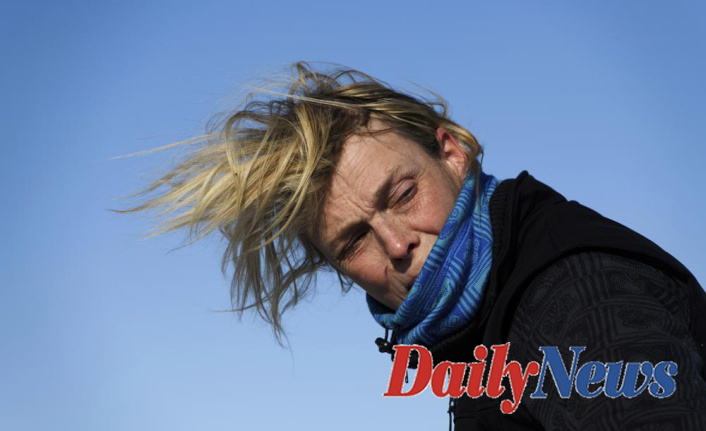 Mille Porsild from Denmark, Michelle Phillips from Canada, and Riley Dyche, Fairbanks, were fined for taking dogs into shelter cabins to ride out storms with winds so strong that they created white-out conditions. The Anchorage Daily News reported on Friday.

Mark Nordman, race marshal, made the decision to penalize the mushers. He stated that indoor rest for the dogs was a competitive advantage over teams who trailed them to Nome.

Nordman stated that there was no doubt that Michelle and Mille did what was right for their dogs. It also affected future racers."

Phillips fell one spot to 18th place, while Porsild dropped from 14th to 17. Dyche was not demoted from the standings but he was fined $1,000 after officials found that there weren't any other mushers within his reach who would have been affected if the dogs were allowed to rest inside.

Brent Sass won the race over Alaska, which was nearly 1,000 miles (1,609 km) long. He was also affected by the storm as he was about to reach Nome. He claimed that he fell from the sled, couldn't see any of it and was afraid he would have to ride through the storm with his dogs.

Although the Iditarod did not make the story public, the demotion of the three muzers drew immediate criticism from People for the Ethical Treatment of Animals (PETAA), who responded with a sharp retort.

PETA Executive Vice President Tracy Reiman stated in a statement that "nothing makes it more clear that this death race has to end than the Iditarod handing mushers a fine as punishment because they acted to prevent dogs from dying."

She demanded cruelty charges be brought against mushers who left their dogs outside when they were in shelter cabins. "Cruelty has been baked into this deadly race and it's now that it must stop."

Porsild supported her decision to bring the dogs in.

Michelle wrote that stopping and having the dogs in shelter cabins gave Michelle and me no competitive edge. In fact, we both lost the edge -- especially me and our team." She told the Daily News from Denmark.

Iditarod rules state that dogs must not be kept in shelters unless they are being treated or examined by race veterinarians. The Iditarod rulebook entry immediately following that one states: "There will not be cruel or inhumane treatment for dogs." Cruel and inhumane treatment refers to any action or inaction that causes a dog unnecessary pain or suffering.

Four mushers, Matt Hall, Mitch Seavey three-time champion, Lev Shvarts, and Joar Leifseth Usom, filed complaints against Phillips and Porsild. Hall and Seavey were each promoted one spot after Phillips and Porsild were demoted. Shvarts was moved up two spots.

Porsild explained why she did it in an email to Nordman following the race. "It was clear to me that my dogs being left unprotected in such conditions could cause death or injuries to their dog(s)," Porsild wrote.

Phillips posted on Facebook, "With no natural winds breaks or materials to shelter them, I made what was best for my dog’s welfare in that extreme circumstance."

Dyche, who also took his team to a shelter cabin in order to escape the storm, was also fined for failing to inform race officials.

Dyche stated that although he was aware it was against the law to allow dogs inside, he couldn't help but feel guilty after failing to make a windbreak. He stated that he was certain he had made the right decision after he sat with the dogs in the cabin for 24 hours, listening to the wind pound the cabin.

Race officials did not inform Porsild of her demotion when she returned to Norway following the race. Phillips informed her of the demotion several days later.

Phillips shared on Facebook that she was retiring from the Iditarod. 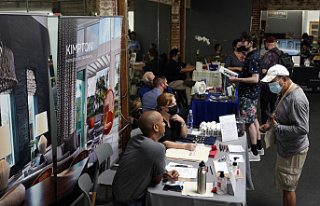