According to a Friday state-commissioned report, Virginia's state agencies "lost situational awareness" during the January snowstorm that left hundreds of motorists on Interstate 95. 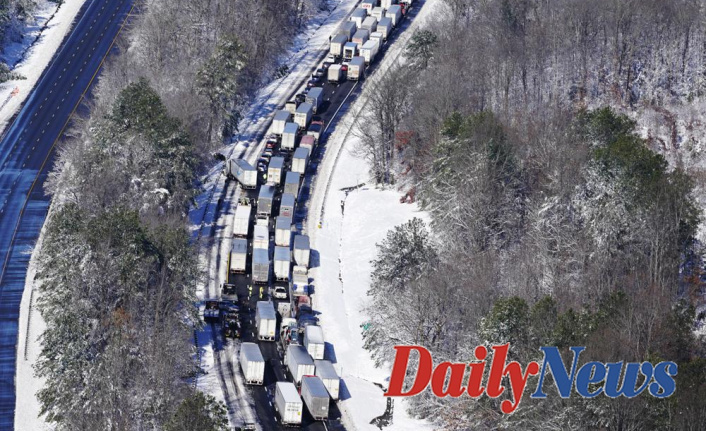 The 41-page report provided suggestions for improving emergency response, but it didn't assign blame to any one person or agency. It pointed out that first responders were faced with unusually heavy snowfall, more than normal traffic, and staffing shortages due to COVID-19 -- all while having to deal with congestion on the highway corridor.

Officials from the Virginia Department of Transportation, as well as leaders of other departments, pledged to fully review the report and all its recommendations.

Gridlock in the vicinity of the capital did not cause any injuries or deaths. However, motorists were furious at the gridlock, with some stranded overnight on Monday Jan. 3 and Tuesday Jan. 4, pleading for help via social media.

The report also included a detailed timeline. The report noted that plowing began when snow started accumulating and that earlier rain meant roads could not be pretreated.

The report stated that traffic accidents started just before 4 AM Monday. Conditions worsened for hours with heavy afternoon congestion and traffic jams. The snowfall increased, with three inches per hour being reported in the Fredericksburg region south of Washington, D.C. The snowplows were unable to keep up.

According to the report, traffic jams continued to grow and, by Wednesday morning, there were numerous clusters of disabled vehicles and tractor-trailers along I-95's 40-mile (65-kilometers) stretch.

The report states that alternate routes were blocked and problems arose. "State agencies lost their situational awareness collectively and couldn't verify the extent and location of the blockages."

According to the company, this was due in part to a number of technological challenges. These included a failure of a traffic camera during widespread power outages; an issue with a generator at a Virginia State Police communications centre; severe communications problems with inoperable cell towers; as well as a failure of VDOT's real-time traffic information system.

The report stated that information also came in via social media posts, but the responding agencies did not have a plan to use these "non-traditional" data sources to create an operational picture. It added that "information wasn't conveyed to agency leaders in real time."

During this time, VDOT districts were affected by COVID-19-related staff shortages. Virginia State Police also had "widespread staffing problems" prior to the storm, according the report.

The report stated that passenger traffic was up more than usual due to recent holidays and flight cancellations. Supply chain problems partly explains the rise in "just-in time" trucking since 2019.

This report addresses questions that were frequently raised after the snowstorm. It also addresses why the then-Gov. Ralph Northam (Democrat) did not activate Virginia's National Guard.

According to the report, state officials had considered the possibility, but Northam noted that the Guard was not a quick-react force.

According to the report, even if activated, the Guard would have little or no effect on "situations already in progress".

It also addressed the question of why no more assistance was provided to stranded motorists. It stated that state officials considered it the best strategy to keep the highway clear.

Republican Gov. Glenn Youngkin, and other members of his administration, took aim at Northam's office and his government.

Youngkin stated in a press release that the report revealed that "the previous administration's leaders did not properly prepare and communicate."

Youngkin was sent a letter by Transportation Secretary W. Sheppard Miller III, and Public Safety Secretary Robert Mosier. They claimed that there was almost no involvement from the Governor or his senior staff.

Northam's name was only mentioned once in the report. It did not include any other interviewees from his office. The interview selections were not explained in the report.

CNA, a non-profit research and analysis organisation, produced the report. CNA has done similar work for the U.S. Navy as well as local, state, and federal agencies. The report said that it used documents such as situation reports, real time planning documents, news articles and interviews, among others.

The report included a warning to motorists.

It stated that the public also has to be informed about road conditions during snowstorms and traffic and should make informed decisions before using the roads.

1 Alaska Airlines cancels many flights because pilots... 2 Will Smith's slap ignites debate about Black... 3 Four men are charged by Gov. Whitmer kidnapping plot 4 New Mexico opens cannabis sales to Texans 5 Pennsylvania officer killed was one month away from... 6 House votes to decriminalize marijuana, but Senate... 7 Dress rehearsal: NASA's last test of the moon... 8 West to receive more extreme climates: Fire and rain 9 As the US welcomes Ukrainians, African refugees are... 10 Prison for man who park weapons near Capitol 1/6 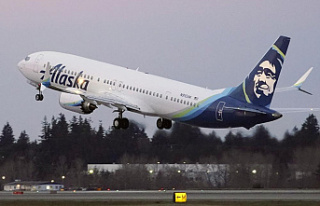