A public suicide in Iran spotlights anguish over economy

TEHRAN (Iran) -- Ruhollah Parzideh, a 38-year old with a thick mustache, gray hair and flecked with grey, was in desperate need of a job. A father of three from southern Iran entered a local office of a foundation that assists war veterans and their families to plead for help. TEHRAN (Iran) -- Ruhollah Parzideh, a 38-year old with a thick mustache, gray hair and flecked with grey, was in desperate need of a job. A father of three from southern Iran entered a local office of a foundation that assists war veterans and their families to plead for help.

Local media reported that Parazideh threatened to throw himself off the roof of their house if they didn't help him. Parazideh refused to compromise, and offered a small loan.

Soon he returned to the gates and poured gasoline on himself. He also lit a match to his neck. Two days later, he died of his burns on Oct. 21.

It brought to light the growing public anger and frustration at Iran's economic collapse, rising unemployment and skyrocketing food prices.

He died outside the local office for the Foundation for Martyrs and War-Disabled People. This powerful and wealthy government agency aids the families of those who were killed or wounded during the 1979 Islamic Revolution in Iran and subsequent wars.

Mina Ahmadi, a student from Beheshti University north Tehran, said that she was shocked to hear the news. "I believed that the families of the (war) victims received generous support from government."

The foundation is a key player in Iran's recognition of its war dead from the conflict in Iraq. The foundation started providing housing, loans, pensions and education after the revolution.

Parazideh's suicide led to the firing of two top provincial officials by the foundation. They also demanded the dismissal the governor's veteran affairs advisor and a social worker. Local media reported that they were critical of their inability to refer the man to a hospital or other help.

The worst effects reached the highest levels government. Ayatollah Sharfeddin Malakhosseini was an advisor to Supreme Leader Ayatollah Ali Khamenei and called the case a warning for officials to "get rid of poverty, unemployment, and the disruptions of social ties."

Parliament launched an investigation in 2014 into one of the banks that was affiliated to the foundation, for allegedly embezzling $5 Million. The findings of the investigation were not revealed.

It is well-known that the foundation funnels financial support to Islamic militant organisations in the region, including Hamas in Gaza and Hezbollah, Lebanon. The U.S. sanctioned the foundation in 2007 for supporting terrorist activities.

Parazideh's suicide is one of many recent cases that were driven by economic hardships.

In recent years, self-immolations have killed at least two veterans and left the wife of a disabled veteran with injuries.

According to the reformist daily Etemad, suicides increased in Iran as the coronavirus pandemic caused economic havoc.

Many in the Middle East feel that the act of self-immolation, which was used in Tunisia by Mohammed Bouazizi (a fruit vendor) to protest economic woes and lack of opportunities, evokes discontent.

Reza Hashemi, a Tehran high school literature teacher, said that she doesn't know where the country is headed because of poverty.

Donald Trump, then-President, withdrew America's landmark nuclear deal with Iran and imposed sanctions on Iran in 2018, causing further problems for an oil-dependent economy already plagued by inefficiencies. The economic despair has been exacerbated by the pandemic. Around 1 million Iranians have lost jobs and the unemployment rate has risen to over 10%. This is almost twice the rate among youths.

In the five months since the election of Ebrahim Raisi, negotiations to revive the Atomic Agreement have stalled. This has allowed Tehran to continue with its nuclear program. The European Union announced Wednesday that talks between Iran and world powers on revitalizing the agreement would resume in Vienna on Nov. 29. This announcement raised modest hopes that the Biden administration could revive the accord.

Mohammad Qassim Osmani (a representative of the Audit Organization Services), a government watchdog, stated that "it's impossible for people to hide their discontent with the economic system." "The country's structure is flawed and sick. We need an economic revolution."

Iran's currency, rial, has lost more than half of its value since 2018. The loss has not been compensated by wages.

In a televised debate, Hamid Reza Hajbabaei (head of the parliamentary budget commission) stated that "about 40 million people in this country need immediate and urgent help." This is nearly half of the population.

Deepening poverty is more than just numbers. It has become a part of everyday life. More people can be seen looking through trash to find something for sale on Tehran's streets. Children make trinkets and sell tissues. A decade ago, it was rare to see panhandlers at intersections.

The already difficult justice system is being challenged by an increase in petty theft. A Tehran court sentenced a father aged 45 to three months and 40 lashes last week for taking a few peanut packs.

Tehran's chief detective in police Gen. Ali Reza Lotfi attributed the rise in crime to the economy, noting that more than half of the detainees last years were first-time criminals.

Raisi has been able to manage the economic pressures. Raisi frequently reiterates his campaign promises to create 1,000,000 jobs through tourism and construction projects.

Many low-wage workers are the ones who have lost their hope.

A 32-year old teacher in deep debt committed suicide in Guerash, South Carolina, last month after his request for $200 in loan was rejected by a bank. 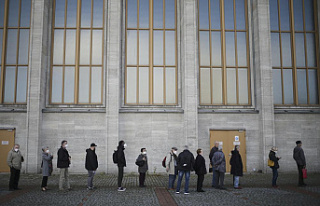