100 Days War: This is the final break with Russia

In the first 100 days, despite the horrors of war, Ukraine adjusted to the new reality and resigned itself to a potentially long duration of fighting. 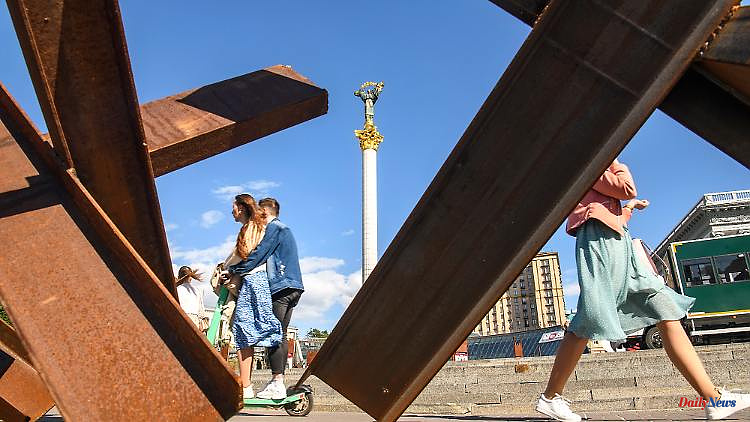 In the first 100 days, despite the horrors of war, Ukraine adjusted to the new reality and resigned itself to a potentially long duration of fighting. There is a consensus in society - also about a fundamental break with Russia.

For 100 days Ukraine has been confronted with the large-scale Russian war of aggression. The Ukrainian army destroyed the maximum Russian plans, for example to occupy the capital Kyiv. However, around 20 percent of Ukrainian territory is currently occupied. In addition to the Crimean Peninsula and eastern Ukrainian Donbass, parts of the Cherson, Zaporizhia and Kharkiv districts remain occupied. The situation is particularly difficult in the Luhansk region, where the Russians have already advanced close to the administrative border of the region.

After an initial shock, Ukraine experienced a major patriotic surge when it was realized that the Ukrainian army was capable of defending itself against the Russian invasion. Even today, the shock has not yet been completely overcome, but in the meantime people have had to come to terms with the fact that the war will last longer than they had hoped. "People have come to terms. That was certainly difficult for many, but this is about the essentials," says Ukrainian political scientist Petro Oleschtschuk from Kiev's Shevchenko University ntv.de.

That's also the impression one gets in Podil, the historic district of Kyiv, where normal life - apart from several air raid alarms a day - is increasingly returning. Almost all shops have now reopened, only a few international chains are still closed. The small number of cars in Podil is striking, which has to do with the shortage of fuel. Kyiv was last hit by a Russian missile five weeks ago. Since then, several missiles aimed at Kyiv have been shot down, which speaks for the high quality of Kiev's anti-aircraft defense.

Petro Oleshchuk says the Ukrainians take a realistic view of the situation at the front. "One is certain of victory, but no one believes in immediate miracles. But there is an understanding that half-steps like some kind of new Minsk agreement are pointless and that the Russia problem really has to be solved this time." That's how law student Alina sees it: "There's nothing left but to keep fighting and living. The masks have come off: everyone now understands that Russia won't leave us alone," says the young woman. "This war simply leaves us no alternative," agrees her friend Andriy. "Because the Russian occupation is not an option. That's why we have to win it."

"We are indeed experiencing a major consolidation of society," says political scientist Oleschtschuk. "Even in politics, apart from minor details, there are almost no internal quarrels, which is highly atypical even for crises." With its attack, Russia wanted to show that the Ukrainian nation does not exist. "But they exist, they have become much stronger and they also clearly exist in occupied cities like Cherson and Melitopol." Here, Putin has achieved the opposite of what he wanted to achieve, says Oleshchuk: "In Ukraine, for example, there is a spontaneous de-Russianization of street names, which comes from the communities and above all from the people. It is the process of final decolonization that I can't stop it from my point of view."

As early as 2014, sympathy for Russia in Ukraine had waned significantly, even in the predominantly Russian-speaking south-eastern regions of the country. The reason was the annexation of Crimea and the start of the war in Donbass. This process has now accelerated again. According to surveys by the Kiev International Institute of Sociology, in early February, before the war, 34 percent of Ukrainians had a positive attitude towards Russia, although the question indicated that the country was meant, not the Putin regime. In the current survey, it is only two percent. Even in eastern Ukraine, this value is only four percent.

"This is the final break with Russia for decades, which looks similar in Lviv, Ivano-Frankivsk, Odessa or Kharkiv," says Oleshchuk. "People don't want to have anything to do with Russia anymore. And actually they also understand that the real victory will only be achieved with the full restoration of Ukraine's territorial integrity. It's a hard, long, complicated road, but, as I said, the time for half steps is over." This is also reflected in the survey. According to the Kiev Institute, 82 percent of Ukrainians reject any territorial compromise with Russia. In the east it is 68 percent.

"This war is an opportunity for internal change in Ukraine," writes Ukrainian political scientist Oleh Posternak on Facebook. The mistake of the Donbass war was that many Ukrainians did not personally perceive it as an existential challenge. "The unfavorable Minsk agreements were born out of this fear of the truth. Now it is important that this does not happen again, while in many places normal life is partially returning." 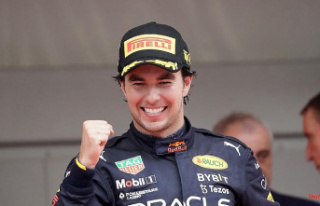