As part of the rapid reaction force, the frigate "Mecklenburg-Vorpommern" is intended to strengthen NATO's northern flank. 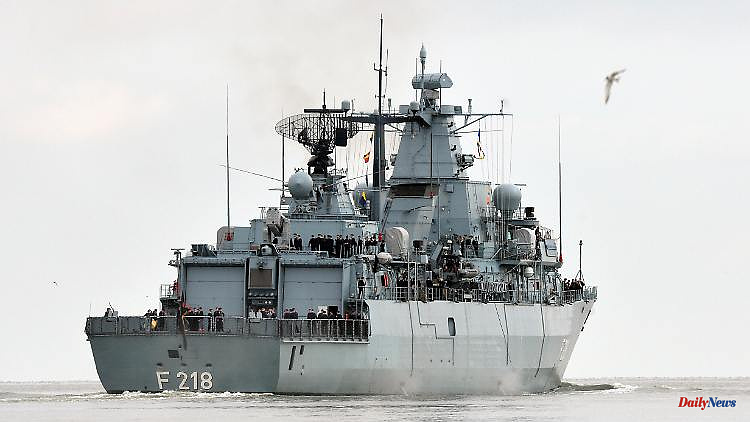 As part of the rapid reaction force, the frigate "Mecklenburg-Vorpommern" is intended to strengthen NATO's northern flank. The warship sets sail in Wilhelmshaven, with around 220 Bundeswehr soldiers on board. A contribution to the defense of the alliance, says the frigate captain.

The German frigate "Mecklenburg-Vorpommern" left Wilhelmshaven to help secure the northern flank of NATO. The warship is also to become part of the military alliance's rapid reaction force in the coming months, according to the naval command. Around 220 soldiers, including crew members from Slovakia, are on board the almost 140-metre-long frigate. This also includes a medical specialist group and naval aviation with two on-board helicopters.

"Following an interim repair, the ship and the crew have now completed a good nine months of operational training with a clear focus on national and alliance defense tasks," said Commander Hendrik Wißler, according to a Navy statement. The commander explained that it was now a matter of bringing in these skills as part of NATO's rapid reaction force, demonstrating operational readiness and thus contributing to the defense of the alliance.

The frigate left port this morning. The Parliamentary State Secretary in the Federal Ministry of Defense, Siemtje Möller, and her Slovakian colleague Marian Majer came to the base to say goodbye. Families and friends of the crew and a marine corps also attended.

The Bundeswehr did not name the exact location - in general, the sea area of ​​​​NATO's northern flank extends over the Baltic Sea, the North Sea and the North Atlantic. At the end of February, shortly after the start of the Russian attack on Ukraine, several German naval ships were dispatched from Kiel to the Baltic Sea. According to current planning, the "Mecklenburg-Vorpommern" is expected to return to Wilhelmshaven in July. In the past, the warship was used, among other things, in "Operation Enduring Freedom" as part of the US-proclaimed fight against terror.

1 Regulation for heirs: acceptance of the estate without... 2 Curious accident in the hospital: patient found after... 3 Senate approves disciplinary sanction: Bundeswehr... 4 Russian occupiers in Cherson: when you suddenly pay... 5 "The patent is still there": Dispute over... 6 More dogs end up in animal shelters: the dog boom... 7 "I'm no longer in pain": Schotte gets... 8 Bavaria: Going too fast: More speed violations on... 9 Baden-Württemberg: motor boat sinks on Lake Constance 10 Thousands of soldiers, 75 aircraft: maneuvers planned... 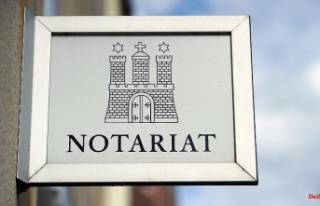 Regulation for heirs: acceptance of the estate without...