Since the beginning of the year, the activists of the group "Last Generation" have paralyzed traffic in Berlin in several waves. 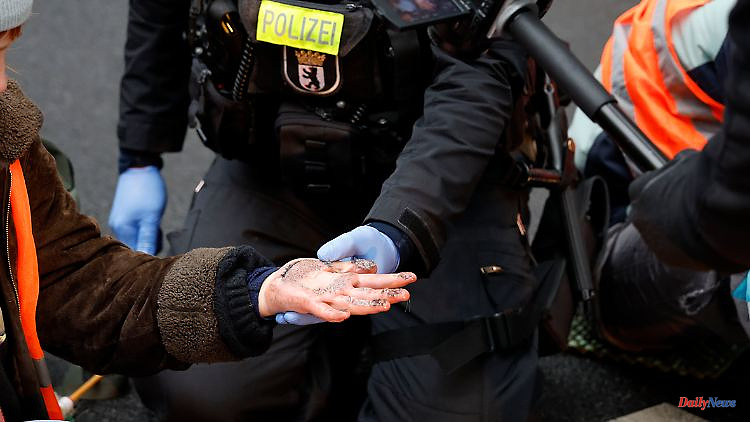 Since the beginning of the year, the activists of the group "Last Generation" have paralyzed traffic in Berlin in several waves. This not only causes trouble, but also work for the authorities. The chief of police takes stock.

In just under a year, climate protection demonstrators have blocked streets 276 times in the capital Berlin alone. In addition, there were 42 other actions, some of which were criminal, by mid-December, said police chief Barbara Slowik. In total, there are already 2,200 criminal charges and 600 fine notices.

The police counted 220,000 emergency services hours by police officers on the subject. That was an extreme effort, Slowik emphasized: when observing troublesome traffic junctions and buildings, detaching demonstrators who were glued to them, blocking off intersections and diverting traffic. In addition, there is the working time for investigations, prosecution of criminal and administrative offenses and fine proceedings.

In the second half of January 2022, the group "Last Generation" started the blockades. The first wave of actions lasted until the spring, followed by a second wave in the summer and a third since October. The group then traveled to other cities and airports.

In Munich, unlike in Berlin, the police had taken several climate activists into longer-term police custody. Ten activists between the ages of 18 and 50 must be held in custody until January 5. The protesters were also reported for coercion and violation of the general decree, which bans adhesive protests on all roads that are particularly critical for rescue operations and so-called hazard prevention measures, as well as on motorways, until January 8th.

"This is one of the last Christmases that we can come to our senses and take responsibility for stopping the destructive course," said Judith Beadle, one of the activists for whom detention until January 5 was ordered. "I'd rather not celebrate Christmas with my children than watch their future being stolen from them," she added. 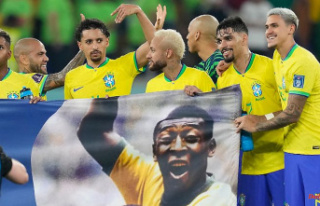 "One more night together": Daughter sends...